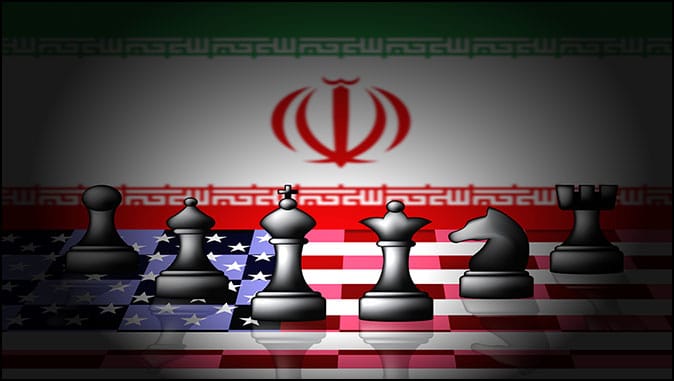 The Biden administration, in an attempt to revive the nuclear deal, is continuing to forge ahead by negotiating with the government of Ebrahim Raisi, known — for his crimes against humanity and his involvement in a massacre of nearly 30,000 political prisoners — as the “Butcher of Tehran.”

First of all, the Biden administration’s objective is not to halt Iran’s deeply flawed nuclear program permanently — the biggest flaw being that in a few years, Iran is permitted in its “sunset period” to have as many nuclear weapons as it likes — but just to limit Iran’s program for a period of time while removing the sanctions that hurt it economically.

The Biden administration has suggested a new sunset period of 25 years — assuming the Iranian regime does not lower it to 10 or 5 years. This will allow the Islamic Republic to resume enriching uranium at any level they desire, spin as many advanced centrifuges as they want, make its reactors fully operational, build new heavy water reactors, produce as much fuel as they desire for the reactors, and maintain higher uranium enrichment capability with no restriction after the period of the agreement. All that is really needed is for Iran to stop enriching uranium. Totally. No enriched uranium, no nukes. But the realistic chances of Iran complying with anything even resembling that are less than zero.

Technologically speaking, after Iran becomes a nuclear threshold state, it is just a matter of weeks to convert the materials into weapons grade material.

In addition, after having lifted some of the sanctions, the Biden administration is also planning to lift the remaining sanctions against Iran’s regime on the first day of agreement — before Iran has even complied with anything. Washington will then effectively have no actual leverage against the regime. Iran will immediately join the international community, increase its oil sales and trade, and the ruling clerics will ensure their hold on power, eliminating at least the economic danger that accompanies massive domestic unrest and threatens even further the mullahs’ repressive hold on power.

This is the same dangerous mistake that the Obama administration made. In 2015, the Iranian regime received an extremely favorable deal from the “P5+1”: China, France, Russia, the United Kingdom and the United States, plus Germany. All four rounds of UN sanctions that were putting pressure on Iran — which had taken decades and a significant amount of political capital to put in place — were lifted on day one.

If all sanctions again are lifted immediately upon the revival of the nuclear deal, and Iran later decides to breach the terms of the nuclear deal, the West will no longer find a consensus in the UN Security Council to reimpose sanctions on Iran: China and Russia will vote no. This scenario already took place in 2020. When the International Atomic Energy Agency announced that Iran was violating all restrictions of the nuclear pact, the US could not get the backing of Russia and China, or even the consent of the EU3 (France, the UK and Germany), to reimpose sanctions on Iran.

Finally, the Biden administration has not so much as mentioned curbing Iran’s intercontinental ballistic missile (ICBM) program. Iran’s ICBM program is linked to the regime’s nuclear program. A report by Iran’s state-controlled Afkar News, with the headline “American soil is now within the range of Iranian bombs,” stated:

“The same type of ballistic missile technology used to launch the satellite could carry nuclear, chemical or even biological weapons to wipe Israel off the map, hit US bases and allies in the region and US facilities, and target NATO even in the far west of Europe.”

The report also boasted about the damage the Iranian regime could inflict on the US:

“By sending a military satellite into space, Iran now has shown that it can target all American territory; the Iranian parliament had previously warned that an electromagnetic nuclear attack on the United States would likely kill 90 percent of Americans.”

The international community also witnessed how the Iranian regime expanded and launched more ballistic missiles after the 2015 nuclear deal despite the UN Security Council resolution that states:

“Iran shall not undertake any activity related to ballistic missiles capable of delivering nuclear weapons, including launches using ballistic missile technology, and that States shall take all necessary measures to prevent the transfer of technology or technical assistance to Iran related to such activities.”

Why would the Biden administration want to propose a nuclear deal with the Iranian regime that will only empower and embolden the malign actions of the ruling mullahs?