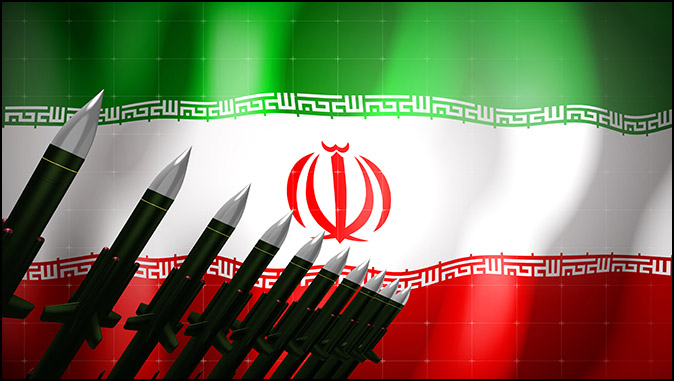 The Dangerous Nexus: Russia and Iran’s Mullahs
By Majid Rafizadeh

The Iranian regime is now providing weapons and troops to Russia with full impunity. What are the ruling mullahs of Iran getting in return?

First of all, Iran’s theocratic establishment is rushing to cross the nuclear threshold in order to become a nuclear-armed state. Iran wants Russia to help it bolster and speed up its nuclear program. On October 24, Ukrainian President Volodymyr Zelensky accurately warned:

“In eight months of full-scale war, Russia has used almost 4,500 missiles against us. And their stock of missiles is dwindling. Therefore, Russia went looking for affordable weapons in other countries to continue its terror. It found them in Iran.”

“I have a question for you – how does Russia pay Iran for this, in your opinion? Is Iran just interested in money? Probably not money at all, but Russian assistance to the Iranian nuclear program. Probably, this is exactly the meaning of their alliance.”

The Iranian regime, which has long argued that it is not seeking to develop nuclear weapons due to Supreme Leader Ayatollah Ali Khamenei’s reported “fatwa” forbidding such an act, has lately changed its tone and is boasting that it currently has the ability to build a nuclear bomb.

Kharrazi added that “what we want is a Middle East without any nuclear weapons” — most likely meaning that only Iran will hold onto nuclear weapons, but not any other country.

Other Iranian officials have also come out admitting that the regime’s nuclear program was always designed to manufacture nuclear weapons. In April, it was reported that former deputy speaker of the Iranian Parliament Ali Motahari said:

“From the very beginning, when we entered the nuclear activity, our goal was to build a bomb and strengthen the deterrent forces but we could not maintain the secrecy of this issue.”

The former head of the Atomic Energy Organization of Iran, Fereydoon Abbasi-Davani, also acknowledged that his work was part of a “system” designed to develop nuclear weapons. According to a report from November 2021:

“Abbasi claimed that Fakhrizadeh had been targeted by Iran’s enemies for years, but ‘when the country’s all-encompassing growth came concerning satellites, missiles, and nuclear weapons, and [Iran] crossed the various frontiers of knowledge, the issue became more serious for them.'”

The Biden administration’s non-existent leadership has helped the ruling mullahs to buy time in the last two years and speed up their nuclear program, increasing their uranium enrichment from 20% to 60%, conducting uranium metal research, development and production, and adding additional advanced uranium enrichment centrifuges. The emboldened regime of the mullahs even announced that they would not allow the International Atomic Energy to see images of the centrifuges.

Even a joint statement issued by the UK, France and Germany stressed that Tehran “has no credible civilian need for uranium metal R&D and production, which are a key step in the development of a nuclear weapon.”

Russia and Iran previously worked together to construct several nuclear reactors in Iran and advance the regime’s nuclear technology.

Biden’s new nuclear deal, if reached, will also allow Russia to cash in on a $10 billion contract to further expand Iran’s nuclear infrastructure. US Secretary of State Antony Blinken has stunningly made it clear to US lawmakers that the Biden administration will not stand in the way of Russian-Iranian nuclear cooperation and Russia cashing in on the $10 billion contract. State Department spokesman Ned Price repeated the Biden administration’s stance by pointing out:

“We, of course, would not sanction Russian participation in nuclear projects that are part of resuming full implementation of the JCPOA”.

Sadly, this still seems to be the legacy that the Biden administration wants to leave: Iran’s predatory regime, the top state sponsor of terrorism, armed with nuclear bombs, and an empowered Russia that does not hesitate to use aggression and military force to invade other countries.

No wonder Biden is being called a “Russian stooge.”