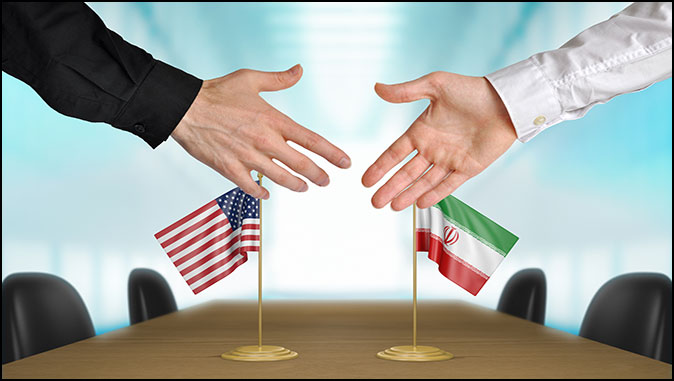 As part of its “diplomacy”, the White House first told the Iranian leaders not only that it is willing to lift nuclear-related sanctions, but also that it is considering lifting non-nuclear related sanctions. This was followed by the first concession toward Iran’s proxy militia group, the Houthis. Even as the evidence — including a report by the United Nations — showed that the Iranian regime was delivering sophisticated weapons to the Houthis in Yemen, the Biden administration suspended some of the anti-terrorism sanctions on the Houthis that the Trump administration had imposed. Soon after, the Biden administration revoked the designation of Yemen’s Houthis as a terrorist group.

Additionally, in June 2021, the Biden administration lifted sanctions on three former Iranian officials and several energy companies. Then, in a blow to the Iranian people and advocates of democracy and human rights — a few days after the Iranian regime hand-picked a purported mass murderer, Ebrahim Raisi, to be its next president — the Biden administration announced that it was also considering lifting sanctions against Iran’s Supreme Leader Ayatollah Ali Khamenei.

Not only has the Biden administration’s diplomatic route lifted some of the sanctions on the Iranian regime and its Houthi proxy, the administration has also looked the other way regarding the Islamic Republic’s malign actions in the region. The Biden administration, for example, seems not particularly to have cared about the successful forfeiture of two large caches of Iranian weapons, as the US Department of Justice announced on December 7, 2021. These interceptions reportedly included advanced arms such as “171 guided anti-tank missiles, eight surface-to-air missiles, land attack cruise missile components, anti-ship cruise missile components, thermal weapon optics and other components for missiles and unmanned aerial vehicles [drones]”. The Biden administration also remained silent after the U.S. Navy seized Iranian petroleum products from “four foreign-flagged tankers in or around the Arabian Sea while en route to Venezuela,” which the Department of Justice described as “the government’s largest-ever forfeitures of fuel and weapons shipments from Iran.”

The Biden administration also seems not to be taking any firm stance against Iran’s violations of US sanctions and UN Security Council resolutions. Iran’s move, for instance, to ship oil to Syria and Hezbollah is a direct violation of US sanctions, and the shipments of weapons headed to the Houthis in Yemen is yet another violation by Iran of UN Security Council Resolution 2140:

The Biden administration also appears to look away when the Iranian regime cracks down on its own protesters. Recently, thousands of farmers and other demonstrators in the province of Isfahan rose up against the Islamic Republic, poured into the streets and criticized government officials over a severe water shortage. In response, the regime cut off access to the Internet; security forces fired shotguns and tear gas at the protesters, intentionally targeting their heads and eyes, according to reports. The result, not surprisingly, was deaths and hundreds of injuries. As #BloodyFriday trended on Twitter, not a word of condemnation could be heard from the White House. The organization Iranian-Americans for Liberty pleaded with the Biden administration to stand with the protesters:

Sadly, throughout history, “diplomacy” without the credible threat of a military follow-up (emphasis on the credible) can easily be regarded as just a “toothless” bore.

The Biden administration’s policy of “diplomacy” towards the Iran’s ruling mullahs seems in reality to be nothing more distressing to the ruling mullahs than a soggy pile of concessions and capitulations that, far from stopping their predations, will only empower and embolden them.