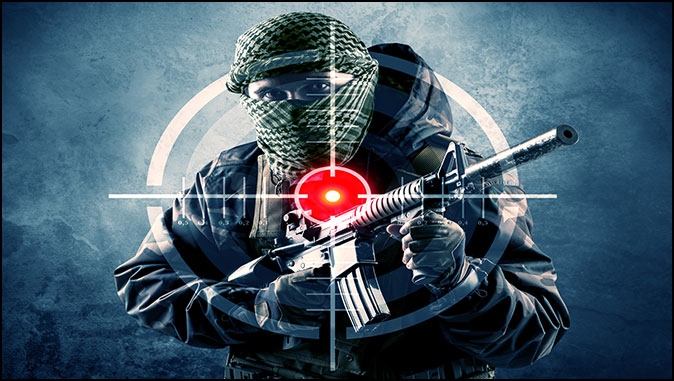 The Al-Qaeda Leader Elimination in Tehran Embarrasses Iran
The message to terrorists is that the U.S. and Israel don’t forgive or forget.
By Joseph Puder

Arch-Terrorist Abdullah Ahmed Abdullah, also known by the name Mohammad al-Masri, a leading member of the Al-Qaeda terrorist group, was assassinated, apparently by Israeli agents, in Tehran, Iran, at the request of the U.S., or more specifically the CIA. The timing of the revelation was aimed to embarrass the radical Shiite-Muslim Iranian regime, just as the United Nations Security Council (UNSC) was about to deliberate on renewing the embargo against Iran. Moreover, exposing the fact that the Ayatollahs of Iran sheltered a leading al-Qaeda terrorist implicated in the 9/11 terrorist attack on the U.S. and other terrorist operations, should have given the UNSC pause to think about it. The Iranian regime, keeping the secret of harboring a notorious Sunni-Muslim, whose al-Qaeda organization targeted and murdered fellow Shite-Muslims, was bound to outrage many ordinary Iranians.

In a typical Taqiyyah Shiite form (meaning the practice of precautionary dissimulation or deceiving one’s enemy), the Iranian Foreign Ministry issued a statement denying the presence of any al-Qaeda members in Iran, accusing the U.S. and Israel of “trying to draw a link between Iran and such groups through falsification and the leakage of fabricated information in the media.”

Abdullah Ahmed Abdullah, the number two ranking official in al-Qaeda behind Ayman al-Zawahri, was the mastermind of the deadly 1998 attacks on the American embassies in Nairobi, Kenya and Dar es Salaam, Tanzania, which killed 224 people and wounded hundreds more. He was also involved in the November, 2002 attack on Israeli tourists in an Israeli owned hotel in Mombasa, Kenya. It was actually a double attack. At the hotel the al-Qaeda terrorists killed 3 Israelis and injured 20. In addition, they attempted to bring down an Israeli Arkia passenger plane with a missile. The successful Israeli operation to liquidate Abdullah three months ago, and 22-years after al-Qaeda’s destruction of two U.S. embassies was meant to send a message to terrorists worldwide, that neither Israel nor America forgive or forget murderous terrorists’ acts against them.

According to Yoram Schweizer, head of the Terrorism Project of the Institute for National Security Studies in Tel Aviv, “When al-Qaeda began to carry out terrorist activities in the late 1990’s, Abdullah was one of the three Bin Laden’s closest associates, serving as head of the organization’s operations section.”

Abdullah’s death had been rumored, but never confirmed until now. Al-Qaeda has not announced his death even though he was one of its top leaders. The Iranians covered it up, fearing embarrassment and possible outrage. Killing their protected guest in the heart of Tehran’s “Pasdaran” neighborhood, the residence of the Islamic Revolutionary Guard Corps (IRGC) leaders, would have exposed the weakness of the Iranian security apparatus. It would also show the hypocrisy of the regime that while fighting against an al-Qaeda affiliate in Syria’s Idlib province; it is harboring notorious al-Qaeda Sunni terrorists in Tehran.

Iran’s motivation in granting Abdullah refuge in Tehran was clearly self-serving and not merely Islamic charity. The Islamic Republic considered it a certain insurance policy that al-Qaeda would not operate inside Iran while their leader was detained there. Furthermore, they allowed Abdullah to freely operate against their common enemy – the United States. Of course, it was not the first time Shiite Iran joined forces with Sunni terrorists. Tehran still supports Arab Sunni-Muslim terrorist groups including Hamas and Palestinian Islamic Jihad in Gaza, operating against Israel, and the Taliban in Afghanistan fighting against U.S. troops.

The curious question is why wouldn’t the CIA, with all of its unlimited resources, carry out this punitive action against a most wanted terrorist? The F.B.I. offered a $10 million reward for information leading to Abdullah’s capture. The answer is twofold. First, Israel has a tried and true operational infrastructure in Iran, and has proven it by successfully penetrating and severely damaging Iran’s nuclear project. Israel has also been able to eliminate leading Iranian nuclear scientists. Israel’s Prime Minister Netanyahu presented to the world the Iranian nuclear archive that Israeli Mossad agents were able to extract. It exposed Iranian cheating on the JCPOA (Joint Comprehensive Plan of Action or the nuclear agreement between Iran and the U.S., U.K. France, Germany, China and Russia) and its intention of building a nuclear arsenal. Secondly, Israel had a score to settle with Abdullah over the killing of the Israeli tourists in Mombasa.

The U.S. did eliminate a major and well-known Iranian terrorist last January – General Qasim Soleimani. Soleimani, the head of the elite Quds Force, was a close associate of Iran’s Supreme Leader Ayatollah Ali Khamenei. He was also responsible for the death of many U.S. servicemen in Iraq and elsewhere. The U.S. did not however kill Soleimani in Iran, but rather in Iraq. It suggests that while Israel has an effective operational base in Iran, the U.S. does not. Hence, the CIA asked Israel to settle its score with Abdullah.

Close cooperation between U.S. and Israeli intelligence services is not new. One of the combined operations by the two intelligence services was in the elimination of the arch terrorist Imad Mughniyeh, the chief operational commander of Hezbollah who was done away with in February, 2008 in Damascus. Mughniyeh was behind the suicide bombing of the U.S. Marine compound in Beirut that cost the lives of 241 Marines. The same Mughniyeh was responsible for the bombing of the U.S. embassy in Beirut and the hijacking of a U.S. TWA jetliner, all in the 1980’s. For the Israelis, Mughniyeh was a ticking bomb with Israeli and Jewish blood on his hands.

Abdullah was much the same as Mughniyeh, with both Israeli and American blood on his hands. Born in 1963, and a native of Egypt, he became a professional soccer player in Egypt’s top league. Following the Soviet Union’s invasion of Afghanistan in 1979, Abdullah joined the jihadist movement fighting the Soviets in Afghanistan. While in exile (Egyptian authorities barred him from returning to Egypt) in Afghanistan, he joined Osama Bin Laden’s organization and became one of the founding members of al-Qaeda. In the early 1990’s, he joined Bin Laden in Khartoum, Sudan. In 1993, he helped Somali warlord Mohammad Farrah Aidid fight U.S. troops in Mogadishu, Somalia. Then, in 2003, following the operation in Mombasa, and fleeing from American capture after 9/11, he ended up in Iran, expecting to be out of reach for Americans and Israelis.

For American and Israeli societies, the sanctity of life is inviolable. America lives by the dictum “life, liberty, and the pursuit of happiness.” The terrorists violating this precious gift called life, especially innocent life, must know that the long arms of America and Israel will find them, and execute justice.

Rashida Tlaib...‘Racist State’...Here We Go Again Now she accuses Israel of denying her grandmother and…

Israel’s Normalization with Four Muslim Nations The good news - and the bad. By Raymond…

Even Europe Is Losing Patience with Iran’s Nuclear Antics