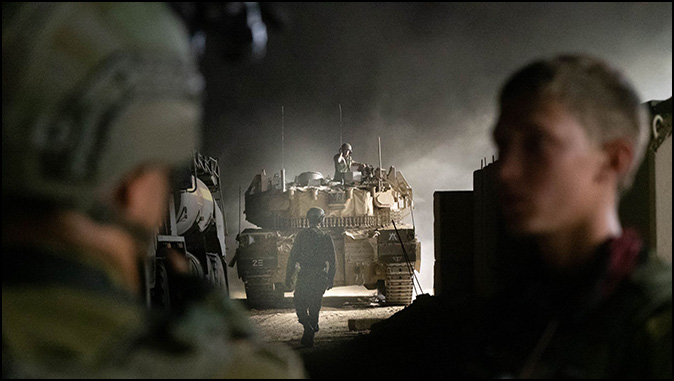 The three-day Gaza border clash between Israel and Islamic Jihad has come to an end with an Egyptian brokered ceasefire going into effect late Sunday evening. Objectively, Israel’s Breaking Dawn counterinsurgency operation was a resounding success, with Israel achieving all its objectives and Islamic Jihad being left battered and bloodied.

The Palestinian Islamic Jihad is an Iranian proxy group with no political echelon. It is designated as a Foreign Terrorist Organization by the United States and most of the free world. Unlike Hamas, which is also an Iranian proxy and a terrorist organization, Islamic Jihad has no community roots and does not partake in any Palestinian political processes. The relationship between Hamas and Islamic Jihad is part symbiotic and part adversarial. Hamas refrained from firing rockets at Israel in this round and Israel reciprocated in kind.

Islamic Jihad’s main military presence is in Gaza, but the group also maintains cells in Judea & Samaria (also referred to as the West Bank). Last week, Israel succeeded in nabbing Islamic Jihad’s West Bank chieftain, Bassem Saadi, and his deputy, Ashraf al-Jada, in a daring joint operation carried out by the Shin Bet, the Israel Defense Forces and the Border Police.

Following their seizure, Israel obtained concrete evidence of a plan by Islamic Jihad’s Gaza branch to execute an anti-tank missile strike at Israeli civilian traffic along Gaza’s periphery. Israel responded by closing roads near Gaza, but such a state could not be maintained indefinitely as it would result in severe disruption to normal day-to-day living.

That untenable situation left Israel with no option but to launch a preemptive strike to take out Islamic Jihad’s Gaza leadership. Acting on precise intelligence, Israel struck an apartment where Islamic Jihad’s head of northern operations, Tayseer al-Jabari, and his cohorts were congregating. Jabari and his commanders were instantly neutralized in that strike. Jabari was a ticking time bomb and immediate action was necessary to thwart a mega attack.

Islamic Jihad responded with indiscriminate rocket fire at Israeli civilian targets. According to the IDF, during the three-day clash, Islamic Jihad fired approximately 1,100 rockets, 200 of which landed within Gaza. Of the remaining 990 rockets, 380 were intercepted by the Iron Dome reflecting a 95% success rate. The remainder landed either in the sea or other non-critical areas. Iron Dome’s radars and integrated computer systems are designed to calculate the rocket’s trajectory and determine if the rocket will land in critical areas. If the system calculates that it will land in an open space, there’s no launch. There has been some speculation that Israel may have also deployed its newest wonder weapon, Iron Beam, an anti-rocket laser system but this rumor has not been confirmed and the IDF is not commenting.

Islamic Jihad admitted to the loss of 12 operatives, but the death toll may be higher given the propensity of these Palestinian terror groups to obfuscate their losses. The Palestinian health ministry, which is run by Hamas, claimed that a total of 35 Gazans were killed of whom 26 were civilians. But Israel was able to determine that 15 of those civilians were killed by misfired or errant Islamic Jihad rockets that fell short. Included in that figure were at least four children killed by an Islamic Jihad rocket that landed in the Jabalya refugee camp. Hamas, Islamic Jihad and their media supports, including the Qatari propaganda outlet al-Jazeera, tried to pin the blame for their deaths on Israel but Israel was able to get ahead of the story and presented irrefutable videographic evidence demonstrating that it was in fact, a terrorist rocket that caused the mayhem.

Aside from minor injuries, there were no Israeli casualties attesting to the effectiveness of Israel’s defensive capabilities and its offensive operations. Property damage was also minimal.

Egypt played a constructive role in brokering a ceasefire and the general Arab response, post-Abraham Accords, was muted, signaling a positive realignment of priorities and new political realities. There was a time when any Israeli action against terror groups would produce an instant robotic-like response from the Arab world, full of shrill and anti-Israel rhetoric, but no more.

In sum, Israel accomplished all of its goals and more during Operation Breaking Dawn, while Islamic Jihad was left to lick its wounds.