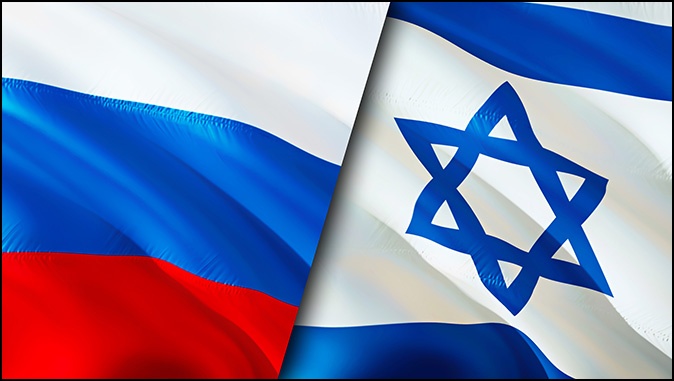 The Russians are furious with Israel for daring to bomb Damascus Airport. In the IAF raid, both the civilian and the military runways – the Damascus Airport has only two — were rendered inoperable. Russian Minister of Foreign Affairs Sergei Lavrov is outraged that Israel would hit such a “civilian” target and is preparing a Security Council Resolution against Israel. More on this planned Russian denunciation of Israel is here: “Moscow Works On UN Resolution Condemning Israel for Damascus Airport Strike: Report,” Algemeiner, June 19, 2022:

Russia is reportedly preparing a proposal for a UN Security Council resolution condemning Israel for a recent attack on Damascus airport.

Israeli officials told Kan that Moscow was working on the resolution that blamed Israel for violating international law and Syrian sovereignty, as well as undermining stability in the region. Israel hasn’t confirmed it was behind the attack that was carried out over a week ago.

Earlier in June, Russian Foreign Minister Sergei Lavrov said that Moscow condemned Israeli “provocation” in Syria that reportedly left one civilian wounded and the airport runway damaged. All flights to and from Damascus were stalled for several days.

Last week Moscow also summoned Israeli ambassador Alex Ben-Zvi to demand clarifications on the attack. However, Israeli officials on Sunday expressed doubt that the proposed resolution would be supported by the UN members.

The resolution will certainly be vetoed by three members of the Security Council – the U.S., the U.K., and France – though only a vote by one of them is necessary to prevent it from being adopted. The resolution, then, will have no effect in the real world, but is of symbolic significance, meant to demonstrate the depth of Russian anger with the Israelis and possibly to curtail Israel operations in Syria. That won’t happen. The Israeli Air Force (IAF) will continue to inflict damage on targets in Syria in its new, stepped-up campaign designed to prevent the transferral by Iran of advanced weapons, including precision-guided missiles, to Hezbollah. The Damascus airport was hit – and will be hit again If necessary – because Iran used civilian planes to smuggle weapons to Hezbollah operatives in Syria. Because of that, the Damascus Airport can be considered a legitimate military target.

Since the civil war broke out in Syria in 2011, Israel has carried out numerous airstrikes against Iran-backed forces and fighters from Lebanon’s terrorist group Hezbollah that support the country’s President Bashar al-Assad’s regime.

The targeted airport is located south of the capital Damascus where various terrorist organizations are active and have arms depots. An unnamed Israeli official was quoted as saying that Iran was “continuing to use Syrian territory and the airport to smuggle weapons.”

The Russian resolution has no possibility of being adopted. But its mere introduction will subject Russia to ridicule, for its feigned indignation over Israeli attacks on what Moscow wants us all to believe was a purely “civilian” target. Israel has plenty of evidence of the Damascus Airport being used to smuggle in weapons from Iran for delivery to Hezbollah, and no doubt has photographs of some of those arms being offloaded from “civilian” planes. Furthermore, Israel can present the evidence of arms depots that are scattered around the edge of the airport, where the weapons are first stored, after being removed from the planes, until secure delivery to Hezbollah operatives can be made.

The Russians have some chutzpah in preparing this resolution. They feign outrage about Israel’s choice of a “civilian target” — the Damascus Airport, that was being used for military purpose — even as the Russian army in Ukraine attacks, day after day, civilian targets, including residential buildings, schools, hospitals, bridges, roads, and other civilian infrastructure, and is reliably reported to have killed, since February 24, tens of thousands of Ukrainian civilians who were nowhere near military targets.

At the Security Council, the Russians will set themselves up to be laughing stocks if they really do go ahead and present this resolution. The American representative can do more than veto the resolution, along with British and French colleagues, but also take the occasion to do two things. First, the Americans can present the evidence, including satellite imagery of the prolonged use of civilian planes landing at Damascus Airport by Iranians to smuggle in weapons intended for transfer to Hezbollah. Second, the Americans can show photographic evidence of the contents of arms depots that have been built on the outskirts of the airport. Third, and most embarrassing for the Russians, will be the photographic evidence of the atrocities they have been carrying out nonstop for four months, against Ukrainian civilians, the evidence for which “war crimes” is being diligently collected by the Ukrainians themselves, in the hope of some future “war crimes” trial.

Does Sergei Lavrov, or his semi-demented boss, Vladimir Putin, only begetter of what should be called Putin’s War, really want to open up Russia to that kind of attack at the Security Council, where its charges about Israel hitting a civilian airport will be undermined and mocked by the photographic evidence of weapons being offloaded from Iranian “civilian” planes? How will the Russians respond to a full-bore attack on the many atrocities it has deliberately carried out against Ukrainian civilians? Think carefully, Sergei Lavrov, before you introduce that resolution condemning Israel at the Security Council. Do you really want to find yourself hoist by your own hypocritical petard?

Israel Displays Evidence of Hamas’ Use of Civilian Sites