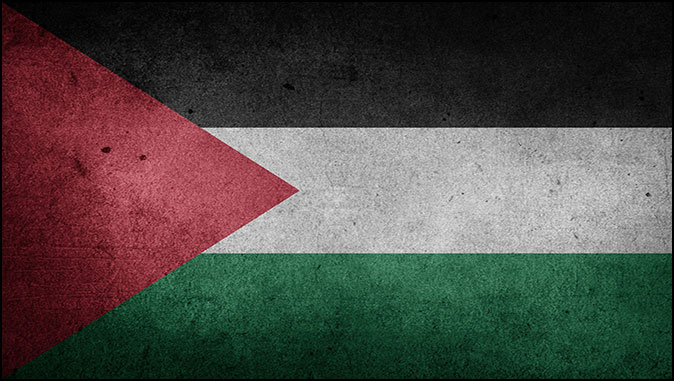 Palestinians: What Failure Looks Like
By Khaled Abu Toameh

When Arabs such as Saudi Prince Bandar bin Sultan bin Abdul Aziz denounce Palestinian leaders as “failures,” they are specifically referring to financial corruption, divisions among the Palestinians, ingratitude toward Arab countries that supported them financially and politically, and the many missed opportunities to solve the Israeli-Palestinian conflict.

Recently, however, Palestinian leaders displayed another of their ongoing “failures” when they visited Syria, where, for the past nine years, thousands of Palestinians have been killed, wounded, displaced, arrested and forced out of their homes. The leaders did not travel to Syria to find ways to help the Palestinians living there.

This time, the Palestinian leaders, representing the ruling Fatah faction, arrived in Damascus during the first week of October for talks with leaders of Syria-based Palestinian factions on ways of achieving “national unity,” holding new elections for the Palestinian Authority (PA) presidency and parliament (Palestine Legislative Council) and “confronting Israeli-American conspiracies” against the Palestinian people.

The Fatah delegation was dispatched to Syria by PA President Mahmoud Abbas as part of his effort to unify the Palestinians against Israel and the US, and hold long-overdue elections for the PA presidency and PLC.

The delegation, headed by Jibril Rajoub, Secretary-General of the Fatah Central Committee, completely ignored the plight of Palestinians in Syria during its stay in Damascus.

Rajoub and his delegation did not even raise the subject with Syrian Deputy Foreign Minister Faisal Mekdad when they met with him on October 6. Instead, Rajoub reportedly praised the Syrian government for its success in “achieving security and stability” and expressed hope that the Syrians would be able to “eradicate terrorism in all parts of Syria.”

It is worth noting that these Syria-based factions are totally opposed to any peace process with Israel, do not recognize Israel’s right to exist and are committed to the “armed struggle” to destroy Israel. Some of these factions, especially Popular Front-General Command, headed by Ahmed Jibril, have been involved in the Syrian authorities’ atrocities against Palestinians in Syria since the beginning of the civil war in that country in 2011.

The Syria-based groups belong to the Palestinian “rejectionist” camp, which has rejected the Oslo Accords signed between Israel and the PLO in 1993 and 1995. Is Abbas so naïve to assume that the “rejectionist” camp would agree to participate in Palestinian elections under the Oslo Accords it so vehemently opposes? These factions do not care about elections. They do not care about peace plans. They do not care about “unity” between Abbas’s Fatah faction and Hamas. They are driven by one goal: perpetrating terror attacks against Israel and killing as many Jews as possible.

Needless to say, the leaders of the Palestinian factions did not hear about the case of Shadi Amareen, a Palestinian from the town of the Syrian town of Duma, who died under torture on October 11 while in Syrian custody. Amareen, according to his family, was arrested by Syrian security forces four years ago for unknown reasons.

Some may argue that the Palestinian faction leaders are frightened that raising the issue of the atrocities against their people would bring retribution by the regime of Bashar Assad. They know that the moment they speak out against the crimes of the Syrians against Palestinians they would be signing their own death warrants.

The Palestinian faction leaders also know that if they alienate the Assad regime, they would be fortunate if they were only thrown into prison together with the hundreds of Palestinians already being held by the Syrians. If they were unfortunate, these leaders would be added to the statistic of more than 4,000 Palestinians killed in Syria during the past nine years.

It is one thing to fail your people by stealing the money that the international community sends to them. But it is another level of unacceptable indifference to turn a blind eye to atrocities committed against your own people by an Arab country.

For the families of the Palestinians killed in Syria, holding new elections is not going to compensate or console them for the loss of their beloved ones. Similarly, the 1,800 Palestinians held in Syrian prisons could not care less about elections or rejecting US President Donald Trump’s plan for peace in the Middle East, which has been strongly condemned by Abbas and all Palestinian faction leaders.

By praising the Syrian government for “achieving security and stability,” the Fatah leaders are actually sending the message to Assad that he can continue to kill, imprison and torture Palestinians by the thousands.

By holding meetings in Damascus without discussing how to help their beleaguered people in Syria, Palestinian leaders are sending the message that thwarting peace plans and condemning Arabs for making peace with Israel take precedence over the safety of their people. In short, this visit marks another star “failure” of the Palestinian leadership.

Arabs: Hamas and Iran Turned Gaza into Cemetery for Children

Google, Amazon, and Israel in the New America

Google, Amazon, and Israel in the New America Tech giants unite in their hostility toward…