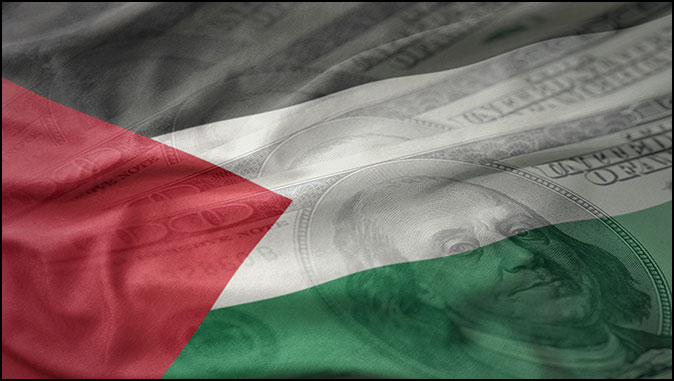 Last month, Egypt succeeded in its effort to achieve a ceasefire between Israel and Hamas. Since then, however, Egypt has been unable to secure an agreement between Hamas and the Palestinian Authority over the reconstruction of buildings and homes that were destroyed during the 11-day Israel-Hamas conflict.

Egypt has gone out of its way to help the Palestinians in the Gaza Strip after the recent round of fighting between Israel and Hamas.

Second, Egypt dispatched the head of its General Intelligence Service, Abbas Kamel, to the Gaza Strip and West Bank for talks with leaders of Hamas and the Palestinian Authority about the reconstruction plan.

Third, Egypt sent dozens of bulldozers, cranes and engineers to the Gaza Strip as part of its effort to assist with the reconstruction.

On June 10, the Egyptians informed the Palestinian factions of a decision to delay until further notice the meeting of the faction representatives that was supposed to take place in Cairo under the auspices of Egyptian General Intelligence Service officials. The last-minute decision to call off the meeting came after the representatives of the Palestinian factions had already arrived in Cairo.

The Egyptian move, according to reports in various Arab media outlets, came in light of a sharp dispute that erupted between the Palestinian Authority and Hamas over which party would be responsible for the reconstruction efforts in the Gaza Strip.

The Palestinian Authority says that it should be the only party in charge of the reconstruction and that all funds must be channeled through its government. Hamas, on the other hand, insists that the funds from the international community be sent directly to its coffers.

The Palestinian Authority and Hamas, in short, are saying that they do not trust each other regarding the hundreds of millions of dollars that have been promised by Egypt and other countries to contribute to the reconstruction effort in the Gaza Strip.

Both parties, in addition, have long been facing accusations (by Palestinians) of financial corruption and mishandling public funds.

Some Palestinians launched a “popular campaign”, calling on the Gulf states not to give the Palestinian Authority and its president, Mahmoud Abbas, money for the Gaza Strip reconstruction “due to the rampant corruption and looting of donation funds.”

“The sympathizers who are ready to donate are asking who will receive the reconstruction funds,” remarked Emirati political analyst Mohammed Yousef.

“They [the donors] do not trust Hamas, which is immersed in corruption and discrimination against the residents of the Gaza Strip. The residents know that most of the funds will end up in secret [bank] accounts of Hamas and its leaders and for carrying out smuggling activities. The Palestinian Authority, which is very corrupt, wants to be in charge of the reconstruction projects and its leaders want all the money.”

Saudi author Nora Shanar said she was opposed to giving money to the Iranian-backed Palestinian terrorist groups, Hamas and Palestinian Islamic Jihad, in the Gaza Strip. The two groups, she added, “lead [Palestinian] youths to destruction on behalf of Iran.”

“The Palestinians must remove this Iranian occupation in Palestine so that they can live in peace. Muslims will not move to donate their money to them. The terrorist organizations want to deceive the Arabs and Muslims.”

The feud over the reconstruction funds further demonstrates Palestinian leaders’ utter indifference to the well-being of their people. The Palestinian Authority and Hamas leaders care about one thing: filling their own coffers with funds earmarked for suffering Palestinians. The fight also shows that the Biden administration’s renewed talk about a “two-state solution” is an illusion: the Palestinians cannot even agree on holding elections or rebuilding destroyed buildings for their own people.

Judging from the reactions of many Arab and Muslims social media users, it is highly unlikely that the Arab and Islamic countries will be willing to put their money into the hands of the Palestinian Authority and Hamas. The Palestinians are again paying the price for the incompetence and corruption of their leaders.

The message the Arabs and Muslims are sending to the Biden administration and other Western donors: Stop showering money on corrupt and failed Palestinian leaders whose stock-in-trade is purloining international funds. The Palestinians do not need money as much as they need new leaders whose commitment to the welfare of their people outweighs their interest in their own pockets.

Khaled Abu Toameh is an award-winning journalist based in Jerusalem.

IDF and Mossad Concur About Iran

IDF and Mossad Concur About Iran It’s the death of a thousand cuts. By Hugh…

Lebanon Sinking A nation's political and economic meltdown. By Joseph Puder The sight of people…

Will Lebanon Fall into the Hands of Iran?

Will Lebanon Fall into the Hands of Iran? By Khaled Abu Toameh Originally Published by…

‘Saving Afghan Interpreters’ is a Scam That Would Bring 100,000 Afghans to U.S.

'Saving Afghan Interpreters' is a Scam That Would Bring 100,000 Afghans to U.S. Politicians put…

Mahmoud Abbas Prepares a List of Demands on Israel