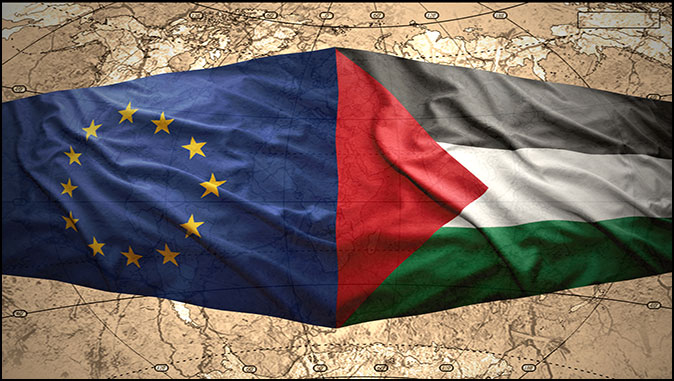 The EU was quick to welcome Abbas’s decision to hold elections for the Palestinian Legislative Council, the presidency and the PLO National Council.

“This is a welcome development as participative, representative and accountable democratic institutions are key for Palestinian self-determination and state-building,” said a spokesman for the EU in Brussels. “The EU has in the past years consistently supported and funded the work of the Central Elections Commission in order to prepare for holding free, fair and inclusive elections for all Palestinians.”

The EU also called on Israeli authorities “to facilitate the holding of elections across all the Palestinian territory.”

The EU, in its statement, did not make a similar appeal to Hamas or the Palestinian Islamic Jihad organization.

It is important to note that Israel did not stop the Palestinians in the past from holding presidential and parliamentary elections in 1996, 2005 and 2006.

Israel did not even stop Arab residents of Jerusalem from running in the 2006 parliamentary election as candidates for Hamas, the Islamist movement that does not recognize Israel’s right to exist and seeks to replace it with an Islamic state.

It is also worth noting that the EU and the rest of the international community did not set any conditions for Hamas prior to the 2006 election, which resulted in an overwhelming victory for Hamas.

In 1996, Hamas boycotted the first parliamentary election, arguing that the vote was being held as part of the Oslo Accords, signed between the PLO and Israel. Hamas does not recognize the Oslo Accords and is vehemently opposed to any peace process with Israel.

In 2006, however, Hamas change its mind and decided to participate in the parliamentary election, although it continued to reject the Oslo Accords and Israel’s right to exist.

As far as Hamas was concerned, why not seize the opportunity and participate in the election if no one is calling you out for your hypocrisy or setting conditions for your participation?

As the 1996 election, the 2006 election was also held under the umbrella of the Oslo Accords — the same agreements that Hamas continues to reject, dubbing them “a political catastrophe” and a “national crime.”

Hamas mainly changed its mind about boycotting the election because it was confident that it would win the vote. Hamas ran under the slogan “Islam is the solution” and promised to end corruption and bring good governance to the Palestinians. The Hamas-affiliated list that ran in that election, the Change and Reform Bloc, also promised voters that it would resort to an “armed struggle” against Israel.

Hamas is now saying that it intends to participate in the upcoming Palestinian Legislative Council election, scheduled to take place on May 22. The Hamas political program will be similar to the one it used in 2006 to attract Palestinian voters.

After Hamas won the election in 2006, the EU responded by cutting off contact with, and halting assistance, to the Hamas-led government. The EU, together with the other members of the Middle East Quartet (US, Russia and United Nations) set conditions for recognizing the Palestinian government only after Hamas won the election. The Quartet members should have set the conditions before, not after the election. They had every right to do so: the Hamas-led government was expecting the international community to continue providing financial aid to the Palestinians. It is like asking a bank for a loan. The bank has the right to set conditions for granting the loan. If you accept the conditions, you get the loan. If you tell the bank you do not accept the conditions, you can forget about the loan.

The EU needs to tell Hamas: If you want to participate in the election, you need to accept the three conditions laid out in 2010 by the Quartet for the recognition of a Palestinian government: the renunciation of violence, recognition of Israel’s right to exist and a commitment to all agreements signed between the Palestinians and Israel.

The EU and other international parties, including the UN, are making a fatal mistake by failing to set conditions for Hamas’s participation in the election. How will the international community react if Hamas again wins the parliamentary election and becomes the new Palestinian government?

The Hamas-led government that was formed after the 2006 election was boycotted by the EU and most of the international community. Why? Because Hamas, in their eyes, is a terrorist organization. If so, why did the EU and other Western countries not object to Hamas’s participation in the elections before the vote?

Did Hamas become a terrorist organization only after it won the election? The EU and other international parties pushed the Palestinians to have a free and fair election — one in which Hamas was allowed to participate — and they awakened in the morning to discover that a terrorist organization (Hamas) had won a majority of seats in the Palestinian Legislative Council.

Those who are now pushing the Palestinians to hold another “free and fair” election should check their blind spots. They are blinded to the fact that there is a strong possibility that Hamas will triumph in the parliamentary election. They are actually helping Hamas to achieve its goal of winning the election.

The EU and other international parties perfectly well see that Hamas will run in upcoming election and again promise Palestinians to continue the “armed struggle’ against Israel. They can perfectly well hear Hamas saying that its goal is to “liberate Palestine, from the [Jordan] river to the [Mediterranean] sea.” It seems that Hamas’s goal — finishing what Hitler started, annihilating the Jews — is precisely what the EU and the international community secretly, or unconsciously, want.

Those who are allowing Hamas to run unconditionally in the election are facilitating the terrorist group’s next victory and certain rise to power. They are also sending a message to Palestinians that the international community has no problem with the participation of a terrorist organization in an electoral process, even if that organization is openly calling for the annihilation of Israel. This message can only further embolden the extremist camp among the Palestinians and sabotage the future of any peace process between Israel and the Palestinians.

Bassam Tawil, a Muslim Arab, is based in the Middle East.

U.S. to Israeli Delegation: Come If You Must, But Our Minds Are Made Up

U.S. to Israeli Delegation: Come If You Must, But Our Minds Are Made Up The…

Iran: Any Sanctions Relief Will be Used Against Americans

Iran: Any Sanctions Relief Will be Used Against Americans By Majid Rafizadeh Originally Published by…

The Blood Libels of Vaccine Denial and Medical Apartheid

The Blood Libels of Vaccine Denial and Medical Apartheid Medieval slander and lies resurfaced. By…

Biden's Betrayal of Afghanistan By Con Coughlin Originally Published by the Gatestone Institute. The only…

Will Communist China Dominate the Middle East? By Judith Bergman Originally Published by the Gatestone…