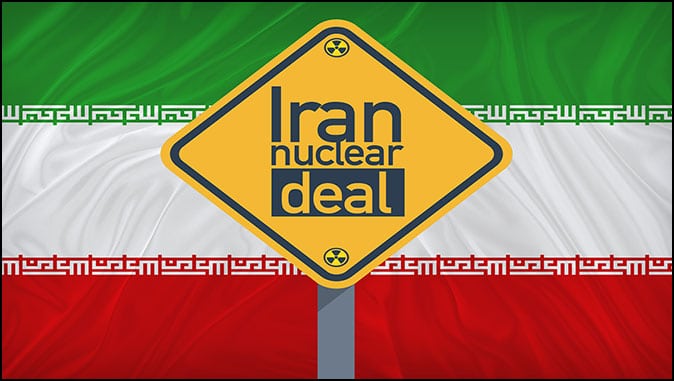 Open Letter to President Biden: Nuclear Deal with Iran Will Be a Disaster
By Majid Rafizadeh

The Biden administration’s Iran policy appears to be quite simple: keep negotiating with the ruling mullahs and offering concessions to revive the 2015 nuclear deal and eliminate the Iranian regime’s threat.

The nuclear deal reached in 2015, however, had already proved that it did not eliminate the Iranian regime’s threats. After the agreement, access to the considerable funds freed up by the deal had the reverse effect: it allowed Tehran to pour ever greater sums into the coffers of groups such as Lebanon’s Hezbollah and the Yemeni Houthis. Nations such as Israel, Saudi Arabia and Bahrain were largely ignored by the Western powers, despite their clear concerns over the direct threat that enriching these groups presented.

US President Joe Biden previously suggested that Iran, in the aftermath of the 2015 nuclear deal, had ceased being a “bad regional actor”, writing:

“…I will offer Tehran a credible path back to diplomacy If Iran returns to strict compliance with the nuclear deal, the United States would rejoin the agreement as a starting point for follow-on negotiations.”

This is an easy view for someone thousands of miles away from the Middle East, but for those living there, dealing with Hezbollah’s weapons caches and Syrian militias wreaking death and devastation, Iran, through its proxy networks, has become more malign than ever.

Tehran seeks to sow instability in the region because it benefits from chaos in other countries. It was through instability in Lebanon, for instance, that Iran was able give birth to Hezbollah. It was in the midst of the conflict in Iraq that Iran formed powerful militia groups there. It was through the war in Syria that Iran armed and empowered additional proxies. It is through the crisis in Yemen that Tehran is able to strengthen its ties with the Houthis. The list goes on. Where there is instability, the ruling mullahs of Iran expand their influence.

The nuclear deal did not stop Iran from advancing its nuclear program. During the deal, in 2018, several reports, later proven to be accurate, warned that Iran was conducting secret nuclear activities. Israel’s then Prime Minister, Benjamin Netanyahu, pointed out in his speech to the UN General Assembly in 2018 that Iran had a “secret atomic warehouse for storing massive amounts of equipment and material from Iran’s secret nuclear weapons program.” At the same time, two non-partisan organizations based in Washington, DC — the Institute for Science and International Security (ISIS) and the Foundation for the Defense of Democracies (FDD) — also released detailed reports about Iran’s undeclared clandestine nuclear facilities.

On top of that, at home, the empowered regime of the mullahs escalated its human rights violations. Human Rights Watch reported that Iran’s judiciary “continued to execute individuals at a high rate” – including the execution of women and children.

“Iranian courts, and particularly the revolutionary courts regularly fell short of providing fair trials and used confessions obtained under torture as evidence in court. Authorities routinely restrict detainees’ access to legal counsel, particularly during the investigation period…. Scores of human rights defenders and political activists remain behind bars for their peaceful activism…authorities in the security apparatus and Iran’s judiciary continued to target journalists, online media activists, and human rights defenders in an ongoing crackdown, in blatant disregard of international and domestic legal standards.”

It would help if the Biden administration therefore realized that reverting to the policy of Obama administration, where the US believes that the nuclear deal is adequate to confront the Iranian regime, actually risks undermining peace and stability in the Middle East even further, as well as empowering the regime to suppress its population more unsparingly than ever.

No amount of appeasement and no deal is going to change the core pillars of the Iranian mullahs’ revolutionary principles, which include anti-Americanism, antisemitism, supporting terror groups, and brutally repressing their own population. The theocratic establishment uses international and regional agreements, such as its election last April to the UN Commission on the Status of Women, to advance its revolutionary ideals.

The Biden administration might begin to understand, nearly four decades after the establishment of the mullahs’ regime, that, as Henry Kissinger remarked, “The exercise of diplomacy without the threat of force is without effect.”

Hassan Nasrallah’s Litany of Woe The abandoned Hizballah leader and his forlorn hope. By Hugh…