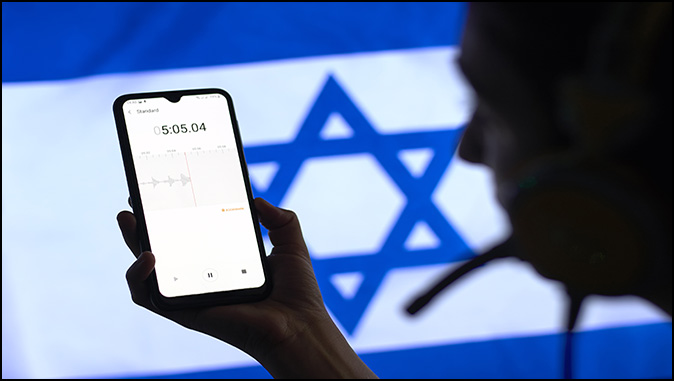 Ever since Israel introduced a computer worm into Iranian computers that caused more than a thousand Iranian centrifuges to speed up and destroy themselves, in an operation that has entered history as Stuxnet, Israel has been performing acts of derring-do that have, through cyberwarfare, sabotage, and assassinations, rattled Iran’s leaders. Between 2010 and 2012, four of Iran’s top nuclear scientists were assassinated, one after the other, in the middle of Tehran traffic, by a man (or sometimes two) on a motorbike who pulled up alongside their cars and let loose a volley of shots, then rode off through that traffic. None of the killers has been found. In 2018, 20 Mossad agents managed to break into a nondescript building in central Tehran, blast their way through 32 steel doors, and seize the entire nuclear archive of Iran, some 100,000 documents, which they managed to bring back to Israel for analysis, and also to share its information about heretofore unknown nuclear sites with the IAEA. In 2020 and 2021, Mossad agents again managed to sabotage nuclear facilities at Natanz; the second attack was on a facility that had been built deep underground. At the end of 2021 Mossad killed Mohsen Fakhrizadeh, the nuclear scientist who was regarded as the “godfather” of Iran’s nuclear program.

And in recent months, Israel has renewed its campaign of assassination, killing nearly a half-dozen high-ranking officials belonging mainly to the Islamic Revolutionary Guards Corps. A report on these latest Israeli acts, and their effect on Iranian morale, can be found here: “Iranian politician says Israel ‘freely runs its operations’ in Tehran,” Times of Israel, July 19, 2022:

An Iranian politician indicated that many in his country feel Israel is operating freely in Tehran and targeting security operations with ease.

In a report published Tuesday in the UK-based Financial Times, an official cited only as a “reformist politician” was quoted as saying that “it feels as if Israel has established a large-scale organization in Tehran and freely runs its operations.”

A series of assassinations and attacks in Iran have been attributed to Israel in recent months, though Jerusalem rarely if ever publicly takes credit for such operations. But in a rare interview last week — and rarer yet comments on Israeli activity in enemy countries — National Security Adviser Eyal Hulata said Israel had “acted quite a lot in Iran over the past year.”…

“The Financial Times report noted a feeling of “anxiety at the highest levels of the Iranian establishment” over the series of Israeli-attributed attacks. In late June, the IRGC replaced its longtime intelligence chief in a move seen by many as a reaction to the suspected assassinations.

Iran is running scared. Every other month, it seems, the Israelis manage to kill another high official, or to hit another nuclear or non-nuclear facility, or place malware on Iranian computers. in the past, Iran has several times claimed to have “unearthed” a Mossad cell, but no names are ever produced, no prisoners paraded to confess on camera, and nothing more is heard about these so-called Mossad agents. Most analysts suspect that Iran has yet to find a single Israeli agent.

Nevertheless, Iranian officials told the UK newspaper that they are not looking to directly escalate tensions at the moment.

Of course, the key words here from Iran are “not looking to directly” escalate tensions. The Iranians want to conduct their regional aggression not “directly,” but through their two closest proxies, the Houthis in Yemen and Hezbollah in Lebanon. So far, Iran has supplied Hezbollah with 130,000 rockets and missiles that have been hidden in civilian areas all over southern Lebanon, and occasionally Hezbollah launches a rocket or drone toward Israel.

Iran’s policy remains to work with its proxy forces and we will not initiate any attacks against Israel if Israel doesn’t attack Lebanon,” a “regime insider” was quoted as saying. “It’s not wise for us to fight with Israel. And Zionists also show teeth to attack but their teeth are not sharp enough to go as far as striking Iran.”

Gen. Aviv Kochavi, head of the IDF, would beg to differ. Israel has been striking Iran relentlessly all along: what was Stuxnet, what were those eight targeted assassinations, what was that repeated sabotage of nuclear facilities in Natanz and Fordo, what are the continuing mysterious explosions at petrochemical plants and electric plants all over Iran, aif not examples of Israel “striking at Iran”?

In a similar report in The New York Times late last month, Iranian officials told the newspaper that Israel’s operations have had drastic and long-lasting effects.

“The security breaches inside Iran and the vast scope of operations by Israel have really undermined our most powerful intelligence organization,” said former Iranian vice president Mohammad Ali Abtahi.

Unnamed Iranian officials also said at the time that “Israel’s spy network has infiltrated deep into the rank and file of Iran’s security circles.”

The fear is palpable in the ruling circles in Tehran. They are no longer bothering to hide it. The nonstop success of Mossad in its sabotage and assassination efforts has demoralized the Iranians. The “drastic and long-lasting effects” of Israeli deeds has made clear to the Iranians that “Israel’s spy network has infiltrated deep into the rank and file of Iran’s security circles.” Sitting in Tehran, whom can the ayatollahs, or the IRGC commanders, trust? Israel keeps hitting them here, there, and everywhere. It never claims responsibility; it doesn’t have to. Everyone knows who has been behind these attacks. Everyone wonders who else is part of this Mossad network, what Iranians are working with Mossad to undermine and weaken the regime. High officials, including at least one IRGC commander, have been arrested in a panicky show of force, but nothing has been proved, and it seems the Iranians are announcing that “Israeli agents have been arrested” just to persuade the public that “something is being done.”

But not a single trial has yet been held of supposed Mossad agents, none of those agents have been named or paraded before the public. Iranian officials are trying, but failing, to put on a brave face about Iran’s supposed imperviousness to Israeli attacks, even as the Mossad keeps running circles around it. They have no idea where the next Israeli strike, or act of sabotage, or assassination will take place. Iran’s top clerics and military men are now deeply suspicious of one another. Whom they can trust? In whom can they confide? Mossad appears to be, to use Flaubert’s famous phrase, “présent partout, et visible nulle part” – everywhere present, but nowhere to be seen.