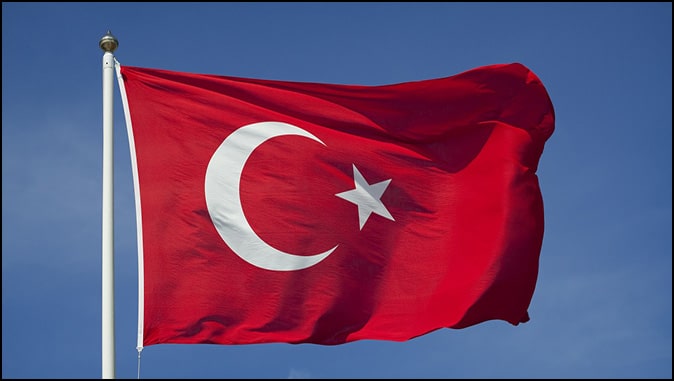 Turkish aggression has been reported in at least five countries in June 2020. Turkey’s Islamist President Recep Tayyip Erdogan has made power moves in Israel, Libya, Iraq, Syria, and Greece.

And it is well known that whenever Turkey moves in, religious freedom moves out. Only Turkey’s Islamist practices are respected by Erdogan’s henchmen.

Israel: The Jerusalem Center for Public Affairs (JCPA) reported in June that “Turkey is working diligently to deepen its involvement and influence on the Temple Mount, in the Old City of Jerusalem, and in east Jerusalem neighborhoods.” In these locations, there is evidence that the activists involved are ideologically linked to the Muslim Brotherhood movement in east Jerusalem.

Libya: On June 20, The Jerusalem Post reported that Egypt and Turkey might come to blows over Libya’s civil war. Egypt, the UAE, Saudi Arabia, and Russia, along with others, back General Khalifa Haftar in the conflict. Turkey and Qatar back the Government of the National Accord (GNA), and Turkey has been aggressively involved, providing aircraft, militias and arms. Notably, GNA is also rooted in the Muslim Brotherhood movement.

Iraq: Turkey has recently bombed Sinjar Mountain, where countless Yazidi refugees have taken shelter. On FRC’s Washington Watch broadcast, Michael Rubin, a scholar and expert on the Middle East, explained that Erdogan’s primary goal is his continued ethnic cleansing of Kurdish groups. Rubin went on to say that many Yazidis have returned to live on Sinjar Mountain, “…the refugees, the women, the girls who have been returning from Syria, liberated from ISIS. They’re trying to get their life together.”

He went on: “And it’s not clear why the Turks are insisting on bombarding them… it raises questions about whether Turkey is waging counter-terrorism, and it’s clear they’re not—or whether they’re pursuing a religious agenda—an intolerant religious agenda.”

The Jerusalem Post also reported on Monday, June 22, that Turkish attacks have also put Christian villages in jeopardy in the same area.

Syria: The Washington Kurdish Institute reported, “During the first days of June 2020, around 20 different human rights organizations signed a¿petition¿to raise awareness on crimes carried on by the many Turkish-backed militias in Afrin, Syria and asked for international intervention….”

It is well known and widely reported that Afrin’s religious minorities have been violently abused by the Turks and their militias. Thousands of Christians fled the invasion of Afrin; few remain. And today, Christian and other minority communities in the Rojava region, where many fled Afrin, are again living in fear because of ongoing Turkish threats, attacks on resources, and occasional shelling.

Greece: Arab News reported on June 14, “In an escalating war of nerves between Athens and Ankara, bilateral relations have deteriorated, sparking fears of a military confrontation between the two NATO allies. Greek Defense Minister Nikolaos Panagiotopoulos recently highlighted the country’s ‘readiness for military conflict with Turkey.’” Even rumors of an impending Turkish invasion of Greece have been reported, although unverified.

As for Greece, a historic perspective reveals widespread Turkish killings of Greek and Assyrian Christians in the early 20th century, with more than a million dead.

And even today, Greek Orthodox properties in Turkey are confiscated and desecrated. Christian refugees from Syria and Iraq—Syriac, Protestant, and Orthodox alike—who fled to Turkey from ISIS have been deprived of their ability to support themselves and dare not practice their faith. Kidnappings and murders have been reported.

In its 2020 report, the U.S. Commission on International Religion Freedom recommended that the U.S. government “Include Turkey on the U.S. Department of State’s Special Watch List for engaging in or tolerating severe violations of religious freedom pursuant to the International Religious Freedom Act (IRFA).”

Erdogan’s reckless, ruthless intrusion into country after country is believed by some observers to reflect his vision of a glorious, Neo-Ottoman Empire. Other scholars are more inclined to view his motivation as strictly religious, demanding pan-Islamist conquest. Certainly the two intentions are not mutually exclusive.

Meanwhile, the U.S. government has been exceedingly, even excessively tolerant of Erdogan’s widespread human rights abuses. Perhaps the time has come for reevaluation and restoration of an uncompromised U.S. policy toward Turkey. It needs to reflect indiscriminatory justice and equality—including uncompromising demands for religious freedom for all.

The World’s Hatred of Israel

Time to Get Tough with Turkey

Time to Get Tough with Turkey The U.S. has lots of leverage – let’s use…