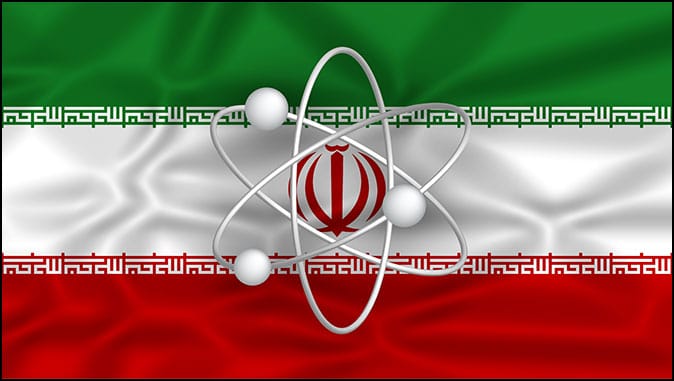 Israel’s New Approach to the Nuclear Deal With Iran
In sharp contrast to the Netanyahu Doctrine.
By Joseph Puder

The Bennett government in Israel has resigned itself to the idea that the upcoming nuclear deal with the Islamic Republic of Iran is preferable to a non-agreement. This is clearly in sharp contrast to the Netanyahu doctrine that fought ceaselessly against what it considered a “bad agreement.” Netanyahu argued that the nuclear agreement paved a legal way for Iran to acquire a nuclear bomb. At the end of this month, Iran “agreed” to return to the negotiating table in Vienna after a hiatus of almost six months. The Iranians used the time to advance their timeline toward a nuclear bomb.

On August 17, 2021, CBS News reported in a headline that “Iran (is) producing more uranium metal that can be used to make a nuclear bomb.” The Director General of the International Atomic Energy Agency (IAEA), Rafael Marino Grossi said that his inspectors had confirmed that Iran had now produced 200 grams of uranium metal enriched up to 20%.

The production of uranium metal is disallowed by the terms of the 2015 nuclear deal, also known by the name Joint Comprehensive Plan of Action (JCPOA). The nuclear deal promised Iran sanctions relief and other economic incentives in exchange for limiting its nuclear program. It seems, however, that Iran’s ultimate aim is to develop a nuclear bomb. Iran of course, denies that it is seeking to develop a bomb, but given its record of cheating, its claim that its uranium metal enrichment is for a civilian program is rather laughable.

In an interview with Foreign Policy magazine (September 14, 2021), Israel’s Defense Minister Benny Gantz pointed out that Israel would be willing to accept a return to a negotiated nuclear deal with Iran, but that the US should also prepare a serious “demonstration of power” if negotiations should fail. Gantz said, “The current US approach of putting the Iran nuclear program back in the box, I would accept that.” Obviously, Israel is in no position to tell the US how to conduct its affairs. In this case however, since Iran happens to pose an existential threat to the Jewish state, its voice must be heard. A spokesperson for the Defense Ministry made it clear, nevertheless, that Gantz does not support in principle the US return to the JCPOA, but that Israel would accept a longer, broader, and stronger nuclear agreement. Gantz disclosed that, “Iran has to fear that the US and its partners are serious.”

While Israel would not publicly oppose the new nuclear negotiations, Israel facing an Iranian threat means preparing a Plan C, which would involve military action. Gantz told Foreign Policy that, “If push comes to shove we’ll get there, we are not America, but we have our capabilities.” Gantz warned the world powers that if they should fail to prevent Iran from getting a nuclear bomb, it would lead to a regional nuclear arms race. “Other states won’t just sit quietly…they’ll buy it directly off the shelf from Pakistan or whomever they can.”

The election of Ebrahim Raisi, “The Butcher of Tehran,” as President of Iran, is a result of the Supreme Leader Ali Khamenei’s choice. It indicates that the latter has chosen Raisi as his possible successor. This means that the Tehran regime is returning to the more radical principles of the Khomeini Revolution. Already, most of the individuals occupying key positions in the regime’s administration are members of the Islamic Revolutionary Guards Corps (IRGC), who belong to the extremist wing, or as some in the media call them “the ultra-conservative” wing of the Ayatollahs regime.

The current Iranian regime led by Raisi has a paranoid worldview that sees Iran as surrounded by hostile enemies, who seek to prevent Iran from reaching its potential and deserved religious and strategic greatness. One way the regime figures to ensure that it is “safe” from its enemies, is for Iran to physically possess a nuclear bomb, or be in a position to assemble a nuclear bomb at will. Both Khamenei and Raisi view this as a survival measure from internal and external foes. Driving toward becoming, at the very least, a “threshold nuclear state” is a way for Iran to further her ambition to become the regional hegemon, and at the same time surround Israel with a strategic “ring of fire.”

The Iranian regime is a genius at practicing Taqiyya or dissimulation, a practice mainly in Shiite Islam. It is particularly relevant when it involves dealing with infidel enemies. In spite of best intelligence, it is hard to know if Iran might already have a bomb, or perhaps is two-years away from getting there. According to David Albright, a former U.N. weapons inspector who estimated in November, 2020 Iran’s breakout time to a bomb to be “as short as 3.5 months.” As treaties go, the Prophet Mohammad, like the current Iranian regime, broke the 628CE Hudaybiyyah Treaty with the pagan Quraish tribe of his native Mecca, after two years. It was supposed to last for ten years. He broke the treaty once he felt strong enough. The Ayatollahs regime similarly broke the JCPOA treaty within a short time.

To validate what Benny Gantz characterized as “demonstration of power,” earlier this month, the US sent a B-1 Strategic bomber over the Persian Gulf, and participated in military maneuvers in the Persian Gulf along with air force and naval units from Israel, the United Arab Emirates, and Bahrain. At the same time, anonymous Biden administration officials warned the Iranians that should diplomacy fail, the US would not only maintain President Trump’s sanctions but add additional ones. It didn’t intimidate the Ayatollahs; they know that they can depend on China, Russia, and even some of the European states to work with them. The Iranians are concerned however, that the US might win full cooperation from the European powers and perhaps even from Russia, should they “drag their feet” on the negotiation.

Tehran is also worried that the US might cooperate with Israel on preparing a viable military option, if the talks fail. At the same time though, they derive confidence from the Biden administration declarations that it seeks to end its involvement in the region, and that it is exhausted from failures in Afghanistan, and the Middle East. As Tehran sees it, the US is unlikely to exercise the military option. The optimal results the Iranians wish for is to further advance their nuclear activities, and reach a point in which the international community would come to the realization that Iran has the nuclear wherewithal that cannot be reversed, so the world must learn to live with it.

As far as the current Israeli government is concerned, as long as Iran is still a distance away from a “breakout time” to a bomb, according to intelligence reports, Israel mustn’t operate alone against Iran, and it is preferable to let the US handle the diplomatic negotiations.

There’s consensus now among the Bennett government, the Israeli defense establishment, and the intelligence community, that it is preferable for Israel to have a nuclear agreement with Iran rather than the absence of such an agreement. The reasoning in Jerusalem is that a new agreement with Iran, even if not improved over the previous one, would slow down Iran’s uranium enrichment, and forestall the installation of new and more advanced centrifuges. It is also hoped that the IAEA would be allowed tighter inspections of Iran’s nuclear facilities. Time will tell if the current thinking is valid.