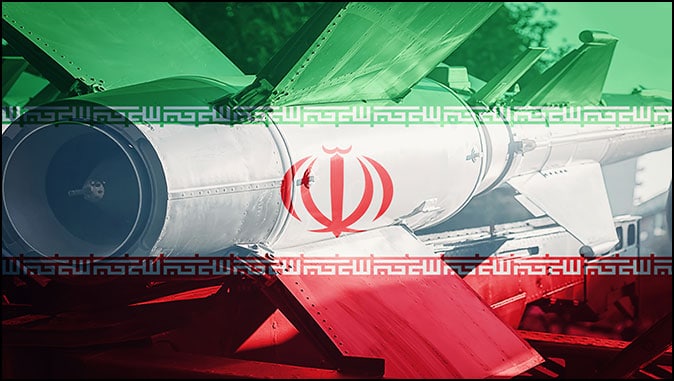 Mohsen Fahrizade, the architect of Iran’s nuclear program, was assassinated in Tehran. It’s not the first time that Iranian nuclear scientists have been killed, but Mohsen is the biggest target so far.

And this time around the Israelis seem to be shedding most of the plausible deniability around such killings with three separate Israeli intel sources supposedly anonymously confirming the hit to the New York Times. Considering who reads the New York Times, political power players, domestic and international, this is obviously a message, and this time it’s not just for Iran. The obvious message here is that there’s no going back to the Iran Deal status quo scam.

This follows the news that Israel had taken out Al Qaeda’s No.2 in Tehran. That operation was carried out using US intel. It’s quite possible that the Trump administration has decided to follow this particular course, sharing extensive intelligence about enemy targets, passing it on to Israelis, and having them do the work.

It’s remarkable, but no more so than some of what’s been happening between the US and Israel under President Trump.

And the Israelis are also highlighting their role as the muscle in the Sunni-Israeli coalition, showing once again that they have the ability to strike deep in enemy territory.

The operation was bold and daring. And its location also sent a message to Iran’s elite that they are not safe.

Details about the slaying remained slim in the hours after the attack, which happened in Absard, a village just east of the capital that is a retreat for the Iranian elite. Iranian state television said an old truck with explosives hidden under a load of wood blew up near a sedan carrying Fakhrizadeh.

Fakhrizadeh died at a hospital after doctors and paramedics couldn’t revive him. Others wounded included Fakhrizadeh’s bodyguards. Photos and video shared online showed a Nissan sedan with bullet holes in the windshield and blood pooled on the road.

This is the equivalent of hitting Osama bin Laden in a Pakistani military town.

And while Israelis don’t usually focus on dates, that’s more of an Islamic thing, witness 9/11, there also appears to have been a date component.

The attack comes just days before the 10-year anniversary of the killing of Iranian nuclear scientist Majid Shahriari that Tehran also blamed on Israel. That and other targeted killings happened at the time

Bottom line. The Israelis and the new coalition are flexing muscles, and warning the Obama foreign policy people waiting in the wings that they won’t wait passively for them to turn back the clock.

Right now, Iran can’t do much of anything because of the Trump administration. It’s waiting for Biden. But the mullahs have to be wondering if they made a bad bet.

Rashida Tlaib...‘Racist State’...Here We Go Again Now she accuses Israel of denying her grandmother and…

Israel’s Normalization with Four Muslim Nations The good news - and the bad. By Raymond…

Even Europe Is Losing Patience with Iran’s Nuclear Antics