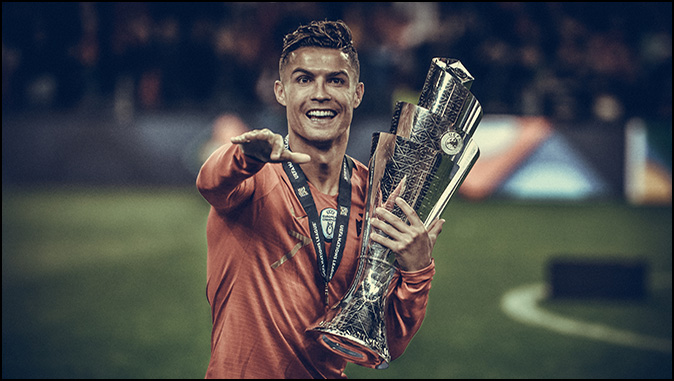 We are all familiar with Muslims falsely attributing antisemitic sentiments to great men of the past, such as Benjamin Franklin. The “Franklin forgery” is a classic anti-Semitic canard that falsely claims that American statesman Benjamin Franklin made anti-Jewish statements during the Constitutional Convention of 1787. It has found widening acceptance in Muslim and Arab media, where it has been used to criticize Israel and Jews. It was supposedly delivered as a speech by Franklin, warning of the danger of admitting Jews to the United States:

There is a great danger for the United State of America. This great danger is the Jew. Gentlemen, in every land the Jews have settled, they have depressed the moral level and lowered the degree of commercial honesty. They have remained apart and unassimilated; oppressed, they attempt to strangle the nation financially, as in the case of Portugal and Spain.

For more than seventeen hundred years they have lamented their sorrowful fate — namely, that they have been driven out of their mother land; but, gentlemen, if the civilized world today should give them back Palestine and their property, they would immediately find pressing reason for not returning there. Why? Because they are vampires and vampires cannot live on other vampires — they cannot live among themselves. They must live among Christians and others who do not belong to their race.

If they are not expelled from the United States by the Constitution within less than one hundred years, they will stream into this country in such numbers that they will rule and destroy us and change our form of Government for which we Americans shed our blood and sacrificed our life, property and personal freedom. If the Jews are not excluded within two hundred years, our children will be working in the field to feed Jews while they remain in the counting houses, gleefully rubbing their hands.

I warn you, gentlemen, if you do not exclude the Jews forever, your children and your children’s children will curse you in their graves. Their ideas are not those of Americans, even when they lived among us for ten generations. The leopard cannot change his spots. The Jews are a danger to this land, and if they are allowed to enter, they will imperil our institutions. They should be excluded by the Constitution.

This Franklin speech was a complete fiction. In fact, Franklin was philosemitic, contributing financially to the support of the Congregation Mikveh in Philadelphia. But the truth doesn’t matter. The Franklin Forgery continues to be disseminated in the Muslim lands, where it is widely believed, and contributes to the Muslim conviction that Jews are disliked and mistrusted “everywhere,” including in the United States. “Iranian TV Fabricates Soccer Legend Cristiano Ronaldo Declaring His Hatred of Israeli ‘Assassins,’” by Shiryn Ghermezian, Algemeiner, June 20, 2022:

During a report that aired on June 15, Iranian state television showed a video clip of the Manchester United striker speaking, falsely translating him as saying: “Israeli football fans, for me, are the most hated. I cannot tolerate them. I won’t exchange my shirts with assassins.”

The video showed dead children, killed in Syria by Assad’s army, but the Iranian dubbers identified these dead children as Palestinians killed in Gaza by Israeli bombs.

“This is for the children of Syria,” Ronaldo said in the video. “We know that you have been suffering a lot. I am a very famous player. But you are the true heroes. Don’t lose your hope. The world is with you. We care about you. I am with you.”

“Ronaldo was also dubbed as saying in the Iranian report: “If I say that I like the Quds occupying regime [Israel] just one time, FIFA will select me as the player of the year.”

In this speech by Ronaldo that the Iranians deliberately dubbed incorrectly, he is made to claim that so powerful is Israel, with its financial tentacles in every enterprise, including professional sport, that if a celebrity such as Ronaldo praises the Israeli regime, FIFA will then make him “player of the year,” whatever his actual performance.

The report also featured what it claimed was footage of Ronaldo refusing to exchange shirts with an Israeli soccer player following a match on June 9. In reality, the player was Aron Gunnarsson, the captain of Iceland’s national soccer team, and the footage was from 2016, according to Radio Free Europe. No Israelis were involved in this request by Gunnarsson to exchange jerseys with Ronaldo.

The “Israeli player” who supposedly wanted to switch jerseys with Ronaldo did not exist; the player in question was the Icelander Aron Gunnarsson, and Ronaldo did not snub him.

Of course we are used to the fun-with-photos prepared by Hamas and Hezbollah, which consists of various fauxtographic misrepresentations, such as photographs of dead Syrian children killed by Assad’s forces who are misidentified as Palestinian children in Gaza killed by Israelis, or a dead child in her mother’s arms, who is claimed as a victim of an Israeli bombing, but the photograph turns out to be of a child killed during the Lebanese Civil War by Hezbollah. In addition to deliberate misidentification of a photograph, photoshopping of scenes and signs is another way to deceive, as in the example above, where “Palestine” replaces “Lorca” in the sign held up by Ronaldo.

“They are practically lying to us with our own money,” Iranian cartoonist Payam Pourfallah said on Instagram, where he criticized the lies in the state TV report and also shared Ronaldo’s 2016 video in support of Syrian children.…

The Iranian cartoonist Payam Pourfallah, who lives and works in Iran for a reformist newspaper, is a very brave man to criticize the state TV report on Ronaldo. I wouldn’t be surprised if Pourfallah were now to be suddenly silenced by a vindictive regime, and his work banned from the country’s media, leaving him without the ability to earn a living, and thus forcing him to leave the country to find work elsewhere, like millions of Iranians before him.

Non-government Iranian media outlets were outraged at the falsified information about Ronaldo. Ronaldo himself needs to be made aware of how words are being put in his mouth, and photographs of him are deliberately misidentified or photoshopped, by the Iranians regime, so that he, too, the main victim of this false report, can denounce them.

Israel Displays Evidence of Hamas’ Use of Civilian Sites

In Editorial About Israel, NY Times Forgets What It Claimed Before

In Editorial About Israel, NY Times Forgets What It Claimed Before The Grey Lady can't…

Russia vs. Israel...Tensions Rising The core of the feud. By Joseph Puder Yair Lapid, assuming…