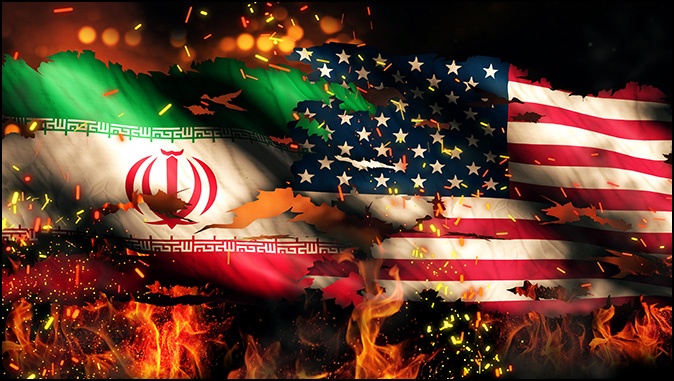 I know it’s hard to keep track of the media’s string of lies about Iran’s nukes, but remember that nuclear fatwa that would supposedly prevent the Shiite Islamic terror state from doing things like this? That was a few lies back, but even so it’s worth remembering as Iran keeps threatening to nuke America.

The IRGC is Iran’s terror hub. It was listed as a foreign terrorist organization by the Trump administration. Lefties have been steadily protesting the move while insisting that the IRGC can’t be described as terrorists.

The short video declares that Iran’s regime will develop nuclear weapons in a rapid-fire period of time “if the US or the Zionist regime make any stupid mistakes.”

Per Iran International, the video states that Iran’s ballistic missiles have the capability of “turning New York into hellish ruins,” in an ostensible reference to Iran’s space program.

Sorry Ayatollah, too late. Bill de Blasio got there ahead of you.

The video declared that the regime can move its “peaceful nuclear program to a nuclear weapons program” at a fast pace.

Ah, that “peaceful nuclear program”, the one that seemingly can be a tool of mass murder overnight.

Maybe Iran and Biden should call it a “mostly peaceful nuclear program”.