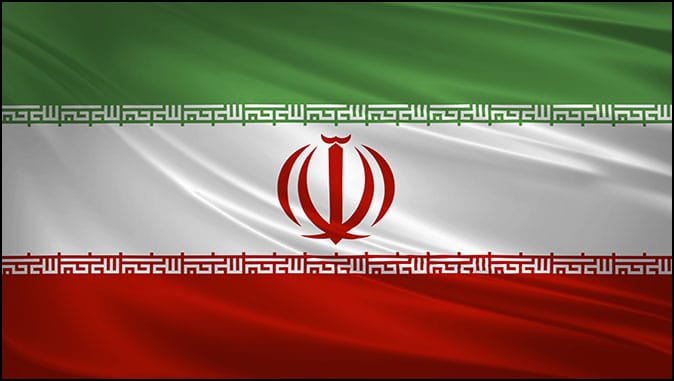 Iran: Old Recipes From the Devil’s Kitchen
By Amir Taheri

The kitchen is the same, as is the chef. The ingredients are also the same. But when the witches’ brew is served in the restaurant, Chez Ayatollah, would-be clients reject it in disgust. This is the image that comes to mind as the Islamic Republic of Iran struggles to crush the latest popular revolt.

Since its inception 43 years ago, the Khomeinist regime has used the same recipe with the same ingredients to save its skin: kill a few hundred, arrest a few thousand, bribe the military and security forces, browbeat celebrities, ban foreign journalists, unleash militia hounds, blame “Zionist and CIA agents”, and invent “secessionist” armed gangs and ISIS attackers coming to dismember Iran and kill innocent Shiites.

The recipe has been used against the current uprising, so far, without extinguishing the fire of anger raised by a large segment of Iranian people, notably the youth.

By the time of this writing, we had the names of 385 protesters killed, including 40 women and 32 children, and 7 security men. A further 12,500 people have been arrested, according to statistics presented to the International Committee of the Red Cross. An attack on a “holy shrine” in Shiraz has been presented as an ISIS operation against Shiite worshippers, and turning the city of Zahedan into a war zone has been narrated as a riposte against terrorists invading Iran from Pakistan.

None of that, however, has bridged the credibility gap from which the Islamic Republic suffers.

Because it is clear that the old recipe doesn’t work, most of the regime’s clerical, military, business, and propaganda heavyweights have either remained silent or equivocated in commenting about the protests. This time they are not marching to the usual drum calls while an increasingly clueless “Supreme Guide” plays a solitary mandolin while the city burns.

This is the question that many are beginning to pose within the ruling clique.

One idea, never spelled out in direct terms, is to move away from the ayatollah’s one-man rule towards “collective leadership”.

A triumvirate, consisting of the President of the Islamic Republic, the Speaker of the ersatz parliament, and the head of the Islamic Judiciary, has held highly publicized meetings, something normally supposed to happen once in a blue moon.

Also, for the first time, people are beginning to at least hint at possible constitutional changes to merge the positions of the Supreme Guide with that of the President, or have three or five mullahs form a “high council of guidance”.

Some groups, inside or on the fringes of the establishment, are calling on the Islamic Revolutionary Guard Corps to seize power and open “a new chapter in the revolution”. Desperately seeking a Napoleon Bonaparte is also seducing some in the exiled opposition.

There are other recipes, however.

One is to bring the two leaders of the now defunct “Green Movement” of 2009 out of house arrest and offer the discredited “New York Boys,” led by former President Hassan Rouhani, a side chair close to the high table in the hope of uniting the fragmented Khomeinist constituency. The “New York Boys” might also clinch a deal with the US while the Biden administration is still, more or less, in charge in Washington.

Some in the establishment are promoting the Leninist tactic of “one step back, two steps forward,” which means offering concessions now and imposing tighter control later. Thus the deeply disliked Morality Police has been taken off the streets, ostensibly for a “shortage of manpower”.

And more and more women are allowed to go about without the mandatory hijab even in the heart of Tehran.

Increasing the salaries of personnel in the military, the Islamic Revolutionary Guard Corps, and various security forces by 20 percent is part of the same package, while smaller raises in pensions are designed to mobilize the older people believed to still hold fond memories of the revolution.

Another idea is to call for a constitutional reform referendum to divert energies from the uprising, in full assurance that referendums provide a safe way for dictators to reimpose their authority and help merchants of illusions to sell unicorns.

However, the challenge that the regime faces may be much bigger than its foes hope for and its friends fear.

Living in another time zone that bears no relation to reality, the Khomeinist regime is deeply anachronistic. It boasts about conquering the world for the Khomeinist version of Islam while not a single nation has bought or is likely to buy that bundle. As even the Lebanese branch of Hezbollah cuts new and larger pockets to be filled with a share of gold from oil and gas joint ventures with the “Zionist enemy”, the Supreme Guide’s prophecy that Israel will evaporate reminds one of snake-oil merchants.

While it lives in another time, the Khomeinist regime also thinks it lives on another planet.

It doesn’t realize that Iran is located in the middle of the deepest political fault line in the world, surrounded by enemies, false friends, and contemptuous neighbors. The Supreme Guide boasts of his imaginary triple alliance with China and Russia to “end American domination”. But the fact is that neither China nor Russia is prepared to put a penny into the Khomeinist begging bowl.

The Khomeinist system is equally challenged by a widening generational gap.

Iran has a predominantly young population that wants to live in here and now not in a distant past of fake purity or an imaginary future of martyrdom and paradise. It wants to be happy; to have fun, to create, to work, to travel across the globe; in short, to enjoy a normal life. Yet the Supreme Guide repeats that he shall never allow Iran to “become a normal country.”

Even if it weathers the current storm, the Khomeinist system is on life-support and borrowed time.

Even in new versions, the old recipe from the devil’s kitchen won’t whet the Iranian people’s appetite.