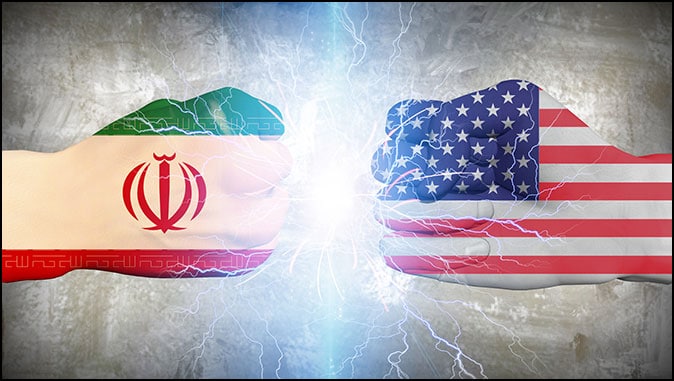 Iran: Any Sanctions Relief Will be Used Against Americans
By Majid Rafizadeh

Not only has the current US administration seemingly been planning a major rollback of nuclear and economic sanctions on Iran, it is also reportedly eyeing lifting non-nuclear sanctions, for instance those linked to terrorism, missile development and human rights. According to the Associated Press:

“American officials… have said they are open to lifting any sanctions that are inconsistent with the nuclear deal or that deny Iran the relief it would be entitled to should it return to compliance with the accord. Because of the complex nature of the sanctions architecture, that could include non-nuclear sanctions, such as those tied to terrorism, missile development and human rights.”

Through sanctions relief, the regime would be able to breathe a sigh of relief: it would be capable of increasing its oil exports, doing business with more countries and corporations particularly companies in Europe, and bringing in foreign investment.

What will the Iranian authorities do with increased revenues — potentially billions of dollars? Will they be grateful of the Biden administration and alter their anti-American policies? Who will be the beneficiary of this windfall?

Iran’s economy is state-led. Significant parts of the economy are controlled by just two major entities: the Office of the Supreme Leader, led by Ayatollah Ali Khamenei, and the Islamic Revolutionary Guard Corps (IRGC). The Washington office of the Iranian opposition group, the National Council of Resistance of Iran (NCRI), as far back as in 2017, released a 175-page book, “The Rise of the Revolutionary Guards Corps Financial Empire,” in which it showed how the IRGC controls more than half of Iran’s GDP and owns several major economic powerhouses and religious endowments. The IRGC and its front companies have a stake in almost every sector of Iran’s economy such as construction, transportation, telecommunication, banking and insurance, to name a few.

As a result, the Supreme Leader and the IRGC will be the first beneficiaries of any extra revenues and they will most likely use additional cash first to strengthen their military apparatuses and guarantee the survival of the Islamic Republic and their positions in it. Increased revenues would also allow the IRGC and the Supreme Leader to crack down more easily on any domestic unrest against their government.

The other priority of the regime is to export its revolutionary ideals to other countries, both to advance its hegemony in the region and to secure the empowerment of its militia and terror groups, all mandated to promote the regime’s interests and ideology — including anti-Americanism and anti-Semitism.

A core pillar in Khomeini and Khamenei’s ideology is, in fact, exporting their revolution. This doctrine is emphasized in Iran’s constitution. Article 11 states that the constitution “provides the necessary basis for ensuring the continuation of the Revolution at home and abroad” and “will strive with other Islamic and popular movements to prepare the way for the formation of a single world community.”

Iran’s constitution further notes, in Article 144, that fulfilling these goals is delegated to its military:

“The Army of the Islamic Republic of Iran must be an Islamic Army, i.e., committed to Islamic ideology and the people … It will be responsible not only for guarding and preserving the frontiers of the country, but also for fulfilling the ideological mission of jihad in God’s way; that is, extending the sovereignty of God’s law throughout the world.”

This means that state and non-state actors such as the Houthis, Hezbollah, Shia militias in Iraq, and the Syrian Alawite-state of Bashar Al Assad will be the other beneficiaries of any sanctions relief. Sadly, as corruption is rampant within the Iranian government, corrupt government officials in Iran will also be benefiting from any sanctions reliefs and increased trade with other countries.

The billions of dollars that Iran will gain from the Biden Administration’s potential sanctions relief will be directed towards sponsoring terrorism, funding and arming militia and terror groups across the Middle East, harming US national and security interests, undermining US allies, particularly in the Middle East, further advancing the regime’s clandestine nuclear program to obtain nuclear weapons, and suppressing the Iranian people by squashing their hopes of establishing a democracy there.

Is this what the Biden Administration really wants as its legacy?