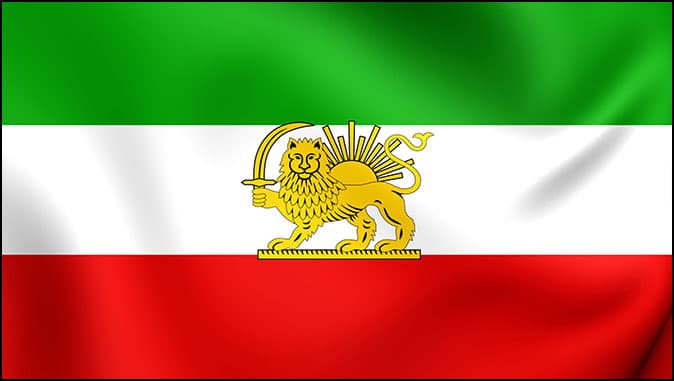 Interview With Reza Pahlavi – Eldest Son of the Deposed Shah of Iran
Shedding light on the future — and on the Nuclear Deal.
By Joseph Puder

The Western world is in a dire need of another Winston Churchill today. He recognized an irreconcilable enemy in Hitler’s Germany, and understood that appeasement of such an apocalyptic dictatorship would never work. He realized that Hitler must only be dealt with by force. In 1935, it was still possible to stop Hitler and the Nazis, prevent WWII, and the death of 60 million people.

Similarly, the Western powers today are appeasing an apocalyptic dictatorship that is the Islamic Republic of Iran. Some comparisons between today’s Iran and Nazi Germany are unavoidable. Both Khomeini and Hitler were revolutionaries; Khomeini with Islamism, and Hitler with race and racism. The ayatollahs of Iran are expansionists as Nazi Germany was. The Ayatollah regime eliminated its partners in bringing down the Shah of Iran, just as Hitler purged the German army top brass, in order to control the war-making machine. The ayatollahs are using the Islamic Revolutionary Guards Corps (IRGC) the same way Hitler used the SS: to destroy “undesirables.” The Islamic Republic of Iran, like Hitler’s Nazi Germany, is using proxies to stir trouble in neighboring countries. The Iranian regime will exploit the concessions it will be given by the West, to continue its quest to spread its brand of Pan-Islamism. They will continue to secretly develop their nuclear arsenal with or without a new nuclear agreement, just like Hitler did in rearming Germany in the 1930’s.

In an interview with Arab News (May 30, 2021), Reza Pahlavi, the eldest son of the deposed Shah of Iran, Mohammad Reza Pahlavi, declared that he “is pessimistic on the nuclear deal, but optimistic about future ties with Saudi Arabia and Israel.” Reza Pahlavi, the Iranian crown prince in exile (living for the most part in the US), views the current indirect negotiations in Vienna between the US, its western partners (Britain, France and Germany), and Iran on a new nuclear deal, as “futile,” as long as the Ayatollah regime in Iran is in existence. He pointed out that, “The [Ayatollah] regime is simply using whatever it has as a means of blackmail — forcing the world to deal with it so that it can continue maintaining its grip on the geopolitics of the region.”

Reza Pahlavi believes that once the Ayatollah regime falls, the Iranian people would return to normal post-theocratic life, and that includes a positive future relationship with Israel and Saudi Arabia. He said, “The people haven’t changed, the regime has. And as a result of its negative impact in the region, we can certainly anticipate a future where mutual respect and cordial relationship will be conducive to better trade, better commerce, more opportunities, and improvement of people’s lives, standard of living, healthcare, regional stability, security coordination, and many other things.”

Pahlavi praised the Abraham Accords between Israel and four Arab countries (United Arab Emirates, Bahrain, Sudan, and Morocco). He pointed out that, “There was a time when people in Dubai were dreaming of coming to Tehran to go tour supermarkets, and shop in our stores. Today, the dream of every Tehrani is to go the furthest move away from Iran.” Pahlavi maintained that the Iranian people hold no malice toward Arabs, Israelis, or Americans. He revealed that students in Tehran had refused recently to partake in regime-organized demonstrations against foreign countries, i.e., Israel and the US. Pahlavi claimed that a nation like Iran, with a long history of civilization, culture, and tolerance, has never had an issue with antagonism toward other cultures or nations.

Of course, being interviewed by a Saudi-owned publication, Pahlavi was not about to mention Persia’s long conflict with its Arab and Sunni neighbors. Iranians have always looked at the Arabs with a superior attitude, considering the latter as primitive desert, camel-riding raiders. The Arabs who brought Islam to Persia indeed used Persians and Jews to run the bureaucracy of the Arab Abbasid Empire. Insofar as Jews were concerned, the Purim story is illustrative of the love/hate relationship between Jews and Persians. The Persian King Xerxes’ love for his Jewish queen and the loyalty of Mordechai, the court Jew, brought relief to the Jews from the antisemitic and genocide-seeking Haman. The Persian King Artaxerxes commissioned Ezra and Nehemiah to return their fellow Jews from the Babylonian exile back to the land of Israel and rebuild the Temple in Jerusalem, an immense historical gesture. In modern times, before the Islamic revolution, Iran and Israel had a close and warm relationship. The ayatollahs of the Islamist revolution in Iran seem to be the indirect successors of Haman.

Pahlavi referred to the ayatollah regime as the “Islamic Inquisition.” He said that Iranians have learned the hard way, including those who are genuinely pious in Iran, that they don’t want the regime because of the damage that it has caused to people of faith, and the clerical establishment. The theocratic rule by the ayatollahs has alienated Iranians from religion. “I think religious governance has created a situation where people are steering away from religion.” Pahlavi added, “In fact, there’s much more apathy vis-à-vis religious sentiment as a result of the regime directly trying to force a politicized religion and impose it on the public.”

The intolerance of the clerical regime in Iran toward minorities has been well established. The current Iranian constitution bans the parliament from passing laws contrary to Islam, and states that there may be no amendments as it relates to the “Islamic character” of the country. The constitution recognizes Christians, Jews, and Zoroastrians as protected religious minorities who may worship freely. Yet, they are subjected to discrimination and persecution because of their religious beliefs. The same is true regarding the Sunni-Muslim minorities in Iran, including Kurds, Arabs, and Baluchis.

Pahlavi touched on the recently-leaked comments by Iran’s foreign minister Mohammad Javad Zarif, about the IRGC controlling much of Iran’s economic infrastructure in alliance with the clerical regime. He said, “I was glad that somebody from the regime itself is dismantling this naïve expectation by the Western world that moderates will be able to resolve the issues should they be in a position of control. It’s a totalitarian system at the end, depending on the decision of one supreme leader.”

Pahlavi believes that the West needs to put more pressure on the Iranian regime in the nuclear talks. In an earlier interview with Newsweek Magazine, he said that it would be a “grave error” for Biden to join the JCPOA, even though its supporters and signatories argue that it is the only realistic way to restrain Tehran’s nuclear program. He said, “The decision by the Biden team to show its hand before it even came into office has caused the (Iranian) regime to scurry to increase the magnitude of its threat with more and higher enrichment of a nuclear bomb’s primary material.” Adding, “Critical components of the deal have lapsed and more will soon. If it had questionable worth in 2015, it is clearly a bad deal in 2021.”

As his final thought, Pahlavi suggested that, “If Iran today was a different Iran, you wouldn’t have missiles being shipped to Yemen. We would have scientists, including Israeli experts who are the best in the field, working at resolving the water crisis for our respective countries.”

The US and its Western allies must not repeat the mistakes made in dealing with Nazi Germany by appeasing a dangerous apocalyptic Iranian regime that threatens to “wipe Israel off the map.” Perhaps this time, the lessons of history will be learned.