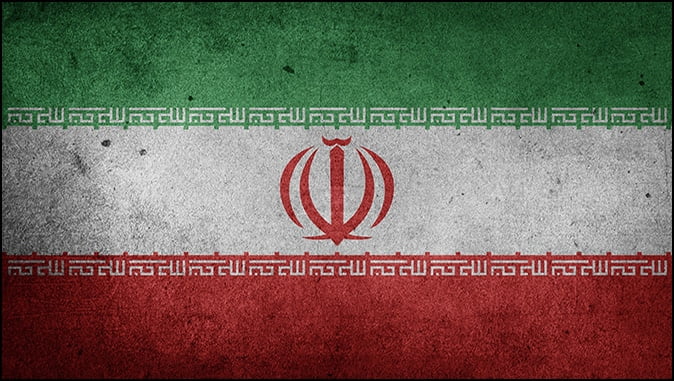 IMF Must Not Buy the Mullahs’ Coronavirus Lies
By Majid Rafizadeh

The ruling mullahs of Iran are doubling down on requests to the International Monetary Fund (IMF), headquartered in Washington DC, immediately to give Tehran an emergency $5 billion loan.

Iranian President Hassan Rouhani stated that his government wants to use the $5 billion fund to fight the coronavirus pandemic, and stressed once again, “I urge international organizations to fulfill their duties … We are a member of the IMF.” The IMF, however, should definitely decline the mullahs’ financial request, because the ruling mullahs have plenty of cash and that they would most likely misuse the funds to advance their anti-American and anti-Semitic — and even anti-Iranian people — agendas.

Iran’s Supreme Leader, Ayatollah Ali Khamenei, for instance, the unelected “representative of God on earth” and the longest-ruling autocrat in the Middle East, has a financial empire worth at least $95 billion, according to a report published by Reuters in 2013.

According to the most recent estimate, the U.S. Embassy in Baghdad estimated Khamenei’s wealth as worth nearly $200 billion. The U.S. Embassy wrote in a Facebook post:

“The possessions of the current supreme leader Ali #Khamenei alone are estimated at $200 billion, while many people languish in poverty because of the dire economic situation in #Iran after 40 years of rule by the mullahs.”

One of Khamenei’s major organizations, Setad (short for Setade Ejraiye Farmane Emam meaning “The Executive Headquarters of Imam’s Directive”), is worth at least $95 billion. Roughly half its holdings are invested in the corporate field and the other half in real estate, mainly through “the systematic seizure of thousands of properties belonging to ordinary Iranians” according to Reuters. In 2013, the EU sanctioned the president of Setad, Mohammad Mokhber, for involvement in “nuclear or ballistic missile activities.” The United States Department of the Treasury called Setad a “massive network of front companies”.

Also, if the Iranian leaders are so concerned about the public’ health, why they have been ratcheting up their use of lethal force, suppression and human rights abuses against those who have been revealing the truth about the COVID-19 virus in Iran or who have been voicing their concern about the regime’s mishandling of the coronavirus crisis? Recently, approximately 36 prisoners in Iran were reportedly killed by the regime’s security forces for protesting over their fears of contracting COVID-19 virus. According to a recent report by Amnesty International:

“In recent days, thousands of prisoners in at least eight prisons around the country have staged protests over fears of contracting the coronavirus, sparking deadly responses from prison officers and security forces. In several prisons, live ammunition and tear gas were used to suppress protests, killing around 35 prisoners and injuring hundreds of others, according to credible sources. In at least one prison, security forces beat those taking part in the protest action, possibly leading to the death of an inmate.”

The IMF really should not provide funds to a regime that is both the “world’s worst state sponsor of terrorism” and the world’s leading executioner and torturer of children. Some of the children who have been executed are as young as 12. Iran’s Sharia Penal Code allows girls as young as 9 and boys as young as 15 to be executed. Vague charges — such as “waging war against God,” spreading moharebeh (“corruption on earth”), protesting, or “endangering the country’s national security” — are generally brought up by the Islamic Republic’s judiciary system or the Revolutionary Court.

If the IMF grants the Iranian regime billions of dollars, the “world’s worst state sponsor of terrorism” will most likely spend the funds on supporting, arming and finance proxies and terror groups across the region to attack Americans and their allies and further destabilize the region. As a US State Department spokesperson in the Trump Administration recently said:

“The world’s leading state sponsor of terrorism is seeking cash to fund its adventurism abroad, not to buy medicine for Iranians. The regime’s corrupt officials have a long history of diverting funds allocated for humanitarian goods into their own pockets and to their terrorist proxies.”

“Iranians themselves know this best, which is why many dissidents and former political prisoners have written to the IMF requesting that they deny providing direct financial support to the regime, which would not go to help the Iranian people.”

An official from the US Department of Treasury noted:

“The United States is aware of Iran’s request for financing from the IMF and, as in the past, we remain opposed to funding going to Iran that could be used to foster the regime’s malign and destabilizing activities. Unfortunately, the Iranian central bank, which is currently under sanction, has been a key actor in financing terrorism across the region and we have no confidence that funds would be used to fight the coronavirus.”

The IMF must not buy the mullahs’ coronavirus lies; if the funds are given to the ruling mullahs of Iran, the last place the funds will be used is fighting COVID-19 virus.

Israel in Flames An arson wave reveals stark truths about a country and its neighbors.…

Obama’s betrayal of Israel at the UN

Obama's betrayal of Israel at the UN By Matt Ward Friday 23rd December, 2016, will…

Rage on Earth and Laughter in Heaven

From Slavery to Freedom

From Slavery to Freedom By Daniel Greenfield As another Passover begins, the echoes of "Once…

A Chronicle of Apathy

A Chronicle of Apathy By Jan Markell As I state in my book, Trapped in…