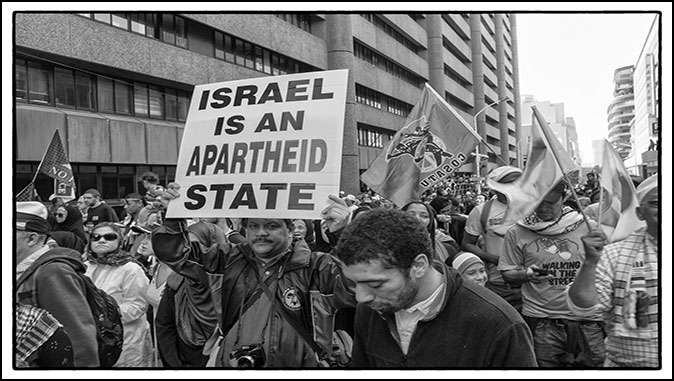 When Robert Bernstein, Aryeh Neier, and Jeri Laber founded Human Rights Watch (HRW) in 1978, they did not contemplate that the Jewish state would become its target for de-legitimization and abuse. At the time of its establishment, not long after the Helsinki Accords were signed that included the signatories from the “Iron Curtain,” the ostensible focus was to report on the abuses of human rights in Soviet bloc countries. The idealistic founders were committed to shed light on the darkest corners of humanity.

In subsequent decades, HRW grew antagonistic toward free countries, and especially Israel. On October 20, 2009, HRW founder Robert Bernstein wrote an opinion piece in the New York Times, pointing out that, “HRW has been issuing reports on the Israeli-Arab conflict that are helping those who wish to turn Israel into a pariah state.” As if to reinforce Bernstein’s 2009 observation about HRW’s obsession with Israel, and its efforts to portray Israel as a pariah state, the most recent HRW report issued last week (April 27, 2021) has gone even further, adding the term “apartheid” to its abuse.

HRW has campaigned vigorously as part of Non Governmental Organizations (NGO) efforts to get the International Criminal Court (ICC) to investigate Israel on alleged human rights violations. They have provided a political narrative instead of a credible factual presentation and legal analysis. The same HRW has backed the Boycott, Divestment and Sanctions (BDS) campaigns against Israel, as well as against companies that do business in Israel. HRW attempted and failed to get Airbnb and FIFA to withdraw or boycott Israel. Omar Shakir, the Israel-Palestine director of HRW, who has written the latest report titled, “The Threshold Crossed,” has campaigned for decades to deny Israel’s right to exist. Shakir’s personal hostility toward Israel increased further when the Israeli Supreme Court revoked his work visa because of his active involvement in the discriminatory and anti-Semitic BDS campaigns.

The HRW report states that the “government enforced generalized travel bans on Palestinians in the occupied Gaza Strip.” HRW should know better. Israel withdrew from the Gaza Strip in 2005, and left the Palestinians agricultural nurseries, which the Palestinians destroyed. In 2007, Hamas kicked Fatah/ Palestinian Authority out of Gaza, and took full control. Since then, Hamas and Islamic Jihad in Gaza have engaged in continuous terror against Israel, targeting primarily civilians. HRW’s anti-Israel bias is evident in ignoring this reality in its report. Nor has HRW addressed Hamas’ terror tunnels, incendiary balloons, and unprovoked rocket attacks against Israel. At the same time, HRW minimized Israel’s humanitarian aid to the Gaza Palestinians in the form of food, medicine, and essential necessities. Moreover, in cases of medical emergencies, Israel has allowed Gaza Palestinians to be brought to Israeli hospitals. What Israel seeks to prevent is the inflow of terrorists and materials that would be used to build terror tunnels and other lethal weapons against Israel’s civilian population. The HRW report arrogantly dismisses Israel’s security concerns.

The HRW report asserted that Israel is preventing Palestinian immigration to Israel after marriage, and thus it constitutes “apartheid.” It is apparent that Shakir’s report employs various falsehoods to smear and malign Israel, including Israel’s Law of Return. It omits the fact that the November, 1947 UN Partition Plan clearly designated Israel as a Jewish state. Naturally, following the Holocaust experience Jews underwent, with the absence of a safe haven to escape the Nazi beast, Israel’s first order of the day was to provide Jewish survivors with a sanctuary. The western allies and the British Mandatory government in Palestine “White Paper” denied Jew’s entry to Palestine while Hitler’s Nazis murdered every Jew they could find. On the issue of after marriage immigration, Shakir knows that not a single democratic state would allow a hostile population entry into their country, particularly when the so-called Palestinian “right of return” to Israel is a formula for the demographic destruction of the Jewish state. Still, Israel has permitted Israeli-Arabs to bring Palestinian spouses into Israel.

The report, using the term Occupied Palestinian Territory (OPT) is in itself a false, misleading, and mendacious term. There has never been a Palestinian state; Jordan occupied the West Bank from 1948 to 1967. Egypt occupied Gaza at the same time. United Nations Security Council Resolution 242 used the principle of “territory for peace.” It specifically used the word ‘territory’ to imply that not ‘all’ the territories Israel captured in the 1967 Six Day War would be exchanged. Resolution 242 dealt with recognized states such as Egypt and Jordan, but not the Palestinians. Today, the Palestinian Authority (PA) controls the lives of 95% of the Palestinians in the West Bank. Hamas has full control of the entire Gaza Strip.

In a New York Times opinion piece (September 19, 1983), the late Eugene Rostow, who served as Dean of Yale Law School, and Under Secretary of State for Political Affairs in the Johnson administration, wrote: “Israel has an unassailable legal right to establish settlements in the West Bank. The West Bank is part of the British Mandate in Palestine which included Israel and Jordan as well as certain territories not yet generally belonging to either country. While Jewish settlement east of the Jordan River was suspended in 1922, such settlement remains legal in the West Bank.”

The claims by the HRW regarding the definition of apartheid under the Rome Statute are fundamentally political, and rejected by most legal experts as distortion and slander. The HRW and other anti-Israel NGOs erase the basic nature of the South African regime, which was characterized by systematic institutionalized oppression, particularly in the realm of political and civil rights. Israel, by contrast, is a recognized liberal democracy, where all its citizens, Arabs and Jews, enjoy full political rights as well as civil and human rights.

The Rome Statute grew out of the tragedies of WWII, foremost among them the Holocaust. The statute deals with, as HRW writes: “severe deprivation of fundamental rights on racial, ethnic, and other grounds…” These are precisely what the German Nazis and their allies committed principally against the Jewish people. The HRW and their NGOs allies, who seek to equate the Jewish state with such crimes, are simply despicable. Moreover, Israel’s Supreme Court has bent backwards to protect the civil and human rights of West Bank Palestinians.

In the political and soft power arenas, the smear of apartheid is particularly potent. Repeating the calumny of the 1970’s that “Zionism (the Jewish national liberation movement) is racism,” and labeling the Jewish state as racist, comparing it to South Africa’s apartheid regime is an attempt to delegitimize Jewish sovereignty. The HRW report is yet another move in the decades-long series of obsessive attacks against Israel, and its legitimacy as the nation-state of the Jewish people.

Professors and international jurists Irwin Cutler and Richard Goldstone, both noted legal experts, asserted that labeling Israel as an “apartheid state” amounts to distortion and slander. Cutler, a former Canadian Attorney General, pointed out, “Let there be no mistake about it: to indict Israel as an apartheid state is a prologue and justification for the dismantling of the Jewish state, for criminalization of its supporters, and for the consequential silencing of their speech.” Richard Goldstone, South Africa’s former Justice of the Constitutional Court, in a New York Times piece wrote: “In Israel there is no apartheid. Nothing there comes close to the definition of apartheid under the Rome Statute.”