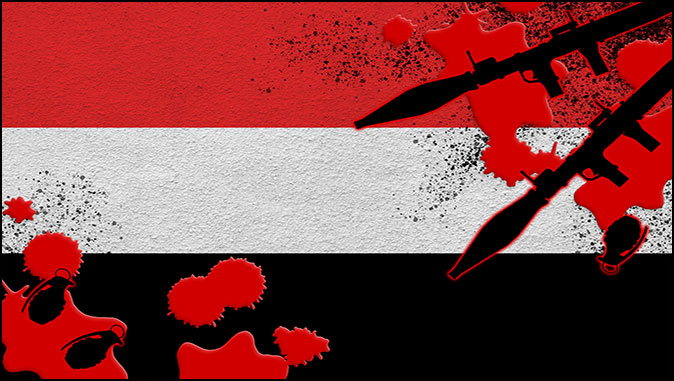 Isn’t great that America is back and the adults are back in charge? America is back, all right: all the way back to 1979, the last time we had a president so weak that enemies of the United States stormed one of our embassies and took hostages. On Thursday, the Yemeni media outlet Al-Masdar Online reported that Houthi jihadis in Yemen, which are backed by the Islamic Republic of Iran, stormed our embassy in Sana’a, seizing “large quantities of equipment and materials.” Just days before that, according to the Middle East Media Research Institute (MEMRI), they “kidnapped three Yemeni nationals affiliated with the U.S. Embassy.” Biden’s team promised America would be back, but didn’t say anything about Jimmy Carter coming around again as well.

A State Department spokesman confirmed the Yemeni report, saying: “The United States has been unceasing in its diplomatic efforts to secure their release. The majority of the detained have been released, but the Houthis continue to detain additional Yemeni employees of the embassy.” They are being “detained without explanation and we call for their immediate release.” The U.S., the spokesman continued, is “concerned about the breach of the compound” and is calling “on the Houthis to immediately vacate it and return all seized property.”

Yeah, I’ll bet the Houthis are shaking with fear now. Because Biden’s handlers are really going all out on this one: deploying the Navy? Sending in the Marines? Immediately imposing crippling sanctions? Come on, man! The Biden team, said the State wonk, “will continue its diplomatic efforts to secure the release of our staff and the vacating of our compound, including through our international partners.” That’ll show ‘em.

Contrast that weak and uninspired response with what is going on among the Houthis themselves. Last June, according to MEMRI, the Houthis’ Al-Eman TV featured an Islamic scholar, Dr. Ahmad Al-Shami, telling a room full of children that “the scam of 9/11 was a theatrical show produced by the Jews and the Americans. They killed a group of their own people so that they could have a pretext.… All of this is done under the pretext of fighting terrorism, which ‘emerged from your midst of Muslims and Arabs.’” Al-Shami declared: “When we say ‘Death to America,’ it means life for all the nations that America is killing. When we say ‘Death to Israel,’ it means life for all the people, around the world, in whose killing and corruption Israel is taking part.”

The students then began chanting “Allahu akbar! Death to America! Death to Israel! Curse be upon the Jews! Victory to Islam!”

Charming. Yet when Donald Trump had the Houthis designated as foreign terrorists, the Leftist political and media establishment was (as always regarding anything and everything Trump did) outraged. No fewer than twenty-two aid groups that were operating in Yemen demanded that the designation be revoked “immediately,” and when his handlers gained control of the presidency, Old Joe Biden did just that. Trump was right again. If any group deserves to be considered foreign terrorists, it’s the Houthis.

Nevertheless, in September the Biden administration quietly removed an advanced missile defense system from Saudi Arabia, despite the fact that the Saudis are suffering ongoing air attacks from the Houthis in Yemen.

Did Biden’s handlers think that removing the missile defense system would move the Houthis, or their Iranian backers, to make a reciprocal gesture of goodwill? Did they think that the Houthis would stop teaching children to scream “Death to America” and tell them that America turns out to be pretty nice after all?

The removal of the missile defense system was obviously another attempt to appease the mullahs in Tehran, who so far have not been moved by Biden’s handlers’ many overtures to soften their harsh anti-American rhetoric. Pentagon spinmeister John Kirby, however, said nothing about the Islamic Republic as he admitted to “the redeployment of certain air defense assets”; instead, he insisted that the American commitment to its allies in the Middle East remained “broad and deep.”

Kirby added: “The Defense Department continues to maintain tens of thousands of forces and a robust force posture in the Middle East representing some of our most advanced air power and maritime capabilities, in support of U.S. national interests and our regional partnerships.” But it is increasingly clear to the world that this is just empty verbiage and nothing more. The storming of our embassy in Yemen proves that anew.

Will this new act of belligerence by Iran’s Yemeni clients lead Biden’s handlers to abandon their policy of appeasement toward the Islamic Republic of Iran? Will they drop their pipe dream of reviving the nuclear deal and begin to deal realistically with the genuine threat that Iran and its clients pose? Once again: come on, man!

Sorry, Everyone, Hamas is Still a Terrorist Group

Sorry, Everyone, Hamas is Still a Terrorist Group By Khaled Abu Toameh Originally Published by…

Foiling a Chinese Military Operation in the United Arab Emirates