Why God Has Blessed the United States
By Bryan Fischer

Why is it that some nations prosper and other nations don’t?

There is one abiding and overarching principle God uses in deciding whether to release his favor over a nation or withhold it. That one principle is whether that nation is a friend or a foe to the sons of Abraham. 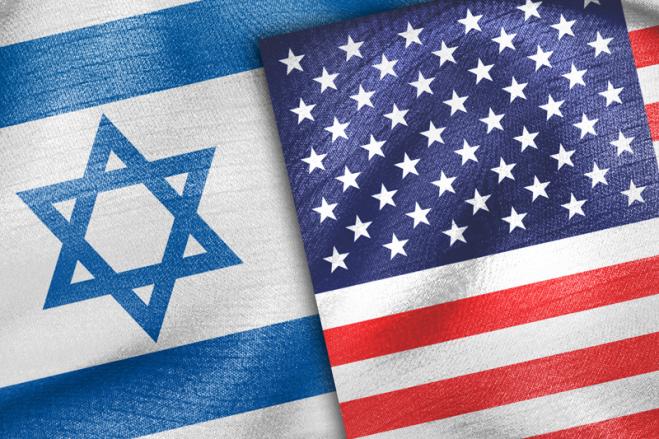 Now there are many other reasons for the United States to support Israel. One is our longstanding history as a nation with the Jewish people. Judaism has always been – until this recent flood of Muslim immigrants – America’s second religion, after Christianity.

Israel is the only democracy in the Middle East, which is reason alone to stand with her. She has been a staunch ally of the US since the earliest days of her modern founding, and simple friendship and loyalty dictate that we return the favor.

And unlike the Muslim nations which surround Israel, Israel does not want to destroy the United States.

The Palestinian Authority has given the United States no reason to trust it or to believe that any two-state solution has the remotest chance to work.

The UN offered Arab Muslims a two-state solution in 1948. While the United States recognized the state of Israel within minutes of the 1948 UN declaration, the surrounding Muslim nations spat on the two-state solution and went to war.

The sober truth is that the vast majority of Muslims in the Middle East are interested only in a one-state solution: a Muslim one with Israel wiped off the planet, gone. Palestinian school children today study maps of the Middle East on which Israel does not appear. It would be the height of folly to believe any single thing Muslims say about living in peace with Israel. They do not want to live in peace with Israel, they want to obliterate her.

But beyond all these quite sound reasons to stand unapologetically with Israel against the UN, the Palestinian threat, and the Muslim world, there is one additional, overriding reason.

We should stand with Israel because God does.

God made a profound promise to the father of the Jewish people, a promise which he has never revoked and which is still in effect today. “I will bless those who bless you, and him who dishonors you I will curse” (Genesis 12:3).

God here declares one simple, abiding truth: he will deal with the nations of the world as they deal with Israel.

You can argue all day if you’d like about whether the United States is a Christian nation. The evidence is indisputable that it is, but one thing that no one can dispute is that the United States has been kind to the biological and spiritual offspring of Abraham.

It has been the friendliest place on earth for the followers of Christ, who according to the apostle are “sons of Abraham” (Galatians 3:7). Whether America continues to be prosperous and free and operate under an open heaven will be determined by whether we continue to provide an atmosphere of freedom and liberty for the church of Jesus Christ. We must fight to protect religious liberty for many reasons, but one of them is simple patriotism: protecting the free exercise of the Christian faith is good for America.

And the United States has historically provided a safe place, a haven, for the physical descendants of Abraham, who have been able to freely practice their faith here and enjoy the prosperity and possibilities this Christian nation affords to all people of good will.

So if someone is looking for a reason for America’s security and success, he needs look no further: God has blessed America because America has blessed the sons of Abraham.

Paul says quite plainly that the Gentile world – that’s us – owes Israel a debt which it is morally bound to repay. Speaking of the Jews, he says, “For if the Gentiles have come to share in their spiritual blessings, they ought also to be of service to them in material blessings” (Romans 15:27). Indeed, Paul says we “owe it to them.” It’s hard to get much clearer than that.

Israel is preciously short of friends these days. The Jewish people do not, for the first time in our history, have a friend in the White House. So they must be able to count on the friendship, loyalty and support of the American people and the American church. Let’s make sure we do not let them down.

Earth, Just Before the Rapture

Earth, Just Before the Rapture By Bill Perkins One of the more remarkable Scriptures in…