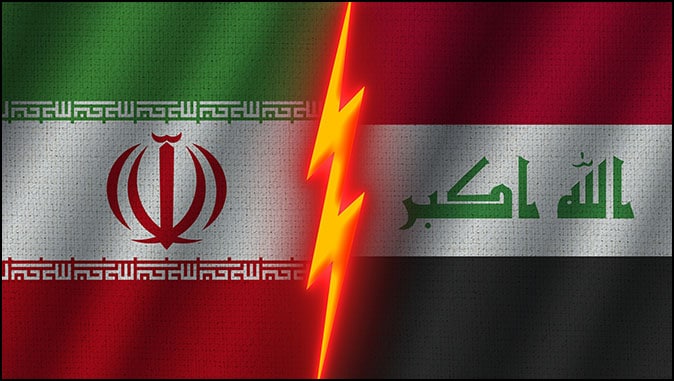 The attempted assassination of Iraq’s Prime Minister, Mustafa al-Kadhimi on the morning of November 7, 2021, is a reminder that chaos and violence in Iraq has not abated. Three explosive laden drones targeted Kadhimi’s residence of which only one actually hit the target; the other two were intercepted and shot down by the Iraqi security forces. Al-Kadhimi himself was not hurt. In an online video Kadhimi called the attack on him “cowardly aggression,” and pointed out to the would be assassins that, “Cowardly rocket and drone attacks don’t build homelands and don’t build a future.”

There is little doubt as to who the attackers happened to be…they were the Iranian sponsored militias and their supporters who refused to accept the October 10, 2021 parliamentary election results. The election results showed significant losses for the political alliance that comprised the pro-Iranian, Shiite-led Popular Mobilization Units (PMU). In the 2018 elections, while fresh from claiming victory against the Islamic State (IS), earlier in 2017, the PMU was rewarded in the parliamentary elections by jubilant Iraqis for helping the Iraqi army defeat IS. In the last month’s elections however, the Iraqi people indicated that they want a government that stands on its own without being propped up by Iran and its subservient Iraqi Shiite militias.

The attack on al-Kadhimi’s residence followed a stand-off between Iraqi security forces and pro-Iranian Shiite militias, whose supporters have camped outside the Green Zone (where Iraqi government offices and official residences, as well as embassies are located for security reasons) for almost a month. The pro-Iranian protesters have rejected the results of the parliamentary elections, in which they (the pro-Iranian militias) have lost two-thirds of their seats.

Abu Ali al-Askari, a senior leader in the most hardline, pro-Iranian militia, Kataib Hezbollah, maintained that the assassination attempt was merely an effort by al-Kadhimi to “play the role of the victim.” He wrote in his Twitter post that “If anyone wants to harm this Facebook creature there are many ways that are less costly and more effective to realize that.” Bassam al-Qizwini, a Baghdad political analyst, suggested that the attack on al-Kadhimi’s residence meant to “cut off the road that could lead to a second al-Kadhimi term” by those pro-Iranian militias who lost the recent elections. On November 6, the day before the attack on the Prime Minister’s residence, Qais al-Khazali, commander of another Iranian-backed armed militia, Asaib Ahl al-Haq (AAH), threatened al-Kadhimi. Both Kataib Hezbollah and AAH are considered terrorist organizations by the US.

The big winner in these last elections (October, 2021) was the Sadrist movement of the nationalist Shiite cleric Muqtada al-Sadr. While not a friend of the US by any stretch of the imagination, he is neither a supporter of Iran’s meddling in Iraqi politics. Al-Sadr has called on the US remaining troops in Iraq to leave. He has a similar message for Iran, “get your grip off Iraq.” In 2003, Sadr and his Mehdi army fought against the US forces in Iraq. Sadr also protested against the Iranian-backed government of Prime Minister Abdul Mahdi in 2019, which caused it to collapse. Yet, when it comes to Sadr’s geo-political orientation, and the choice between the US and Iran, Sadr will go with his Iranian co-religionists.

The chaos and violence in Iraq that al-Sadr pledged to curb is continuing. His rivalry with the pro-Iranian militias who have turned to political parties, are challenging the Sadrist Movement growing power and influence. This Shiite versus Shiite conflict is likely to end with chaos and bloodshed.

The Sadr bloc in the Iraqi parliament is now the largest and most dominant, and if he has his way, he will demand that the US troops leave, and its bases in Iraq be transferred to the Iraqi army. The autonomous Kurdistan Regional Government (KRG) in northern Iraq, led by President Nechirvan Barzani (took office in June, 2019), is unlikely to comply with the Baghdad dictates regarding US bases in Kurdistan and the American troops there. The KRG wants them as protection against possible threats from Ankara, Baghdad, and Tehran.

The Grand Ayatollah of Iraq, Sayyid Ali al-Husayni al-Sistani, is the influential spiritual leader of Shiites everywhere, especially in Iraq. Sistani has eschewed Ayatollah Khomeini’s militancy. He has advocated a “quietist” approach which believes in the clergy separating religion from politics. Sistani, based in Najaf (Iraq), the epicenter of Shiite Islam, is rivaled by Qom (Iran), which gave rise to Khomeini. Sistani has disagreed with Khomeini’s doctrine known as Velayat-e-Faqih. This piece of Shiite jurisprudence, which calls for a “trustworthy jurist” to guide (rule) society until the return of the infallible imam, a descendent of the Prophet Mohammad, has allegedly been hiding or in “occulation” for over 1000 years. Many Iraqi Shiites follow the fatwas of Sistani rather than Khomeini.

The demise of Saddam Hussein’s dictatorship ended the reign of the Sunni minority in Iraq (Sunni Arabs and Kurds account for less than 35% of Iraq’s population. Shiites are about 65% of the population) that existed since Iraq got its independence in 1932. The Sunni Arabs, unlike the Shiite-Arabs in Iraq, have been hostile to the Shiite Islamic Republic of Iran. However, in the eight-year long (1980-1988) Iran-Iraq war, most of the foot soldiers were Shiite Iraqis. Thousands of them were killed in the war, and there is still some enduring bitterness toward the Iranian regime. The Sunnis, removed from positions of power, and discriminated against by the PM Nuri al-Maliki government (2006-2014), contributed to the rise of IS, which continues to bring chaos to Iraq.

Muqtada al-Sadr claimed that the November 7, 2021 attack on PM Kadhimi’s residence was a “terrorist attack,” and pointed out that, “It returns Iraq to a state of chaos to be controlled by non-governmental forces so that Iraq lives under the pain of riots, violence and terrorism, so that dangers and interventions from outside swept it from here and there.” He added, “Our valiant army and heroic security forces must take matters into their hands until Iraq recovers and returns strong.”

Sadr called for all arms to be brought under the control of the state. It is a clear reference to the need to disarm the pro-Iranian armed militias. Interestingly enough, there is a similar call in Lebanon for the Shiite Hezbollah to disarm.

Chaos and violence have been endemic throughout modern Iraqi history. The Hashemite rule from 1932 to 1958, was followed by coup d’états by Abd al-Karim Qassem in July, 1958 that ended the Hashemite monarchy. In November, 1963 Abdul Salam Arif coup deposed Qassem. Subsequent coups brought the Baath party to power, and eventually led to Saddam Hussein officially seizing power in 1979, although enjoying de facto power since 1968…The US brought down Saddam, and sought to bring democracy to Iraq.

Unfortunately, it appears that democracy in Iraq isn’t a natural phenomenon, and in the meantime, it is unlikely that chaos and violence in Iraq will end in the foreseeable future.

Sorry, Everyone, Hamas is Still a Terrorist Group

Sorry, Everyone, Hamas is Still a Terrorist Group By Khaled Abu Toameh Originally Published by…

Foiling a Chinese Military Operation in the United Arab Emirates