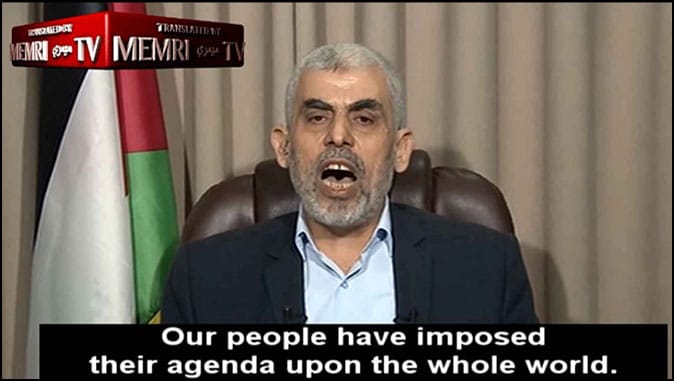 The US announced it would funnel $99 million to the UN body aiding Palestinian refugees Thursday, bolstering the cash-strapped agency amid a series of moves aimed at pulling Palestinians out of an endemic economic morass.

The State Department’s Population, Refugee and Migration Bureau said on Twitter that the money to the UN Relief and Works Agency will “provide education, health care, and emergency relief to hundreds of thousands of Palestinian children and families during a time of need.”

Good thing Americans aren’t in need or anything.

But UNRWA is really the arms depot and welfare state, not to mention employment agency for Hamas.

UNRWA employs Hamas personnel and isn’t even shy about it. Its facilities were used as staging areas for Hamas attacks.

“I am sure that there are Hamas members on the UNRWA payroll,” a former UNRWA Commissioner-General said, “and I don’t see that as a crime.”

Biden had previously signed off on $150 million for UNRWA back in April. UNRWA is a UN agency wholly dedicated to the Muslim colonists in and outside Israel, and acts as their private welfare state.

And Biden can’t stop putting money into it.