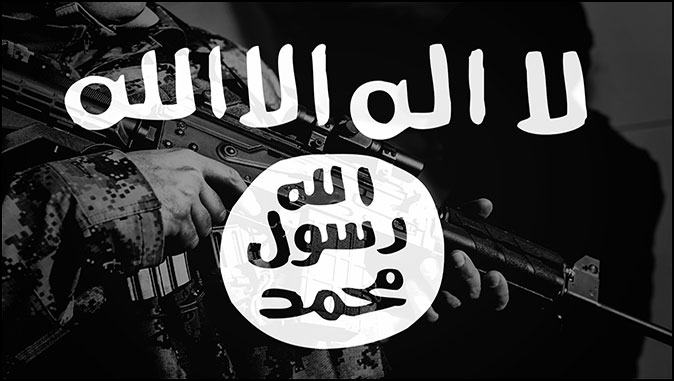 Al-Qaida and ISIS: Still in Afghanistan
Does Biden have a realistic plan for keeping them contained there?
By Terence P. Jeffrey

“Last night in Kabul, the United States ended 20 years of war in Afghanistan, the longest war in American history,” President Joe Biden said in an address to the nation last Tuesday afternoon.

But is that war over?

Biden may have withdrawn the U.S. military from Afghanistan, but terrorist groups intent on attacking the United States still operate there.

A week after the 9/11 terrorist attacks, Congress enacted a war authorization that was succinct yet sweeping.

Al-Qaida, of course, was the terrorist organization that planned and committed the 9/11 attacks. Its leader, Osama bin Laden, was the person most responsible. The Taliban’s Afghanistan was the nation that most significantly aided bin Laden and al-Qaida.

Soon after 9/11, the United States invaded Afghanistan, overthrew the Taliban and drove Osama bin Laden into hiding in Pakistan, eventually finding and killing him.

For twenty years, the U.S. military maintained a presence in Afghanistan that prevented the Taliban from retaking control of the country and stopped al-Qaida from using it as a sanctuary from which it could plan and launch terrorist attacks against the United States.

But this April 14, Biden announced he was going to follow through on the agreement former President Donald Trump had made in 2020 with the Taliban to remove all U.S. forces from that country.

But it is not only the Taliban and some unevacuated Americans Biden has left behind.

That same April day that Biden said he would complete the U.S. withdrawal from Afghanistan, CIA Director William Burns testified in the Senate Select Committee on Intelligence.

“I think we have to be clear-eyed about the reality, looking at the potential terrorism challenge, that both al-Qaida and ISIS in Afghanistan remain intent on recovering the ability to attack U.S. targets, whether it’s in the region, in the West, or ultimately in the homeland,” Burns told the committee.

“I think it is also clear that our ability to keep that threat in Afghanistan in check — from either al-Qaida or ISIS in Afghanistan — has benefited greatly from the presence of U.S. and coalition militaries on the ground and in the air, fueled by intelligence provided by the CIA and our other intelligence partners,” he said.

Burns then delivered a warning: “When the time comes for the U.S. military to withdraw, the U.S. government’s ability to collect and act on threats will diminish. That’s simply a fact.”

Two weeks after Burns delivered this testimony, the U.N. Security Council published a report on the situation in Afghanistan.

“A significant part of the leadership of Al-Qaida resides in the Afghanistan and Pakistan border region, alongside Al-Qaida in the Indian Subcontinent,” said this report. “Large numbers of Al-Qaida fighters and other foreign extremist elements aligned with the Taliban are located in various parts of Afghanistan.”

The Security Council report went on to conclude that “it is impossible to assess with confidence that the Taliban will live up to its commitment to suppress any future international threat emanating from Al-Qaida in Afghanistan.”

“Al-Qaida and like-minded militants continue to celebrate developments in Afghanistan as a victory for the Taliban’s cause and thus for global radicalism,” said the report.

In an interview published June 12 by Military Times, Marine Gen. Kenneth F. McKenzie Jr., the commander of U.S. Central Command, delivered a warning of his own about what could emerge from Afghanistan after the U.S. withdrawal.

Howard Altman of Military Times asked McKenzie: “Do you foresee realistic threats to the homeland emanating from Afghanistan after withdrawal is completed and what worries you most about that?”

“We know, with a high degree of certainty, that al-Qaida and ISIS, and the version of ISIS that’s in Afghanistan — ISIS Khorasan is what we call it — they both have aspirations to attack the United States,” McKenzie said.

“We believe that what has prevented these attack from being developed, both from Afghanistan and from Syria as well over the last few years, is the pressure that has been put on these groups,” McKenzie said.

“So, what would concern me the most in the long term would be a future situation in Afghanistan where there wasn’t adequate pressure kept on these groups,” McKenzie said, “because we know left unmolested that they are certainly going to rebuild, restrengthen themselves, and we have no reason to doubt they don’t mean what they say when they say, repeatedly and earnestly over the past few years, that they want to attack us in our homeland.”

U.S. forces are now gone from Afghanistan. But both ISIS and al-Qaida are still there — and, according to both the CIA director and the U.S. Central Command commander, both these terrorist groups want to build the ability to attack the United States in the United States.

Does Biden have a realistic plan for keeping them in Afghanistan from outside Afghanistan?

Terence P. Jeffrey is the editor in chief of CNSnews.com

The Cost of Our Afghanistan Withdrawal

The Cost of Our Afghanistan Withdrawal Exploring the damage to American interests. By Dennis Prager…

Afghanistan After America The Taliban, like most Jihadis, are players in someone else’s chess game.…

Biden's Retreat Showing the world that there is no worse friend, and no better enemy,…