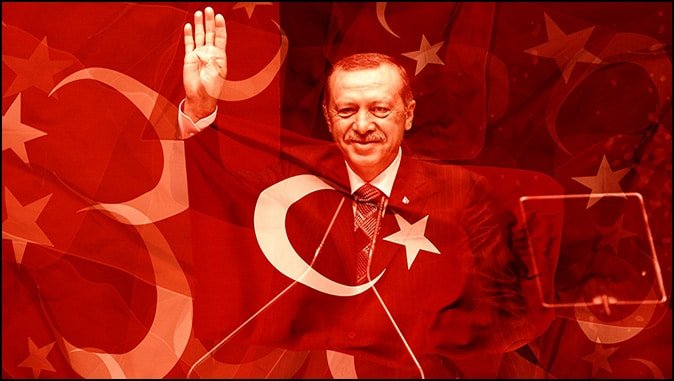 The outcome was inevitable.

The fake Reichstag coup that so many western nations fell for closed the door on any kind of independent authority in Turkey. All that remains is Erdogan, its insane Islamist tyrant, and his fantasies of rebuilding the Ottoman Empire.

The reconquest of the Hagia Sophia was a crucial step in that direction.

The process was meaningless because Erdogan now wholly controls the courts. Judicial decisions are Erdogan’s decisions. And Erdogan made it clear that the hijacking of the historic church is just one step in a larger plan for Islamist expansionism targeting other Islamic “holy” sites that had once been under Ottoman control.

“The revival of Hagia Sophia is the harbinger of freedom of Al-Aqsa and the footsteps of Muslims emerging from the era of interregnum,” the Turkish president said late Friday, referring to the mosque in Jerusalem that many Muslims consider under occupation.

Al-Aqsa is the Islamic occupation mosque in Jerusalem that had been planted as a symbol of the Islamic conquest over the holiest site in Judaism. The similarity to what Erdogan had just done was obvious.

For Turkey’s religious conservatives, “converting the Hagia Sophia is the ultimate moment,” said Mustafa Akyol, a senior fellow specializing in Islam and modernity at the Cato Institute, a Washington think tank.

Obviously that misses the point.

Erdogan, like other Islamist tyrants, is setting himself up as a protector of Islam. The “right of the sword” only applies to Muslims.

A conquest made by Muslims has been sanctified by Allah. That’s why the holy sites of other religions, such as Christianity and Judaism, must be converted into mosques. The right of the sword means converting the Hagia Sophia into a mosque, it means going after Israel over Jerusalem, and pursuing Erdogan’s imaginary mosque that he believes Columbus saw in Cuba.

Thousands of Gaza Hamas Thugs Attack Israel for $100 a Day

The Trump Way of War

The Trump Way of War Unlike his predecessors, Trump is serious about winning. By Caroline…

The Palestinians’ Three No’s: What They Mean

The Palestinians' Three No's: What They Mean By Bassam Tawil Originally Published by the Gatestone…