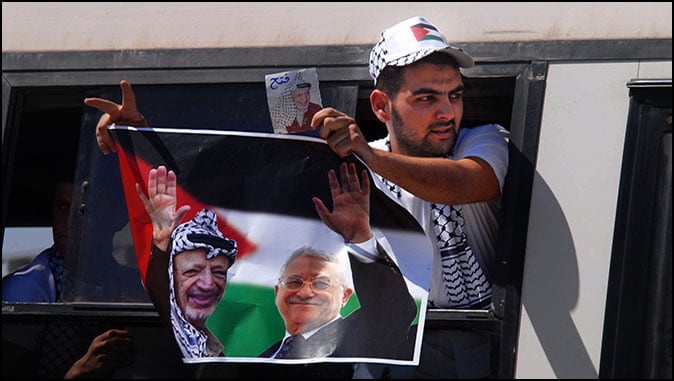 So much has been happening with the Palestinians and their new friends in Washington. First, there was the announcement by Linda Thomas-Greenwood, our ambassador to the U.N., that the U.S. would be giving $15 million to the PA, presumably as a token of American affection and esteem. No one mentioned that this violated the Taylor Force Act, which prohibits American aid to the Palestinians as long as the “Pay-For-Slay” program continues. And it is continuing. But the Biden Administration is so eager to lavish money on the Palestinians that it is willing to take a chance that Congress won’t raise a fuss about Taylor Force. And so far it hasn’t. To make matters still worse, now the Biden Administration says it will send another $80 million to the Palestinians. That constitutes another, even bigger, violation of the Taylor Force Act. And yet that news was met with the same inexplicable silence from Congress. And while we are at it, we have a question for Biden, Blinken et al. What exactly have the Palestinians done to deserve having the spigot of American aid turned back on? They did nothing. Absolutely nothing.

But it gets worse. Mahmoud Abbas has announced his list of candidates for the Palestinian parliamentary elections that are to be held on May 22. A report on that list is here: “Report: Abbas’ Party List for Upcoming Elections Includes Terrorists and Their Relatives,” by Benjamin Kerstein, Algemeiner, April 1, 2021:

Second on Abbas’ party list is the widow of one of those responsible for the notorious 2001 attack that killed Israeli 10-month-old Shalhevet Pass, during the second intifada.

Putting this woman second on the party list for the Palestinian parliamentary elections is a sign of the respect in which she is held by Mahmoud Abbas. After all, she is the widow of Mahmoud Amru, who took deliberate aim at a Jewish baby sitting in her stroller, and killed her, thus becoming a true Palestinian hero. By honoring his widow as a way of paying tribute to Amru himelf, Abbas is deliberately flaunting his willingness to reward terrorists, even beyond what Pay-For-Slay provides.

And there are others on his list who are not relatives of terrorists, but terrorists themselves.

In addition, a former security prisoner from Jenin — who killed an Israeli named Moti Biton in 1992 and was later released as part of a goodwill gesture to Abbas in 2013 — has the tenth spot on the Fatah list.

Another released security prisoner, a man from Hebron who received a life sentence before being let go in another deal and was later imprisoned for 15 years during the second intifada, holds the fifteenth place on the list. The legislative elections, announced by Abbas in January, are scheduled for May.

There’s no need for a comment from the PA. We know they are unembarrassedly going to continue to honor and support terrorists in three ways. The first is the financial support provided by the “Pay-For-Slay” program of stipends to terrorists and their relatives – a program which Mahmoud Abbas almost dares the Biden Administration to try to shut down, having taken its measure, and realizing that Biden, Blinken, and Sullivan have no intention of respecting the Taylor Force Act. The second way that terrorists are honored by the PA is having streets and squares named after them, to remind the Palestinians of their heroic deeds: murdering babies, bus drivers, families at pizza parlors and Passover seders. And the third way is by selecting terrorists, or their relatives, to be candidates for the Palestinian parliament.

Now that those candidates have been selected, one can only hope that Biden or Blinken will recognize that it is time to draw the line with the PA, and to demand that Abbas at once undo what he has done, and withdraw his selection of terrorist murderers, or their widows, to run for seats in the Palestinian parliament.

But it doesn’t look as if that is going to happen. Instead, the Biden Administration has apparently decided that now is the perfect time to announce another $80 million dollars in aid for the Palestinians. This constitutes a second grievous assault on the Taylor Force Act.

And amidst all this genuflecting to Ramallah, there is another piquant detail:

Kan also reported that Abbas has refused to take a telephone call from US Secretary of State Antony Blinken.

The incident reportedly occurred within the last two months. Contacts were made in order to facilitate such a conversation, but members of Abbas’ inner circle demanded that President Joe Biden personally call instead.

No such call has taken place so far, but Palestinian and US officials are considering whether to set up a discussion between Blinken and PA Prime Minister Mohammad Shtayyeh or head of the PA’s General Authority of Civil Affairs, Hussein Al-Sheikh.

Abbas is too proud to take a call from a mere Secretary of State. He demands to speak only to Biden himself. Even though Abbas is not the leader of a state, he feels entitled to such treatment. Would it be craven of Biden to finally give in and call the petulant Abbas in Ramallah? Of course it would. And it’s very likely, I’m afraid, that he will eventually do it.

Biden’s foreign policy in the Middle East is clear: court the affections of the Palestinians by undoing all those things that were done to them by President Trump, downplay that amazing achievement of the previous administration, the Abraham Accords, and show no interest in extending the Accords to other potential Arab partners; try to cajole Iran back to the 2015 nuclear deal by promising to lift, in stages, all of the Trump-imposed sanctions, each move to recommit to the deal by Iran to be followed by a reciprocal move to lift sanctions by the U.S. It looks as if Washington may even be prepared to “go first” in lifting some sanctions before Iran makes a move. Finally, Biden and Blinken have made clear that with the Democrats back in the saddle, the Administration is ready to try to squeeze Israel back within the 1949 armistice lines in order to satisfy Palestinian demands. They have said that they consider the “1967 borders” [that is, the 1949 armistice lines, which were never recognized borders] to be the basis for negotiations. No, they are not. Those lines only mark where the Arab and Jewish armies happened to be when the fighting stopped in 1949. That is their sole significance.

There are only two documents that can legitimately serve as “bases for negotiation” between Israelis and Palestinians: these are the Mandate for Palestine, which Biden and Blinken apparently have never read, and U.N. Resolution 242, as explicated by its author, the British U.N. ambassador Lord Caradon. Read those two documents carefully, Joe, and you too, Tony, until you understand their meaning fully. Look at the Mandate maps. Memorize Article 6, about encouraging “close settlement by Jews on the land.” Study the explanation of U.N. Resolution 242 by Lord Caradon. And once you have done all that then, it may just be conceivable, Israel will be ready to deal.