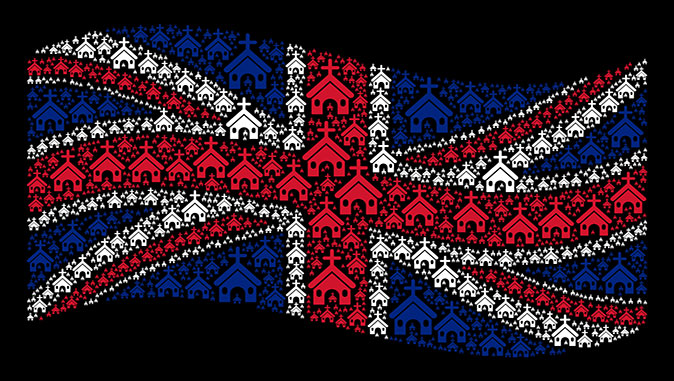 A week ago Sunday over in Britain, as the nation was preparing to observe a moment of silence for Remembrance Day, a taxicab pulled up in front of Liverpool Women’s Hospital and exploded into flames. Moments later, the cab driver, David Perry, ran out of the car, and explained that he had noticed that his passenger, who turned out to be an Iraqi migrant named Emad Jamil Al Swealmeen, was wearing an explosive belt, so he locked the cab, whereupon Swealmeen exploded his bomb inside it. This was just another day in modern, multicultural, diverse Britain, except for one odd detail: Emad Jamil Al Swealmeen converted to Christianity in 2017, in the same cathedral he had apparently planned to attack: he initially asked Perry to drive him there, but traffic was heavy, and so he opted to go to Liverpool Women’s Hospital instead. Swealmeen immediately became the poster boy for the moral equivalence crowd, the people who insist that all religions are equally capable of inciting their adherents to commit acts of violence. They were wrong, of course, but nonetheless, the Church of England was still complicit in Swealmeen’s suicide attack.

There were numerous indications that Swealmeen’s conversion was not sincere. Above all, he was spotted at a mosque “all day, every day” in the weeks leading up to his jihad suicide attack, and all through Ramadan as well. Converts from Islam to Christianity don’t generally hang around at the mosque all that much, but Swealmeen was still not on the radar of complacent and willfully ignorant British authorities, who evidently took his conversion at face value despite the fact that he was once arrested for carrying what was described as “a large knife.”

His conversion, obviously, is not likely to have been sincere, although he clearly fooled a lot of people. The Telegraph noted Tuesday that “concerns have been raised over the role Liverpool Cathedral has played in helping asylum seekers convert to Christianity in order to help their applications.” No kidding, really? Asylum seekers have a much better chance of having their applications for asylum accepted if they can argue that their conversion would put their life in danger back home. Mohammad Eghtedarian, a convert from Islam to Christianity who became an Anglican priest, explained: “There are many people abusing the system. I do understand there are a lot of mixed motives. There are many people abusing the system – I’m not ashamed of saying that.” And the Rev Pete Wilcox, a former Dean of Liverpool’s Anglican Cathedral, let the cat out of the bag when he admitted: “I can’t think of a single example of somebody who already had British citizenship converting here with us from Islam to Christianity.”

Christian Today reported back in January 2017 that in Germany, “migrants increase their chances of winning asylum in Germany if they are able to prove that they would face persecution if sent home to a Muslim country….They can do this by showing proof that they are Christian or have converted to Christianity.” Dr. Gottfried Martens of Trinity Lutheran Church in Berlin noted that “some Muslims come to his church and express interest in Christianity just to improve their chances of getting their asylum request approved.”

It is possible, however, that Emad Jamil Al Swealmeen’s conversion was sincere. He may have converted to Christianity and then returned to Islam, turning to jihad to make up for his sin of apostasy. Islam teaches that on the day of judgment, every individual’s good deeds and bad deeds will be placed on great scales; if the good deeds outweigh the bad deeds, one goes to paradise, but if the bad deeds outweigh the good deeds, one goes to hell (cf. Qur’an 21:47). Since Muhammad prescribed death for those who leave Islam (cf. Bukhari 9.84.57), apostasy is a very serious offense that can only be outweighed by an even greater good deed. And there is no deed greater than jihad: a hadith has a man asking Muhammad, “Instruct me as to such a deed as equals Jihad (in reward).” Muhammad replied, “I do not find such a deed.” (Bukhari 56.4.2785) If Swealmeen was going through a time of personal crisis and decided to return to Islam, he would have needed to expiate his great sin of apostasy

Another possibility: in January 2016, the Islamic State (ISIS) issued a manual entitled “Safety and Security Guidelines for Lone Wolf Mujahideen.” It told jihadis in the West to pretend to be Christians, and stated: “It is permissible for you to wear a necklace showing a Christian cross. As you know, Christians – or even atheist Westerners with Christian background – wear crosses on their necklaces.”

The bottom line is that there is nothing in the Christian tradition that is remotely comparable to the Qur’an’s promise that those who are killed while killing infidels are guaranteed a place in paradise (9:111). The very fact that Emad Jamil Al Swealmeen became a suicide bomber is indication that he is more a Muslim than a Christian. That has not, however, stopped those who insist, contrary to all evidence, that all religious traditions are equally capable of inciting violence from crowing over his apparent Christian conversion. The larger problem, of a growing population in Britain, Europe and North America that includes some people who believe it praiseworthy and meritorious to kill and be killed for Allah, remains unaddressed.

The Unspoken Genocide of Christians in Nigeria

The Unspoken Genocide of Christians in Nigeria The black lives that don’t matter. By Raymond…