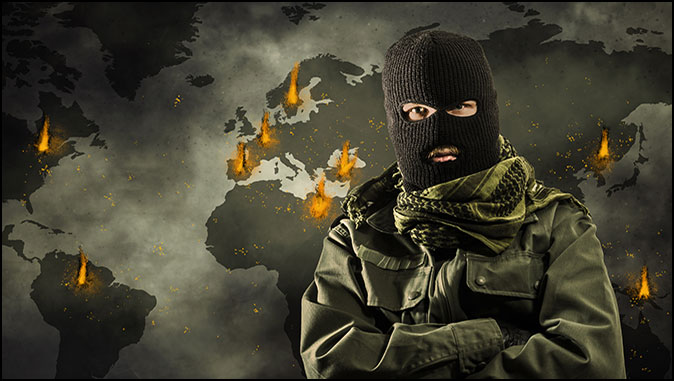 The Return of Radical Islamic Terror
By Hal Lindsey

On September 2nd, 14 individuals went on trial, accused of murdering 12 people in a 2015 terrorist attack in Paris. The attack came in response to cartoon images of Mohammed published in the French satirical magazine, Charlie Hebdo.

In France, the trial sparked renewed interest in how a secular society should respond to demands from Muslims that everyone be bound by some portions of Islamic law. In mid-October, a Paris middle school teacher led his class in a discussion of the cartoons and secular government. He received attention in the press when Muslim parents at the school made an official complaint. A few days later, a radical Islamic terrorist beheaded the teacher.

On October 28th, ISIS issued a video calling for more attacks on France. The next day, terrorists hit a church in Nice. They killed three, one by decapitation. Some veteran police officers described it as the worst thing they had ever seen on the job.

On November 2nd, radical Islamic terrorists struck in Vienna, Austria. They killed at least four and left many more wounded. Police shot and killed one of the gunmen. He had previously been convicted on terrorism charges after trying to join ISIS. In December, authorities granted him an early release. Austrian Chancellor Sebastian Kurz told The Wall Street Journal, “He was a dedicated Islamist terrorist who had pledged his allegiance to the Islamic State terror organization.”

As of this writing, he remains the only terrorist caught, but many more helped. Early reports called the incident a coordinated assault simultaneously carried out in six separate locations, including outside a Jewish synagogue. Many of the terrorists carried rifles.

Like much of Europe, Austria was just about to return to a nationwide Covid-19 lockdown. It was a beautiful night, and large numbers of people were on the streets enjoying one last night out with friends. At the beginning of the attack, people across central Vienna sought shelter in bars and restaurants. Several hours later, police began moving those people to safety.

It was a night of gruesome events and images. One video showed a gunman shooting a man with a long gun, then coming back to his victim to shoot him twice more with a handgun at close range.

More will be known about the magnitude of this attack in coming days. But we do know this. Islamic terror has not disappeared. I have only mentioned attacks in Europe, but we have also seen a new wave of terrorism in the Middle East.

The world is in an unprecedented state. Violence and hatred are being amplified by amazing new technologies. Hatred seems to be having its day. But stay confident in God. In Romans 15:13, Paul prayed, “May the God of hope fill you with all joy and peace in believing, so that you will abound in hope by the power of the Holy Spirit.”

Let us pray that prayer for one another. God is still the God of hope. He still fills us with “all joy and peace.” Let us “abound in hope by the power of the Holy Spirit.”

The Horror: No Justice For Coptic Grandmother Assaulted In Egypt

The Horror: No Justice For Coptic Grandmother Assaulted In Egypt “Stripping an old woman in…

‘We Will Squash Them’: The Persecution of Christians, November 2020

'We Will Squash Them': The Persecution of Christians, November 2020 By Raymond Ibrahim Originally Published…

Egypt: Muslims Kill, Wound Christians in Stabbing Spree And Egypt’s authorities conclude it was a…

The Arrogant Righteousness of the West