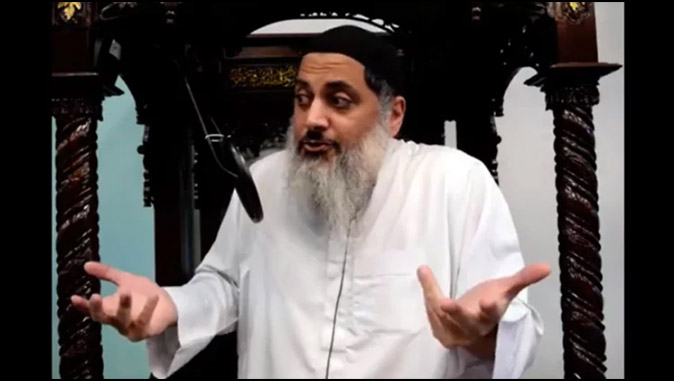 Fadi Kablawi, the imam of Masjid As-Sunnah An-Nabawiyyah, frequently attacks Jews, Christians, gays and women, during his sermons in front of his North Miami congregation. He has even joked about sacrificing cats. This being the case, why would other mosques wish to inflict this vile individual and his extreme bigotry upon themselves and their congregants? Yet, it is exactly what is happening, and one in particular, the Islamic Center of South Florida (ICOSF), has recently made Kablawi a core piece of its worship service. Their legitimization of this monster must be seen as a reflection upon themselves and demands an investigation.

ICOSF is owned by the North American Islamic Trust (NAIT), a group named by the US government, in 2007 and 2008, a co-conspirator to the financing of the terrorist group Hamas. ICOSF’s imam, Hasan Sabri, has, in the past, cursed America as an “enemy” and threatened Muslims who accept help from the US. Sabri’s radical pronouncements and his mosque’s terror-tied background it seems is not enough for ICOSF. The mosque has felt the need to reach out to other radical imams to solicit their participation, as well.

This past March, May and June, ICOSF featured Texas imam Monzer Taleb as a speaker. Taleb is a self-professed member of Hamas, who posted on Facebook, in June 2019, that Jews in Israel “should be relocated to Germany.” Taleb has also referred to masked Hamas militants as “superheroes.” As the lead vocalist of singing troupe Al-Sakhra, Taleb is shown on video singing: “O Jew, O coward…I am from Hamas and have never cheered for anyone else besides her…And she is the one which marches with the light of Muhammad…towards Jihad.”

Another imam, who has become more of a regular at ICOSF, is Miami-based and Jordanian-born Fadi Yousef Kablawi. Between April and October, Kablawi was brought in at least five times to give the khutbah (Friday prayer) at the mosque. For Muslims, the performance of the khutbah sermon is a primary formal occasion of great spiritual significance. To provide Kablawi with this honor is dangerous, as he, for years, has used khutbas to spread repugnant bigotry and incite against others, including Muslims who do not believe the way he does.

Kablawi’s favorite targets, by far, are Jews. In December 2020, Kablawi called Jews “the lowest of the lowest.” He said that people “crack jokes about Jews being cheap” as “a punishment from Allah.” In January 2021, Kablawi stated that Jews “deserve the wrath of Allah…because he knows what the truth is…He knows what’s right, but his intention is evil.” Kablawi has frequently promoted, including multiple times this year, a fake conspiracy theory claiming that over 90 percent of Jews “are not real Jews” but some form of mislabeled “Russians.”

Kablawi likes vilifying Christians, too. In September 2020, he told his congregants, “The Christians don’t think. They just follow whatever.” In January 2019, he said, “If you look at all the religions in the world, Christianity can compete for first place in stupidity.” In September 2021, Kablawi stated, “When I go outside to make dawah (outreach), I’m not going [up] to a Christian to tell him ‘I hate you’…but that does not deny the fact I do…I don’t hate him because his head is big or he’s skinny or fat or his skin color, but I still hate him as a being.”

In August 2021, Kablawi blamed women victims of rape for the violence committed against them and said that gays should thank him for their continued existence. This past July, Kablawi even took aim at house pets. After encouraging his congregation to sacrifice goats for Eid al-Adha, a Muslim holiday that includes animal slaughter, and telling them to arrive with their families and pets to join in celebration, Kablawi crudely joked, “Bring out your children, your wives, your families…your parrots and the cats. Maybe we sacrifice some cats.”

Indeed, Kablawi is not just a man of bigotry, but he is also a man of violence. In fact, according to Kablawi himself, the FBI believes he has had involvement with ISIS. In July 2020, Kablawi stated, “Jihad is when you put your life on the line. Not the cute jihad, as they call everything ‘jihad’ today…Real jihad is not climbing walls. Real jihad is climbing over people’s necks and heads and skulls.”

This past February, Kablawi told his congregants, “You have to enter into Islam completely” and “abide by the Shariah and the laws of Allah completely.” He said, “This is the only way you can fulfill your responsibility as a believer…I don’t care if you think it’s suitable today or not. That’s your problem.” He told them that they have to practice “true Islam,” where you “apply the hudud” punishments (lashes, hand amputations, stonings, crucifixions), “fly to Gaza,” “kill this and that,” and employ the death penalty “punishment for adultery (zina).”

One of Kablawi’s followers, then-Masjid As-Sunnah An-Nabawiyyah congregant Salman Rasheed, appeared to have taken Kablawi’s words to heart, when he was arrested for soliciting an individual to contact ISIS in a plot to murder the deans of both Broward College and Miami-Dade College. Rasheed posted on Facebook, “Americans Are Our Greatest Enemy After Israeli Yahuds” and “Americans will pay Inch by Inch For everything they have done to us…” Kablawi, who met with and spoke with Rasheed on several occasions, called Rasheed a “good brother.” Rasheed’s mother accused Kablawi of having brainwashed her son to commit terrorist acts.

Why would ICOSF or any other mosque wish for Fadi Kablawi to represent their institutions? Why would they wish to legitimize Kablawi in any way, unless of course they agree with his sentiments, his bigotry and his violence?

The association between ICOSF and Kablawi must be investigated. ICOSF should be shut down, and Kablawi should be prosecuted for incitement.