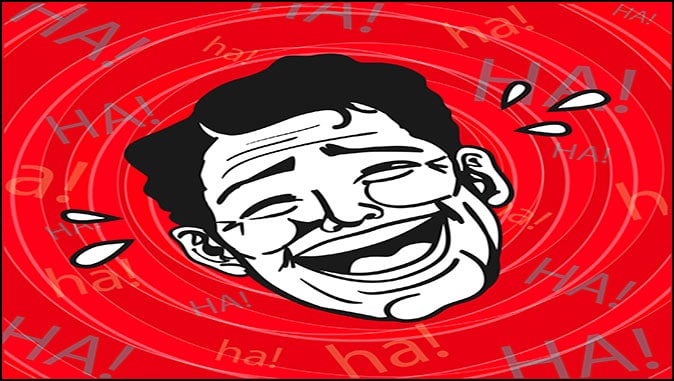 The Jihad on Mimicry
Whether in Europe or the Mideast, Muslim reactions are always reliable.
By Raymond Ibrahim

A group of young students in France are under severe threat by Muslims. An Oct. 14, 2021 report has the details:

Several Nantes high school students have been subjected to harassment and threats online for several days… It all started with a video shot in January in a private setting and which was not intended to be broadcast…. The 17-second film made during a birthday party shows young people, then in third grade, laughing as they imitate Muslims praying. The images nonetheless ended up on Twitter and Instagram in early October, prompting a torrent of insults and death threats.

On being asked if the students were behaving maliciously, one source acquainted with the incident said it was “more of a very stupid game,” adding, “we can see that things are already going wrong.” Indeed, since then, the death threats to the students have reached the point that “police patrols had to be deployed around the high school frequented by the victims.”

The déjà vu nature of this otherwise unremarkable account is especially interesting. As documented in these two articles, in 2015, a group of Christian students in Egypt made a 30-second iphone video mocking the Islamic State; they appear laughing and joking, as they pretend to be members of the Islamic State praying to Allah before they pretend to slit the throats of each other, an ISIS trademark.

Rather than doing what France’s Muslims are currently doing — threatening that nation’s young jokesters — Egypt’s Muslims went into full blown attack mode. One Christian shop owner recounted their wild reaction on learning about the video in 2015:

There were three or four marches in different places in the village, as our village is a very big village. They were chanting slogans against Christians and Christianity. They were chanting: “With our souls and blood, we will defend you, oh Islam! We will not leave you; we will take revenge for you!”

They were pelting Christian homes with stones, pounding threateningly on doors and windows, attacking shops owned by Coptic Christians. They destroyed the door of my shop and they destroyed a photo studio owned by the father of one of the boys.

For three days we were living in terror and panic. We stayed in our homes and our children didn’t go to their schools. We also couldn’t go to church to attend the masses for [Coptic] Holy Week.

Another local Copt described how his home was attacked:

On Thursday evening [4/9/2015], the Muslim demonstrators attacked our home. They pelted it with stones and insulted us. They were shouting, “Oh kafirs (infidels), we can’t let you live here. We will oust you from our village.” They also stole the windows from our home…. We were unable to go to the church during these events. Also, we didn’t go to the church on Saturday to attend the Easter mass. Until now, we have been staying at our homes and are afraid that the attacks against us will be renewed.

After the Muslim mob had had its fill, it was the Muslim authorities’ turn: at least four of the teenagers were arrested on the charge of “insulting Islam,” detained for 45 days and subjected to “ill-treatment,” according to one human rights group.

Then, in early 2016, three of these Christian teenagers were sentenced to five years imprisonment. The fourth defendant, 15, was handed a juvenile detention for an indefinite period. They “have been sentenced for contempt of Islam and inciting sectarian strife,” explained their defense lawyer, Maher Naguib: “The judge didn’t show any mercy. He handed down the maximum punishment.”

In other words, mocking the Islamic State — which we are regularly assured is an “extremist group” that has little to do with “true” Islam — is, according to Egypt’s judiciary (to say nothing of the people) tantamount to expressing “contempt of Islam,” and therefore deserving of punishment “without mercy.”

What can be learned from these two cases of non-Muslims miming Muslims — the one from Egypt the other from France?

First, any claims that those Muslims currently threatening students in France are “extremists” or “radicals,” or that they “do not represent Islam” — as we are often and forever told whenever a Muslim “misbehaves” — must be rejected out of hand: when the same exact thing happened in Egypt, Muslims everywhere rose in violence and the authorities themselves arrested, abused, and sentenced the “blasphemers” to prison.

That’s because if you want to know how Islam truly behaves, especially vis-à-vis the infidel, see how it behaves on its own turf, where it is in a position of power and authority, as opposed to where it is a minority faith (e.g., France). Nor is Egypt alone; most Muslim nations exhibit such wild reactions to and have severe laws against “blasphemy.” It seems to be a near weekly occurrence in Pakistan.

Here, then, is yet another example that the sort of behavior Westerners find extremely distasteful — threatening to kill children or teenagers because you find their private jests offensive — is 100 percent Islamic.

Raymond Ibrahim, author of Sword and Scimitar: Fourteen Centuries of War between Islam and the West, is a Shillman Fellow at the David Horowitz Freedom Center, a Judith Rosen Friedman Fellow at the Middle East Forum, and a Distinguished Senior Fellow at the Gatestone Institute.

Don’t Be Cruel: Elvis Gets 16+ Years in Prison for Aiding ISIS

Don’t Be Cruel: Elvis Gets 16+ Years in Prison for Aiding ISIS Another American jihadi.…

“Christians Enjoy No Rights in This Country”: The Persecution of Christians, October 2021

"Christians Enjoy No Rights in This Country": The Persecution of Christians, October 2021 By Raymond…