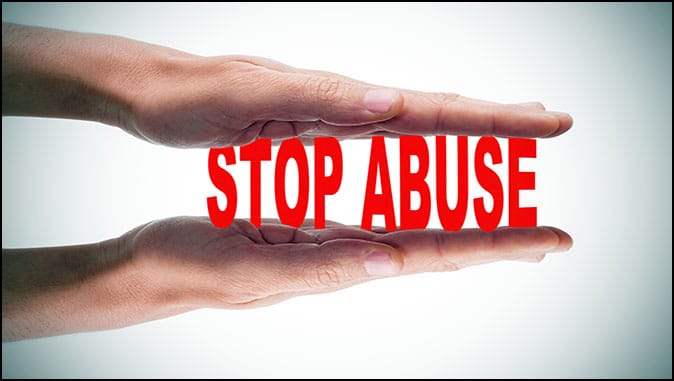 The Dirty Secret of Child Marriage
None of the organizations dedicated to combating it dares face why it’s so prevalent.
By Robert Spencer

It was an emblematic incident: the News Agency of Nigeria reported Wednesday that “the Chief Imam of the Nasrul-lahi-li Fathi Society of Nigeria (NASFAT), Abdul Azeez Onike, says Islam supports underage marriage.” Onike said thus at a press conference launching his new initiative, “Ending Violence Against Women and Girls,” which was “organised by NASFAT with support from UNICEF.” Is UNICEF troubled by Onike’s support for child marriage? Not enough to keep from working with him. This was yet another example of the abject failure of global “human rights” organizations to confront the uncomfortable fact of why child marriage is so common in some areas of the world: because it is sanctioned in Islam.

Onike himself made this clear, insisting “that the Islamic scripture was clear about marriage” and calling for people to refer to Islamic texts “instead of using contemporary standards” to determine whether or not child marriage was an acceptable practice.

If Abdul Azeez Onike said this in the U.S., he would be excoriated as an “Islamophobe.” But in reality, child marriage has abundant attestation in Islamic tradition and law.

Numerous Islamic authorities worldwide attest to this. Turkey’s directorate of religious affairs (Diyanet) said in January 2018 that under Islamic law, girls as young as nine can marry.

Ishaq Akintola, professor of Islamic Eschatology and Director of Muslim Rights Concern, Nigeria, has said: “Islam has no age barrier in marriage and Muslims have no apology for those who refuse to accept this.” An Iraqi expert on Islamic law, Dr. Abd Al-Hamid Al-‘Ubeidi, agrees, saying: “There is no minimum marriage age for either men or women in Islamic law. The law in many countries permits girls to marry only from the age of 18. This is arbitrary legislation, not Islamic law.”

So does Dr. Salih bin Fawzan, a prominent Muslim cleric and member of Saudi Arabia’s highest religious council: “There is no minimum age for marriage and that girls can be married “even if they are in the cradle.”

Pakistan’s Council of Islamic Ideology has declared flatly: “Islam does not forbid marriage of young children.”

These authorities say these things because hadiths that Muslims consider authentic record that Muhammad’s favorite wife, Aisha, was six when Muhammad wedded her and nine when he consummated the marriage:

Another tradition has Aisha herself recount the scene:

The Prophet engaged me when I was a girl of six (years). We went to Medina and stayed at the home of Bani-al-Harith bin Khazraj. Then I got ill and my hair fell down. Later on my hair grew (again) and my mother, Um Ruman, came to me while I was playing in a swing with some of my girl friends. She called me, and I went to her, not knowing what she wanted to do to me. She caught me by the hand and made me stand at the door of the house. I was breathless then, and when my breathing became all right, she took some water and rubbed my face and head with it. Then she took me into the house. There in the house I saw some Ansari women who said, “Best wishes and Allah’s Blessing and a good luck.” Then she entrusted me to them and they prepared me (for the marriage). Unexpectedly Allah’s Apostle came to me in the forenoon and my mother handed me over to him, and at that time I was a girl of nine years of age. (Bukhari 5.58.234).

Muhammad was at this time fifty-four years old.

Marrying young girls was not all that unusual for its time, but because in Islam Muhammad is the supreme example of conduct (cf. Qur’an 33:21), he is considered exemplary in this unto today. And so in April 2011, the Bangladesh Mufti Fazlul Haque Amini declared that those trying to pass a law banning child marriage in that country were putting Muhammad in a bad light: “Banning child marriage will cause challenging the marriage of the holy prophet of Islam, [putting] the moral character of the prophet into controversy and challenge.” He added a threat: “Islam permits child marriage and it will not be tolerated if any ruler will ever try to touch this issue in the name of giving more rights to women.” The Mufti said that 200,000 jihadists were ready to sacrifice their lives for any law restricting child marriage.

Likewise the influential website Islamonline.com in December 2010 justified child marriage by invoking not only Muhammad’s example, but the Qur’an as well:

The Noble Qur’an has also mentioned the waiting period [i.e. for a divorced wife to remarry] for the wife who has not yet menstruated, saying: “And those who no longer expect menstruation among your women, if you doubt, then their period is three months, and [also for] those who have not menstruated” [Qur’an 65:4]. Since this is not negated later, we can take from this verse that it is permissible to have sexual intercourse with a prepubescent girl. The Qur’an is not like the books of jurisprudence which mention what the implications of things are, even if they are prohibited. It is true that the prophet entered into a marriage contract with A’isha when she was six years old, however he did not have sex with her until she was nine years old, according to al-Bukhari.

Other countries make Muhammad’s example the basis of their laws regarding the legal marriageable age for girls. Article 1041 of the Civil Code of the Islamic Republic of Iran states that girls can be engaged before the age of nine, and married at nine: “Marriage before puberty (nine full lunar years for girls) is prohibited. Marriage contracted before reaching puberty with the permission of the guardian is valid provided that the interests of the ward are duly observed.”

According to Amir Taheri in The Spirit of Allah: Khomeini and the Islamic Revolution (pp. 90-91), Iran’s Ayatollah Khomeini himself married a ten-year-old girl when he was twenty-eight. Khomeini called marriage to a prepubescent girl “a divine blessing,” and advised the faithful to give their own daughters away accordingly: “Do your best to ensure that your daughters do not see their first blood in your house.” When he took power in Iran, he lowered the legal marriageable age of girls to nine, in accord with Muhammad’s example.

Yet despite all this, worldwide organizations dedicated to ending child marriage universally fail to acknowledge its justifications in Islam. The UN High Commissioner of Human Rights never mentions Islam in connection with child marriage. UNICEF doesn’t, either. Nor does the international network Girls Not Brides or the International Women’s Health Coalition. The latter does say: “Child marriage occurs in every region of the world, and is practiced across cultures, religions, and ethnicities,” and while that is true, no religion or culture offers as much justification for child marriage as Islam does.

Until that is acknowledged, the root causes of this problem will never be addressed. And more girls will suffer.

Robert Spencer is the director of Jihad Watch and a Shillman Fellow at the David Horowitz Freedom Center. He is author of 21 books including many bestsellers, such as The Politically Incorrect Guide to Islam (and the Crusades), The Truth About Muhammad and The History of Jihad. His latest book is Did Muhammad Exist?: An Inquiry into Islam’s Obscure Origins―Revised and Expanded Edition.

Islamic Jihad and the Church Bells of Noon

Islamic Jihad and the Church Bells of Noon The siege of Belgrade. By Raymond Ibrahim…

Protecting the Prophet in Norway

Al-Qaeda Calls For Murder of Americans In First Magazine Issue Since 2017 Gee, what has…