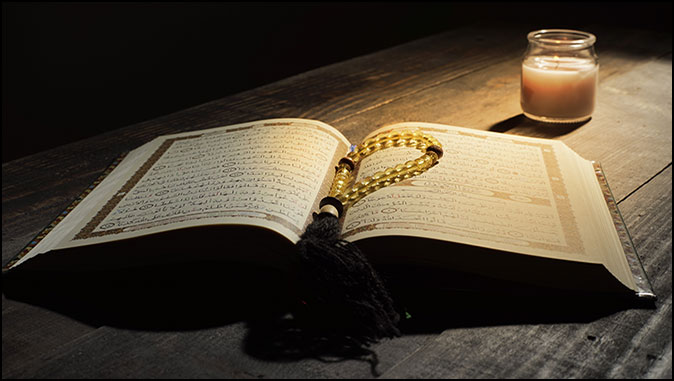 As is well known, Islam does not encourage independent thought but rather, the habit of mental submission, submission above all to the Qur’an and to Muhammad, the Messenger of God, who is a Model of Conduct (uswa hasana) and the Perfect Man (al-insan al-kamil).

The Turkish journalist Burak Bekdil has noticed that Erdogan’s systematic effort to undo the secular reforms of Ataturk, and to re-islamise the country, has had consequences for the intellectual level and academic achievement of his country. His report on this is here: “Islamism is stunting Turkish academic achievement,” by Burak Bekdil, JNS, February 7, 2021:

Turkey, with a population of 83 million and two Nobel Prizes won, ranks 62nd on the list of countries by Nobel laureates per capita. This score is worse than that of the Palestinian territories [Arafat!], Bulgaria, Guatemala, Azerbaijan, Algeria, Yemen, Ghana, Morocco and Iraq. Israel ranks 12th. Austria, the population of which is about one-tenth that of Turkey, ranks sixth. Turkey ranks 35th on Science Capitals of the World’s scientific progress list. Israel ranks second on that list, right after the United States.

Turkish novelist Orhan Pamuk became the first Turkish laureate when he won the 2006 prize in literature. In 2015, Turkish molecular biologist Aziz Sancar was awarded the Nobel Prize in chemistry along with Tomas Lindalh and Paul L. Modrich. These days, Turks are taking great pride in the fact that a Turkish couple, Özlem Türeci and Uğur Şahin, along with their team of scientists, developed BioNTech’s COVID-19 vaccine, which has proved more than 90 percent effective in preventing the disease among trial volunteers who had no evidence of having previously been infected.

The international media have likened the Turkish couple to Marie and Pierre Curie, the French couple who won Nobel Prizes in physics and chemistry in 1903 and 1911. The Financial Times declared Türeci and Şahin its People of the Year for 2020. They may be the next Turks to become Nobel laureates.

One literary prize and three [sic] in science: do these represent great successes for the Turkish nation? [Bekdil makes a mistake here: there is only one Turkish Nobel in Science, Aziz Sancar. Özlem Türeci and Uğur Şahin may well be among the next Nobel winners, but they are not there yet].

One Turkish professor friend said, “For decades Turkish scientific progress was underestimated … along with Turkish scientists. There cannot be an ethnic/DNA-based link between nations and scientific success or failure.”

He is both right and wrong.

Who is Turkish Nobel laureate professor Aziz Sancar? He was born into a lower-class, uneducated family in Turkey’s predominantly Kurdish southeast. (His second cousin, Mithat Sancar, is currently a pro-Kurdish member of the Turkish parliament.) Though he came from a village school in the poorest part of a poor country, Sancar miraculously completed his MD degree at Istanbul University in 1969. He won a scholarship from the Turkish state scientific institute TÜBİTAK to pursue further education in biochemistry at Johns Hopkins University in the United States. He completed his PhD degree at the University of Texas at Dallas in the laboratory of Claud Stan Rupert, now professor emeritus. Sancar has pursued his professional career and conducted his research within the American academic system.

In other words, all of Sancar’s advanced scientific training , beyond the Turkish MD, and his entire subsequent career in research, took place in the United States, where he was free to work unhindered by an intrusive state, or by a need to prove political loyalty to a regime, or to a despot. Had he remained in Turkey, it is possible that Aziz Sancar, given his background, without a powerful family or a network of supporters, and possibly suspected of pro-Kurdish sympathies, might not even have been able to obtain an academic post. The Turkish academic system is no longer what it once attempted to be — a meritocracy. Family connections and politically powerful backers help the less deserving to nonetheless be hired and even to be promoted; that is one reason why so many talented Turks now choose to receive graduate training in the US, UK, and Germany, and then remain abroad, if they possibly can, for their professional lives. In 2019, 330,000 Turks, many of them young, talented, and fed up with the system of nepotism, connections, and political constraints, chose to move abroad.

Özlem Türeci and Uğur Şahin live in Germany. They are the founders of BioNTech, a company that until recently was little known outside the small world of European biotechnology start-ups. The original focus of BioNTech was cancer treatment. In 2019, BioNTech went public. In recent months, the company’s market value soared past $21 billion, making the couple among the richest in Germany.

Şahin, 55, was born in Iskenderun, a southern Turkish town bordering Syria. When he was four his family moved to Cologne, West Germany, where his parents worked at a Ford factory. Şahin became a physician at the University of Cologne and earned a doctorate from that university in 1993 for his work on immunotherapy in tumor cells. His wife, Türeci, 53, was born in Germany, the daughter of a Turkish physician who had immigrated from Istanbul.

What do these success stories tell us? Turks can score spectacular scientific successes—as long as they conduct their academic careers in the free world, not in a country strangled by an increasingly Islamist regime.

In an iron-fist response to a coup attempt on July 15, 2016, Turkish President Recep Tayyip Erdoğan purged 15,200 Education Ministry officials along with 21,000 private school teachers. The Council of Higher Education asked the deans of the country’s state and private universities—all 1,577 of them—to resign. A total of 626 educational institutions, mostly private, were shut down. In December 2019, the Erdoğan administration appointed trustees and took over Istanbul Şehir University, an elite school linked to former Prime Minister Ahmet Davutoğlu and his intellectual entourage. The university, ironically, was inaugurated by Erdoğan in 2010, together with its founder, Davutoğlu, then foreign minister and now Erdoğan’s political rival.

After the fall of Istanbul Şehir University, the government seized another Davutoğlu-linked institution, the Foundation for Sciences and Arts (BISAV in its Turkish acronym). This institution, founded in 1986, was home to thousands of seminars, academic workshops and research programs on politics, history, economics and literature.

The firing of tens of thousands of private school and college teachers, the purge at the Education Ministry of more than 15,000 officials, the forced resignation of every single university dean, all 1,577 of them, the shutting down of 626 academic institutions, all reflect the hysteria and paranoia of Erdogan, who suspected so many of supporting the July 15, 2016 coup simply because they were secularists or, alternatively, supporters of the devout Muslim Fethulleh Gulen; these firings and takeovers dealt a heavy blow to higher education in Turkey. Those who lost their jobs either had to accept other kinds of employment –including menial or service jobs – or managed, if lucky, to find teaching posts abroad. Among the universities that remained open in Turkey, their administrations were taken over by Erdogan loyalists, and such loyalty became the sine qua non for the faculty as well.

In the meantime, Erdoğan keeps bragging that his government has brought the number of imam [Imam Hatip] school students to 1.3 million from only 60,000 in 2002. To borrow Shelby Foote’s famous line, with a minor addition: “A Turkish university is a group of buildings around a library and a mosque.”

The Imam Hatip schools are state schools designed to educate future preachers and imams or, more generally, to raise “pious generations.” But they also provide vocational training for those who do not want, or are not able, to become imams and preachers. Erdogan himself attended one of the first Imam Hatip schools opened in Turkey, more than 50 years ago. Erdogan has built more than a thousand such schools, and promises to build many more, as part of his campaign to re-islamise Turkish society.

The rote-learning in the madrasas and the Imam Hatip schools has leached into the regular state schools, affecting their pedagogy. More memorization, and less critical thought, takes its toll on the talented; they have to endure it. But by the time they are of university age, more young Turks are seeking to study, and then to stay, abroad. This brain drain constitutes a great loss, both economic and cultural, to the country Recep Tayyip Erdogan now controls, and is damaging in every possible way.

Muslim Who Attempted to Murder Christian Doctor Goes Unpunished, Victim Gets Death Threats Inside the…