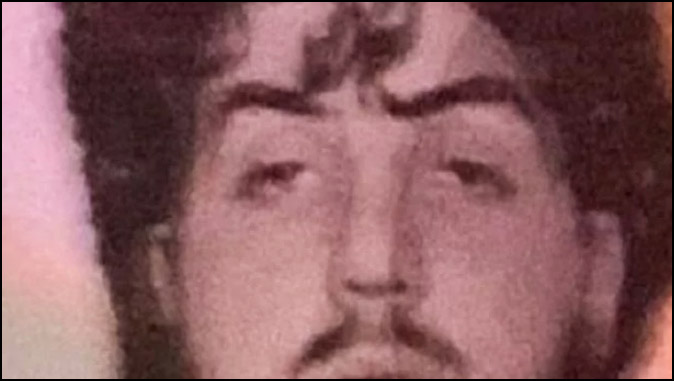 NYC: ‘I Killed Two Police Officers and My Religion Made Me Do It’
Can you guess what Dzenan Camovic screamed when he attacked the police?
By Robert Spencer

In his notorious black-and-red Reichstag Fire speech on September 1, Old Joe Biden declared: “Donald Trump and the MAGA Republicans represent an extremism that threatens the very foundations of our republic.” But while Joe and his far-Left henchmen move to criminalize political dissent and fundamentally transform the Land of the Free and the Home of the Brave into an authoritarian hellhole, they remain mum and indifferent regarding a genuine “extremism” that really does threaten “the very foundations of our republic.” Their silence is easy to explain: the real extremists are their friends and allies, as we saw again on Thursday, when a man named Dzenan Camovic was sentenced to 30 years in prison for attacking police officers during the George Floyd riots in New York City.

Camovic was not your average skeevy Antifa member with a well-developed drug habit and a glancing (at best) acquaintance with personal hygiene. The New York Post reported Wednesday that he was sentenced “for stabbing an NYPD cop in the neck and shooting two other officers in an ambush.” Camovic likely didn’t hit his stabbing victim, Officer Yayon Frantz Jean Pierre, in the neck at random. Camovic is a devout Muslim, and the Qur’an tells believers: “When you meet the unbelievers, strike the necks” (47:4). He has made no secret of his Islamic commitment: as he attacked the cops, he screamed “Allahu akbar.”

When the stabbed Jean Pierre fell and dropped his gun, Camovic grabbed the gun and shot two other cops in the hand. Why did he shoot both of them in the hand? Maybe to prevent them from grabbing him, but maybe it also had to do with this: “When your Lord inspired the angels, I am with you. So make those who believe stand firm. I will cast terror into the hearts of those who disbelieve. Then strike the necks and strike their fingertips” (Qur’an 8:12).

Camovic himself made his motivation abundantly clear. “I killed two police officers,” he bragged, although actually all three of his victims survived, “and my religion made me do it.” At the time of his attack, John Miller, who was then the NYPD’s deputy commissioner of counter-terrorism, “said it appeared to be terror-related, but authorities turned up no connection between Camovic and international terror groups.” Nevertheless, Camovic’s own statements made it abundantly clear that even if he had no discernable ties to jihad terror groups, his was an act of jihad.

Camovic’s attack was also duly woke: he attacked Jean Pierre while he was guarding Brooklyn businesses against looters during the Floyd riots. During the same riots, Urooj Rahman, a Muslim lawyer and activist for the Palestinian jihad, threw a Molotov cocktail into a police cruiser. In an interview before her attack, Rahman declared: “This s**t won’t ever stop unless we f**kin’ take it all down.” When she was arrested, Rahman was wearing a t-shirt emblazoned with the slogan “THE STRUGGLE CONTINUES REGARDLESS,” and that it certainly does. “Struggle” in Arabic is jihad, and Rahman is also a longtime advocate for another one of the Left’s pet causes, the Palestinian jihad against Israel. She is also a committed activist for the Palestinian jihad, having published agitprop spreading false claims of Palestinian victimhood.

Both Rahman and Camovic typify the Leftist-Islamic alliance. As improbable as that alliance appears to many who are neither Leftist nor Muslim, it is based on a shared taste for utopian authoritarianism. Sharia advocates endeavor to create the perfect earthly society by means of the stringent implementation of the law of Allah, which governs every aspect of human behavior. In this perfect society, those who disobey Allah’s immutable law are to be subjected to an array of punishments – stoning, amputation, beheading, and more – that are so horrifying as to terrorize the faithful into submission. Likewise, the hard Left aspires to create a perfect earthly society, the Marxist state of pure Communism, in which the state withers away but, in practice, ruthlessly enforces conformity by means of a reign of terror. Thus both Marx and the architects of Sharia envisioned a perfect society that was fundamentally authoritarian, and enforced by means of sheer terror. No wonder today’s exponents of both belief systems get along so well together.

Dzenan Camovic and Urooj Rahman are not singular. Their efforts to sow mayhem and destruction in the United States will be repeated again and again, while Old Joe and his cronies search for “white supremacist terrorists.” Joe and Gestapo chief Merrick Garland are giving the real terrorists just the cover they need in order to continue and step up operations. Dzenan Camovic could turn out to be only one small manifestation of a phenomenon that is much, much larger.

The Other Imam at the South Florida Islamic Center