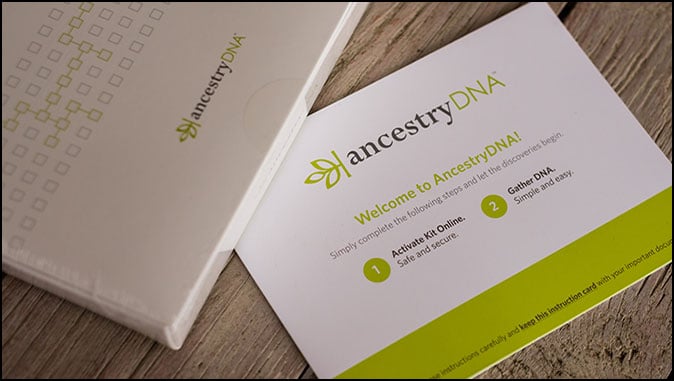 Along with Islamic doctrine and history, one can now add science to the list of things that demonstrate Islamic aggression.

Ancestry.com, a company that operates a network of genealogical and historical records, and provides DNA ancestry kits, recently asserted what history already knows: most of the denizens of Turkey are not Turks but rather the descendants of Christian peoples, mostly Greeks, who lived in Anatolia well over a millennium before the Turks invaded, but converted, due to Islam’s three choices (conversion, jizya/submission, or death).

As might be expected, many Turks, who tend to be zealous over their heritage, are outraged at finding that their ancestors were not conquering Turks but conquered infidels. This finding also underscores a vicious cycle I’ve discussed before: most of those Muslims who today persecute the indigenous Christians in their midst—and Turks rank among them—are themselves the descendants of Christians who converted to Islam to cease their own persecution.

One wonders how long before DNA studies reveal another, even more unflattering fact: the bloodline of conquering Muslims—Turks chief among them—is further adulterated with the blood of European concubines, sex-slaves, many millions of which were imported over the centuries by Turks, Tatars, Barbary corsairs, and various other Muslim peoples. The historical record is clear on this.

As one example, in 1438, Bartolomeo de Giano, an Italian Franciscan, witnessed the Turks’ slave raids throughout the Balkans. From Hungary, 300,000 were enslaved and “carried off in just a few days,” he wrote; from Serbia and Transylvania 100,000 were “led away in iron fetters tied to the backs of horses. . . . [and] women and children were herded by dogs without any mercy or piety. If one of them slowed down, unable to walk further because of thirst or pain, O Good Jesus! she immediately ended her life there in torment, cut in half.”

As one historian observes, “The massive enslavement of slavic populations during this period gave rise, in fact, to our word ‘slave’: in Bartolomeo’s time, to be a slave was to be a Slav.”

Similarly, the Greek historian, Doukas (1400-1462), writes the following about the palace of Ottoman sultan Bayezid:

There one could find carefully selected boys and girls, with beautiful faces, sweet young boys and girls who shone more brightly than the sun. To what nations did they belong? They were Byzantines [Greeks], Serbs, Wallachians, Albanians, Hungarians, Saxons, Bulgarians, and Latins…. He himself [Sultan Bayezid] unceasingly gave himself over to pleasure, to the point of exhaustion, by indulging in debauchery with these boys and girls.

Nor, as some of these passages suggest, were European slaves used only for pleasure; Muslims regularly procreated with them as well. Even that one Turk most celebrated by Erdogan’s Turkey—Bayezid’s great-grandson, Muhammad II, the conqueror of Constantinople—was born of a Christian slave mother. This did not change the fact that he became an avowed enemy of Christendom—the “forerunner of antichrist” as he was described.

Moreover, as Darío Fernández-Morera, author of The Myth of the Andalusian Paradise, explains:

Such was the impact of Christian slaves on Islamic lands, that many of the Umayyad rulers of Islamic Spain, as the sons of sexual slaves, were blue-eyed and blond or red-haired; and the founder of the “Arabic” Nasrid dynasty of Granada was called al-Hamar, “the Red One,” because of his reddish hair and beard. … Arabist Celia del Moral observes that in Umayyad al-Andalus the most coveted and therefore expensive sexual slaves were blond and red-haired females from the Northern Christian regions.

In fact, according to the calculations of Spanish Arabist Julian Ribera, due to the constant sexual intercourse with European slave women, the genetic Arab component of each generation of Umayyad rulers was reduced by half, so that the last Umayyad, Hisham II (976-1013), was approximately only 0.09 percent Arab.

Nor was this phenomenon limited to Muslim elites—caliphs, sultans, emirs, and the like—because they could afford “well-staffed” harems. Naturally, it is they whose doings are recorded, because it is they—the rulers, not the lay Muslim—that chroniclers recorded. Even so, history makes clear that European sex-slaves were, depending on time and place, abundantly available to the average Muslim.

Thus we learn that the slave markets of Adrianople (Edirne), formerly the Ottoman capital, were so inundated with European flesh that children sold for pennies, “a very beautiful slave woman was exchanged for a pair of boots, and four Serbian slaves were traded for a horse.”

Similarly, considering that sixteenth century “Algiers teemed with Christian captives, and it became a common saying that a Christian slave was scarce a fair barter for an onion,” little wonder by the late eighteenth century, European observers noted how “the inhabitants of Algiers have a rather white complexion.”

Will Ancestry.com or similar organizations ever demonstrate this other unflattering fact concerning Muslim bloodlines through DNA? Unlikely.

Quoted material in the above article was excerpted from and is documented in the author’s book, Sword and Scimitar: Fourteen Centuries of War between Islam and the West.