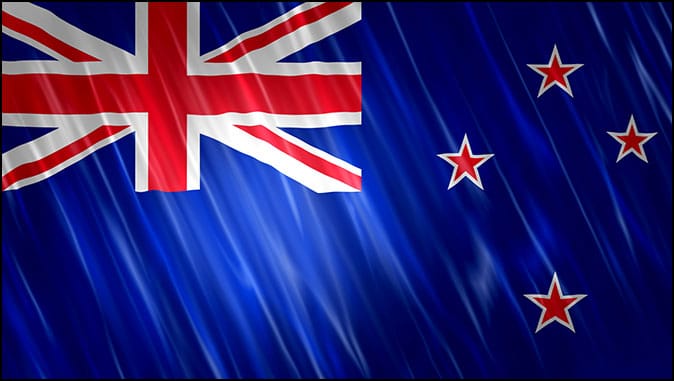 New Zealand Police Let a Jihadi Stab Six People
They were tracking his every move. Really.
By Robert Spencer

New Zealand authorities gave just provided a textbook example of how not to deal with a jihad terror attack. Authorities around the world are certain to learn so well from this example that they will soon repeat all the same mistakes themselves. If there are any law enforcement and intelligence officials anywhere who are still concerned with protecting their citizens from jihad attacks, rather than pandering to Muslim communities, they would see a great deal of what not to do in New Zealand officials’ behavior in this case. But even if there are such officials, they’d likely be overruled by elected officials with the same mindset as that of New Zealand’s Prime Minister Jacinda Ardern.

It all began when Ahamed Aathil Mohamed Samsudeen, a Sri Lankan, Muslim migrant in New Zealand, began stabbing people at random while screaming “Allahu akbar” in a supermarket in Auckland, New Zealand. But the story of Samsudeen in New Zealand actually began long before that. Associated Press reported Saturday that Samsudeen was imprisoned in New Zealand for three years after being caught with a hunting knife and jihadi videos. Nevertheless, he was released from prison “despite grave fears he would attack others,” because authorities believed that “they could do nothing more to keep him behind bars.”

So instead of keeping Samsudeen in prison, he was released and placed under close surveillance: “for 53 days from July, police tracked the man’s every move, an operation that involved some 30 officers working around the clock.” This was apparently a classic Keystone Kops operation, for even with all this surveillance, on Friday Samsudeen “walked into an Auckland supermarket, grabbed a kitchen knife from a store shelf and stabbed five people, critically injuring three. Two more shoppers were injured in the melee.”

Samsudeen shouldn’t even have been in the country. He came to New Zealand in 2011 and was granted refugee status in 2013. Then in 2016, he “was first noticed by police in 2016 when he started posting support for terror attacks and violent extremism on Facebook. Police twice confronted him but he kept on posting.” Why wasn’t he deported then? Instead, he went from bad to worse: “In 2017, they arrested him at Auckland Airport. He was headed for Syria, authorities say, presumably to join the Islamic State insurgency. Police searches found he had a hunting knife and some banned propaganda material, and he was later released on bail. In 2018, he bought another knife, and police found two Islamic State videos.”

At that point Samsudeen went to prison, but of course nothing was done there to disabuse him of his jihadist sentiments; any such action would have been “Islamophobic.” And so “on new charges in May [2021], a jury found Samsudeen guilty on two counts of possessing objectionable videos, both of which showed Islamic State group imagery, including the group’s flag and a man in a black balaclava holding a semi-automatic weapon.” On top of that, “a court report warned Samsudeen had the motivation and means to commit violent acts in the community and posed a high risk. It described him as harboring extreme attitudes, living an isolated lifestyle, and having a sense of entitlement.”

Despite all this, New Zealand High Court Judge Sally Fitzgerald ordered him released. “Fitzgerald noted the extreme concerns of police, saying she didn’t know if they were right, but ‘I sincerely hope they are not.’” Well, great. Is Judge Fitzgerald going to pay the medical bills of the people Samsudeen wounded?

Even worse, even though Samsudeen headed to the supermarket from a mosque, Ardern went out of her way to exonerate Islam for yet another crime done in its name and in accord with its teachings. She declared Friday that it “would be absolutely wrong” to “direct any frustration at anyone beyond this individual.” Yes, it would. But aren’t there other matters she should have been concerned about in the wake of a jihad attack? Then she added: “What happened today was despicable. It was hateful, it was wrong, it was carried out by an individual, not a faith, not a culture, not an ethnicity, but an individual person who was gripped by ideology that is not supported here by anyone or any community.”

It is noteworthy, however, that a “backlash” against Muslims is more of a concern for Ardern than preventing future jihad attacks. And how does she know that no one supports the Islamic State or the jihad ideology in New Zealand? Has she had the mosques investigated? Of course not. That would be “Islamophobic.”

If there were any sanity in New Zealand in dealing with the jihad threat, Samsudeen wouldn’t have still been in the country to attack anyone after he was found with jihadi material. If he had to be in the country, he should have still been in prison. And now, Ardern should be more concerned about preventing more jihad attacks than about a fictional “backlash.” But what she is doing wrong is exactly what every other ruler in every other non-Muslim country will do wrong as well. This one is a real textbook case, and all the mistakes authorities made here will be made again and again and again.

The Armenian Genocide: Past, Present, and Future?

The Armenian Genocide: Past, Present, and Future? The massacre of 1.5 million Christians was ultimately…