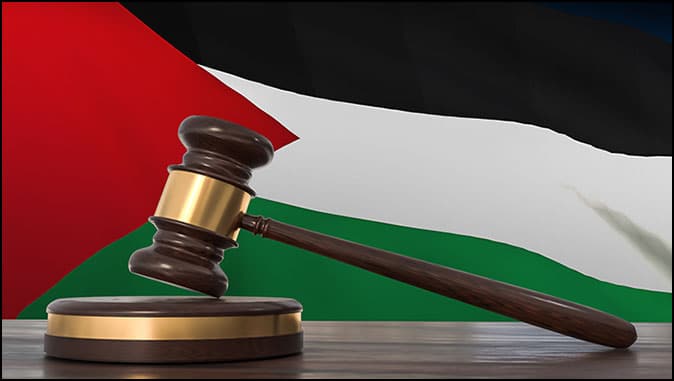 Muslim Who Attempted to Murder Christian Doctor Goes Unpunished, Victim Gets Death Threats
Inside the haunting world of the Palestinian intelligence apparatus.
By Samir A. Zedan

Several sources close to Dr. Salameh Qumsieh (pictured above), who is recuperating from the murder attempt in Bethlehem, indicated that he was threatened with death after leaving the hospital, in order to prevent him from escalating the situation.

On the other hand, Kamel Hmeid, the Bethlehem Governor, was quoted as saying that since the first attack against Dr. Qumsieh last February, which went unpunished, the assailant, Khader Odeh, committed at least four serious crimes in Bethlehem. Governor, why was he not held accountable for his actions?

During his brief detention last year in Jericho, Odeh was socializing with the head of the prison while smoking a water pipe, which was part of “his 5-star service inside the jail,” as it was described in an email sent to this writer. Odeh has likely been protected by the Palestinian intelligence apparatus.

In addition, a senior Palestinian activist explained that several shooting incidents have been reported inside Palestinian refugee camps in the West Bank, with the intention of undermining the Palestinian Authority government in Ramallah. These shooting sprees were reported to be carried out by supporters of Fatah strongman Mohammad Dahlan, who has been living in the United Arab Emirates since 2010 and is a strong opponent of Palestinian Authority President Mahmoud Abbas.

“The unexplained targeting of Christians in Bethlehem could be regarded as an effort by Dahlan to destabilize the Palestinian Authority and undermine its presence in Bethlehem, the birthplace of Jesus Christ,” the activist stated.

Furthermore, a Christian Palestinian who works for the Palestinian Authority in Ramallah indicated that “the Sharia-style attempt to cut off the doctor’s hands” has alarmed Mahmoud Abbas personally. “He fears that Palestinian zealotry could be a big deterrent to his desperate attempts to portray Palestinian society in the West Bank as secular and tolerant, as opposed to religious extremists seen in the Gaza Strip under Hamas.”

The social media activist Johnny Jildeh, quoted in the previous article, was kidnapped by Palestinian police and jailed for eight hours before he was let go after signing a written pledge not to criticize the Palestinian Authority on Facebook or other social media forums again.

After his release, he sought medical attention after experiencing high blood pressure symptoms and reported the incident to the Israeli police, which subsequently requested clarification about the incident from the Palestinian liaison officer Hussein Sheikh. It is a violation of Oslo agreements for the Palestinian Authority to detain Israeli citizens — as Jildeh is — without coordination with the Israeli side.

He detailed his recent ordeal with the Palestinian Authority in a phone conversation yesterday.

“Honest and faithful Christians must demand international protection, because the Palestinian Authority does not provide us with protection, but on the contrary, stands with the criminals against us. Every Christian who denies the presence of terrorism and persecution against Christians in the Palestinian Authority areas is a hypocrite, obscene, and a liar.” Heraklios Jameel Byzantios, an expatriate Palestinian Christian, made this statement in a lengthy Facebook post regarding the recent crime against the gynecologist.

One has to mention that Khader Odeh also continues to be the primary suspect behind the theft of the remains of deceased Christians from the Greek Orthodox cemetery in Beit Jala, near Bethlehem; the remains were recovered last September.

Up to this moment, the Palestinian Authority has refused to identify the perpetrator of this despicable crime, which has led to the belief that there is an ongoing cover-up for the crimes that Odeh has so far perpetrated against Christians.

When this writer criticized the inaction of some Palestinian Christian clergy on his Facebook page, calling them dhimmis, he received a number of death threats against himself and his family.

The FBI investigated these threats, seeking screenshots of them and links to the profiles of those who posted them.

It was this posting that sparked the death threats:

Watch the difference between this Armenian priest, who took up arms to defend his land and his country, and the terrified Dhimmi priests in the Palestinian Authority region who do not dare to question the authority about the identity of the one who desecrated Christian graves.

Yesterday, the Palestinian Authority handed over the remains that were stolen more than a month ago to the relatives of the deceased, and they were reburied under extreme secrecy.

The fear that is currently prevalent among Christians in Bethlehem is another reason why the prosecution of crimes against them so often stalls in a long and futile legal process, during which the perpetrators are likely to return quickly to their terrorist activities.

Samir A. Zedan is a former Senior Counter-Terrorism Analyst at the US Department of State, and a former Development Outreach and Communication Specialist at USAID/Iraq. He has contributed to hundreds of articles published in major media outlets with assignments in the Palestinian Areas, Israel, Jordan, Iraq, and Europe.

Re-Islamization is Stunting Turkish Mental Growth The brain drain that spawns its heavy cost. By…