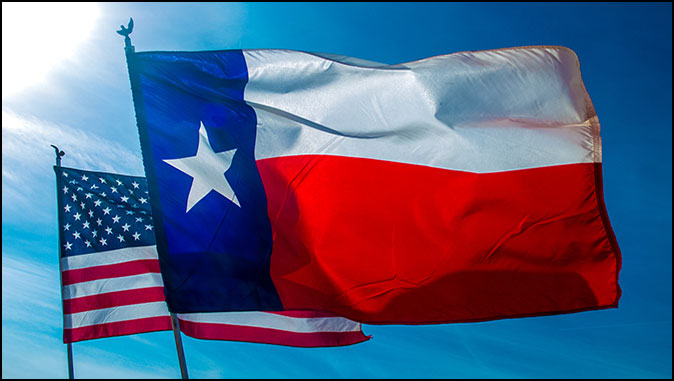 Muslim Takes Hostages At Texas Synagogue
And the same charade of denial and obfuscation starts all over again.
By Robert Spencer

On Saturday, Congregation Beth Israel Synagogue in Colleyville, Texas was in the middle of Shabbat services that were being livestreamed on Facebook when a Muslim gunman named Malik Faisal Akram, burst in and took hostages, including the rabbi. After a standoff that lasted hours, all the hostages were safely freed and Akram was killed. Then the denial and obfuscation began almost immediately.

FBI Special Agent in Charge Matt DeSarno got the ball rolling when he said: “We do believe from our engagement with this subject that he was singularly focused on one issue, uh, and it was not specifically related to the Jewish community, uh, but we’re continuing to work to find motive and, and we will continue on that path.”

DeSarno’s bizarre statement was based on the fact that the demands the hostage-taker made all revolved around Aafia Siddiqui, also known as “Lady al-Qaeda,” who is serving 86 years in prison for plotting a large-scale jihad massacre in New York City. The hostage-taker reportedly demanded that his “sister” be freed, which led to widespread speculation that he was in fact Aafia Siddiqui’s brother. However, Akram was no relation to Siddiqui; he was referring to her as his sister in Islam.

According to Tom Winter of NBC News, the hostage-taker even had the rabbi of Congregation Beth Israel, Charlie Cytron-Walker, whom he was holding hostage, call another rabbi in New York City. “The purpose of the call was to again demand the release of Aafia Siddiqui. The New York City based rabbi called 9-1-1 and the NYPD is well aware of the incident.”

Nothing whatsoever. Akram chose the synagogue over any other possible target because of the widespread belief in the Islamic world that the Jews control the world through various surreptitious means, as Jordanian professor Ahmad Nofal articulated last April. Railing against “Zionist notions” and “Jewish notions,” Nofal said: “It is forbidden to say ‘Jewish’ nowadays…Forbidden! Fine. Whatever. We’ll say ‘Zionist.’ It is the same thing. See how they rule the world? They even monitor what words you use. What kind of power is this? If you curse 1.7 million [sic.] Muslims — there’s nothing to it, but if you dare to say one word [against the Jews], they cancel you.”

Nofal was not singular. In a Friday sermon in 2016 at the Umayyad Mosque in Damascus, Sheikh Muhammad Ma’moun Rahma declared: “Are you aware, oh Muslims and Arabs, that global Jewry holds the political reins in the world’s superpowers? The entire world knows that the Jews control the sources of knowledge and fortune, in order to take hold of the reins of culture and economy.”

Akram chose the synagogue because he clearly believed that the Jews, and perhaps only the Jews, held the power to secure Aafia Siddiqui’s release. The synagogue in Colleyville, in his febrile imagination, would be directly connected to the Jewish power brokers who could be compelled by his hostage-taking to do his bidding.

The FBI should know all this, but it doesn’t. Early in the Obama administration, it scrubbed all counterterror training materials that made any mention of Islamic texts and teachings, and severed ties with all the independent contractors (including me) who were teaching agents about the beliefs and goals of jihad terrorists. Islamic anti-Semitism is yet another forbidden area for today’s FBI; they can’t investigate anything that might appear to be “Islamophobic.” So Matt DeSarno is operating out of the willful ignorance the FBI chose as policy years ago. This time, the agency’s woke idiocy is actively misleading the American people about what happened in Colleyville.

Akram’s brother Gulbar, meanwhile, condemned the attack and apologized: “We would like to say that we as a family do not condone any of his actions and would like to sincerely apologize wholeheartedly to all the victims involved in the unfortunate incident.” However, Gulbar also added that Malik Faisal Akram had “mental health issues.”

Of course. The claim that jihadis are suffering from mental illness is an excuse that authorities frequently employ in order to avoid having to speak publicly about aspects of Islamic teaching that can incite violence. In San Francisco last November, a knife-wielding Muslim screaming “Allahu akbar” charged at police, who shot him in self-defense. The establishment media insisted he was mentally ill. Also in November, a Muslim named Emad Al Swealmeen blew himself up in a taxicab outside a Liverpool hospital; police told the public that he suffered from periods of mental illness. In Germany, a Muslim migrant stabbed four random people, and although authorities acknowledged that he could be an “Islamic extremist,” he was placed not in a prison, but a psych ward.

And so on and on. For years now, authorities who feared doing anything that might suggest a connection between Islam and terrorism consigned numerous obvious instances of jihad activity to mental illness. If law enforcement officials take Gulbar’s claim at face value, this hostage-taking incident will quickly be forgotten amid a flurry of establishment media articles about the “stress” caused by “Islamophobia,” and the need to redouble efforts to make sure Muslims suffer no undue difficulties.

Predictably clueless, Old Joe Biden sputtered: “I don’t — we don’t have — I don’t think there is sufficient information to know about why he targeted that synagogue, why he insisted on the release of someone who’s been in prison for over 10 years, why he was engaged, why he was using an anti-Semitic and anti-Israeli comments.”

Contrary to Biden’s professed ignorance, there was little mystery as to why Akram targeted a synagogue; nor was it any great puzzle as to “why he insisted on the release of someone who’s been in prison for over 10 years.”

Some Islamic groups have been agitating for Siddiqui’s release for years. On November 10, the Hamas-linked Council on American-Islamic Relations (CAIR) held a Facebook live discussion to call for Siddiqui to be freed. The panelists included Siddiqui’s attorney, Marwa Elbially, Faizan Syed, the Executive Director of the Austin and Dallas-Fort Worth chapter of Hamas-linked CAIR, and the notorious Leftist activist Linda Sarsour. “Join us,” said the CAIR invitation, “for a livestream discussion on the renewed campaign to free Dr. Aafia Siddiqui who is serving an unjust 86 year sentence for a crime she did not do.” In reality, Siddiqui received her long sentence because of abundant evidence that she plotted the jihad mass murder of Americans, including U.S. government employees.

Whether or not Malik Faisal Akram saw or even knew about CAIR’s Facebook discussion, the anger over Siddiqui’s imprisonment was not limited to this single event. What’s more, according to the Elder of Ziyon, jihadis have discussed taking Jews hostage in order to force the freeing of Siddiqui before: “Indian Mujahideen co-founder and Pakistan based Riyaz Bhatkal, as per NIA chargesheet on Yasin Bhatkal, had met Al Qaeda operatives in 2013. Yasin Bhatkal, who was picked up by Intelligence Bureau from Nepal in August 2013, told his interrogators that Riyaz had told him to kidnap Jews from Pushkar mela in Rajasthan and demand the release of Aafia Siddiqui. This was a popular plan. Siddi Bapa also allegedly told NIA interrogators that he and some of his men were working on a plot to take ‘foreign Jews’ hostage at the time of his arrest. He claims to have received orders to take Jewish hostages sometime after executing the 2013 Hyderabad bombings.”

In light of all that, it is a peculiarly virulent strain of willful ignorance to think that Malik Faisal Akram’s motive is unknown. But the establishment media will no doubt continue to do all it can to obfuscate it. And you’ll also hear that Muslims are the real victims, as far-Left Muslim “journalist” Wajahat Ali has already explained: “You’re about to hear some ugly & vicious Islamophobia & anti-Muslim bigotry this weekend from elected officials, commentators and even mainstream media. Hope I’m wrong. People will use it to divide Jewish and Muslim communities for their political agenda. Don’t fall for it.”

Of course, Wajahat. You can fool some of the people all the time