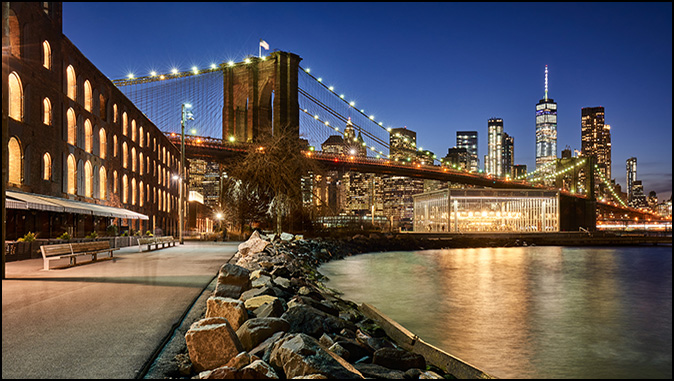 ISIS Plotter in Hipster Brooklyn Proves Yet Again That Immigration Is a National Security Issue
Why, exactly, is the Biden administration bringing jihad terrorists into the country?
By Robert Spencer

Dilkhayot Kasimov lived in Brooklyn, one of the nation’s leading hotspots for trendy young hipsters, but he had much more on his mind than checking out the street art scene in Bushwick or the Fort Greene Flea Market. Kasimov, 34, who was sentenced Friday to fifteen years in prison for aiding the Islamic State (ISIS), was involved in plots to strike within the United States, including possibly even killing Barack Obama. Dilkhayot Kasimov is a citizen of Uzbekistan, and so his case once again raises the question that Biden’s handlers steadfastly ignore: why is the U.S. bringing jihad terrorists into the country?

According to U.S. Attorney Richard Donoghue, Kasimov “was part of a conspiracy in which he willingly and eagerly sought to help fund a foreign fighter’s travel and expenses in Syria to wage violent jihad.” When Kasimov was sentenced Friday, Matthew Olsen, Assistant Attorney General for National Security, said: “Kasimov is an ISIS supporter who collected and gave money to another individual to fund his travel to join the terrorist group.” Breon Peace, U.S. Attorney for the Eastern District of New York, explained: “Kasimov was part of a group of individuals who sought to travel to Syria to join ISIS or to fund others who sought to become foreign fighters for ISIS.” But Kasimov wasn’t interested only in Syria.

When Kasimov was convicted in September 2019, UPI reported that he “was named in an indictment that charged three other men in a plot to assist the Islamic State.” Kasimov’s accomplices, “Akhror Saidakhmetov, Abdurasul Hasanovich Juraboev and Abror Habibov planned to travel to Turkey and then to Syria to assist the IS.” They also had a Plan B: “If their plan was not successful, they allegedly planned terrorist attacks on the United States. The men were each charged with conspiracy to provide material support to a foreign terrorist organization, conspiracy and travel document fraud.” They “came to the attention of law enforcement in August 2014 after they allegedly posted on a Uzbek-language, pro-IS website saying they would kill former President Barack Obama if ordered by the IS. The plans included placing bombs on Coney Island.”

There doesn’t seem to be any published information about the circumstances under which Kasimov was admitted to the country. Nonetheless, his case provides yet more evidence that immigration is a national security issue, and that not only “racists” and “Islamophobes” think otherwise.

There is no word about Kasimov being deported after he completes his prison sentence (or however much of it he ends up having to serve; he isn’t, after all, an “insurrectionist” or a “white supremacist,” so he is unlikely to serve the entire sentence). However, another one of Kasimov’s accomplices, Chicago’s Dilshod Khusanov, 36, according to the DOJ, will be deported after he serves a prison term. And Kisanov and Khusanov aren’t even close to being the only foreign nationals who have become security risks inside the United States. Others include a Somali Muslim migrant who stabbed multiple patrons at a restaurant owned by an Israeli Arab Christian; Ahmad Khan Rahami, an Afghan Muslim migrant who set off bombs in New York City and New Jersey; Arcan Cetin, a Turkish Muslim migrant who murdered five people in a mall in Burlington, Wash.; Dahir Adan, another Somali Muslim migrant, who stabbed mall shoppers in St. Cloud, Minn. while screaming “Allahu akbar”; and Abdul Razak Artan, yet another Somali Muslim migrant, who injured nine people with car and knife attacks at Ohio State University.

Meanwhile, Fox News reported Monday that “A Haitian migrant taking part in what could be the largest ever migrant caravan through Mexico to the U.S. is demanding that President Biden keep his promise to allow them to stay once they reach the border.” The migrant said of Old Joe: “He promised the Haitian community he will help them. He will recall Title 42. He will help us have real asylum.” Fox notes that “the migrant is taking part in a caravan that could become the largest ever to reach the U.S. southern border, with the current number of close to 10,000 migrants, is expected to swell to about 15,000 before it reaches the border.” What could possibly go wrong? Well, could more jihad terrorists such as Dilkhayot Kasimov take advantage of the chaos at the border to enter the United States and begin to plot massacres here? Come on, man! Celebrate diversity!