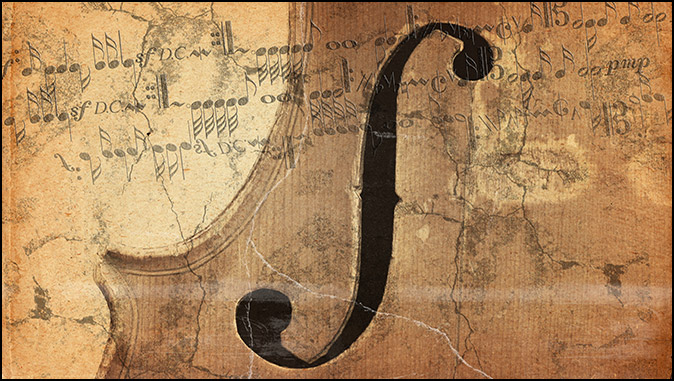 Sheikh Ahmed al-Tayyeb, who as grand imam of Cairo’s Al-Azhar is the foremost cleric in Sunni Islam, met up again with his pal Pope Francis in Bahrain on Friday and gave us one of the best episodes yet of their ongoing buddy-movie series. Whenever these two get together, they always serve up fresh steaming piles of cynical deception, Islamic proselytizing, and Leftist agitprop, and Friday’s episode was no different. In fact, it was one of the most outstanding examples yet of how Islamic leaders use interreligious dialogue to further their own ends, playing their naïve Christian counterparts for fools again and again.

At the Bahrain Forum for Dialogue, according to Church Militant, al-Tayyeb asserted that “what is said and promoted from time to time about the institution of war in Islam against the infidels is not true. Indeed, it is a real lie about Islam and the life of its prophet, even if this is affirmed by some followers of the same religion, a religion that is based on evidence and testimony, not on ambiguity and lies.” The “lie” that al-Tayyeb had in mind was the readily demonstrable proposition that Islam is the only major world religion that has a developed doctrine involving warfare against the subjugation of unbelievers. Despite statements to that effect from numerous Muslim clerics and the undeniable evidence of over 42,000 violent jihad attacks worldwide since 9/11, al-Tayyeb insisted that it was all a misunderstanding.

We have, of course, heard this song before, and al-Tayyeb was aware of that, telling the pope: “I hope you are not bored with the constant claims that Islam is a religion of peace and equality.” Pope Francis, of course, was just the opposite of bored. He can’t get enough of that sort of thing, as back in 2013 he himself declared, with imperviousness to facts and evidence that was truly breathtaking, that “authentic Islam and the proper reading of the Koran are opposed to every form of violence.”

Why is this so hard for Westerners to grasp? Well, it’s largely because it isn’t remotely true, but as far as al-Tayyeb was concerned, it was because Muslim scholars have been less than “diligent in letting Westerners know about true Islam.” He said that they should “continue to highlight what Islam encompasses in terms of lofty ideals, human brotherhood and cooperation, and other commonalities that the West and East agree on and welcome.” Yeah, good idea. Maybe he can explain where exactly the Qur’an calls for “human brotherhood and cooperation” with non-Muslims, whom the Islamic holy book calls “the most vile of created beings” (98:6).

Al-Tayyeb didn’t get close to dealing with that Qur’an verse and others like it. He was too busy playing to his audience, knowing that a doctrinaire Leftist such as Pope Francis would be thrilled to hear about how the Big Bad West could learn from the wise, benign, serene East: “Western culture should not be represented as the only civilized society and as the standard for judging other cultures. Any interference with other cultures is an abuse of power. The West needs the wisdom of the East, its religious and moral values upon which its people were raised, as well as its balanced view of man, the universe, and our Creator,” so as “not to be blinded by putting the ephemeral before the eternal.”

Church Militant notes that “while Pope Francis did not make any explicit reference to the Triune God or the Holy Bible, the highest-ranking cleric in the Sunni-Muslim world introduced and ended his address with an Islamic blessing and unapologetically quoted the Quran several times in his text.” At one point, al-Tayyeb asked: “What is the relationship between people according to the philosophy of the Qur’an? The only way to make this relationship work is knowledge, which is how Allah has established the interactions and relationships between people. The Qur’an says it clearly: ‘O humanity! Indeed, we created you from a male and a female, and made you into peoples and tribes so that you may get to know one another. Surely, the most noble of you in the sight of Allah is the most righteous among you. Allah is truly All-Knowing, All-Aware,’ (Qur’an 49:13).”

Gee, that sounds great, but unfortunately, it is not even close to being the Qur’an’s last or only word on such matters. As I told Church Militant, Al-Tayyeb’s statements demonstrated yet again that for all too many Islamic leaders, if not all, interreligious dialogue is a vehicle for dawah, Islamic proselytizing, not genuine give-and-take. His copious quotations from the Qur’an, while Francis fastidiously refrained from quoting the Bible, show once again how one-sided this “dialogue” really is: the self-abnegation and deference are all on the Christian side, while the Muslim side retains a resolute self-awareness and doesn’t move toward the other side even an inch.

Meanwhile, al-Tayyeb’s exposition of Islam was highly inaccurate and misleading; among the many salient Qur’an passages he did not quote are “Fight them until there is no more persecution and religion is all for Allah” (8:39), which is an open-ended declaration of war against unbelievers, and “Muhammad is the apostle of Allah. Those who follow him are ruthless to unbelievers, merciful to one another” (48:29), which belies claims he made about Islam teaching that “peace and knowledge” should guide relationships between people. Even if he knew how deceptive al-Tayyeb was being, which he almost certainly did not, Francis wouldn’t have dreamed of contradicting him publicly or asking him any pointed questions. He willingly and happily played the useful idiot and dhimmi.

That’s the state of interfaith dialogue in this enlightened year 2022.

The Unspoken Genocide of Christians in Nigeria

The Unspoken Genocide of Christians in Nigeria The black lives that don’t matter. By Raymond…