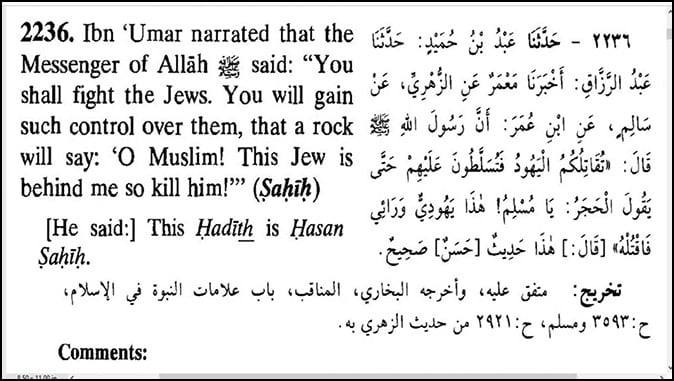 Masjid Jamaat Al-Mu’mineen (MJAM) is a radical mosque, located in Margate, Florida, infamous for having an imam that was charged by the FBI with helping to finance the Taliban. Surfing the mosque’s website, one is able to access a web library of downloadable Islamic texts. The amount of bigotry and violence found in the books is alarming, especially in their attacks against members of the Jewish and Christian faiths.

This past decade, MJAM has been working hard to expand construction beyond the mosque to include a children’s school, a conference center and more. As Phase II of MJAM’s Islamic Center expansion project was underway, the mosque’s imam, Izhar Khan, was behind bars. In May 2011, Khan was arrested and spent the next 20 months in a Miami federal detention center for his alleged participation in a terror financing scheme to ship $50 thousand to the Pakistani Taliban for the specific goal of murdering American troops overseas.

As stated in the US Justice Department indictment against him and his family, “Izhar is a Pakistani Taliban sympathizer who worked with [his father Hafiz] and others to collect and deliver money for the Pakistani Taliban… Izhar… provided and attempted to provide material support and resources… knowing and intending that they be used in preparation for and in carrying out… a conspiracy to murder, kidnap, and maim persons in a foreign country.”

MJAM’s website sports a book section that includes 44 downloadable religious texts, all but one containing writings in English. The books deal with such controversial subjects as: female circumcision, partaking in jihad (holy war), punishing homosexuals with death, chopping off hands, stoning women accused by their husbands of adultery, and vilifying Hindus. The vast majority of the texts, though, curse Jews and Christians, Jews being the main target and, on numerous occasions, targeted with violence. One of the texts, Tafsir Ibn Kathir, mentions Jews nearly 800 times.

From MJAM’s Tafsir Ibn Kathir: “[T]he Jews… will continue to suffer humiliation at the hands of all who interact with them… [Y]ou will find them (the Jews) the greediest of mankind for life… greedy to live longer, because they know their evil end… [B]eware of the Jews, your enemies, lest they distort the truth for you in what they convey to you. Therefore, do not be deceived by them, for they are liars, treacherous and disbelievers… Allah forbids His believing servants from having Jews and Christians as friends, because they are the enemies of Islam and its people, may Allah curse them… Allah cast terror in the hearts of the Jews… Allah decreed that the Jews would be punished in the life of this world and face the torment of the fire of Hell.”

From MJAM’s Sahih Bukhari: “It is the Jews who are being tormented in their graves… The Hour will not be established until you fight with the Jews, and the stone behind which a Jew will be hiding will say, ‘O Muslim! There is a Jew hiding behind me, so kill him.’”

From MJAM’s Kitab At-Tauhid: “Allah’s curse be upon the Jews and the Christians for taking the graves of their Prophets as places of worship… [T]hose (Jews) who incurred the curse of Allah and His wrath, those of whom (some) He transformed into monkeys and swines…”

From MJAM’s Kitab Al-Iman: “[C]alling someone an unbeliever, a Jew, an adulterer, a thief or some other name connoting the commission of unacceptable acts is not the same as calling someone a sinner… [C]alling him an unbeliever is far worse… [J]ust as I know that I love the Messenger of Allah and hate the Jews and the Christians, then my saying that I am a believer is like my saying that I am a Muslim…”

From MJAM’s Commandments by God in the Quran: “Do you see those that have befriended a people – the Jews – who have incurred Allah’s wrath? They belong neither to you nor to them. They knowingly swear to falsehoods. Allah has prepared for them a grievous scourge. Evil indeed is that which they have done… They are the people of the Fire, and there they shall abide forever… The Devil has gained possession of them and caused them to forget Allah’s warning.”

There are many more horrific and offensive quotes from the MJAM web library that could have been placed in this piece, but in deference to time, were left out. The level of hostility for others, including Muslims who do not ascribe to this way of thinking, is shocking.

The religious materials accessed via MJAM’s site contain the same type of violent bigotry and inciting rhetoric that invades the minds of young Muslims worldwide and drives them to join up with groups like al-Qaeda and ISIS. In fact, a recurring theme in the MJAM books is performing jihad – taking the law into one’s own hands, getting on a plane, obtaining firearms, and joining murderous battles overseas – as an “obligatory duty” for all able-bodied male Muslims. If Muslims abandon jihad, according to these texts, “Islam is destroyed” and “Allah will smite them with humiliation.”

The texts may very well have been the ideological basis for MJAM’s imam and his family to (allegedly) help fund the Taliban. The texts may have been accessories to other crimes, as well.

Law enforcement and DHS should take notice of what is being propagated at Masjid Jamaat Al-Mu’mineen and move quickly to take action. Instead of this Islamic center being expanded into Phase II and Phase III and beyond, it should be padlocked and shut down.