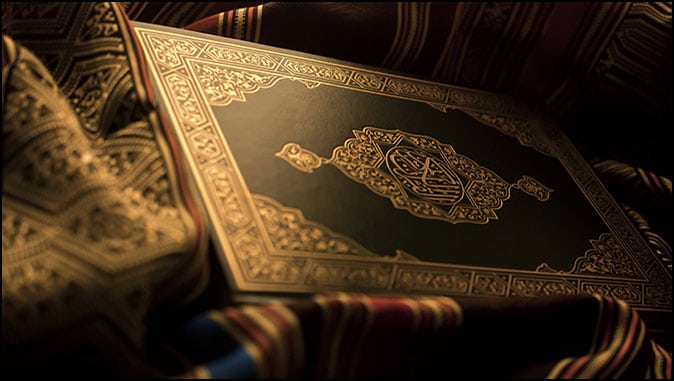 The Qur’an in numerous passages describes lax, or moderate Muslims, as being hypocrites deserving of scorn and persecution. Speaking as a former Muslim, this raises grave concerns when one considers realities such as Islam’s death penalty for apostasy and the jihad imperative.

For a multitude of reasons (though chiefly for disbelief in or lack of adherence to Islamic teachings) the Qur’an often categorizes some groups of both Muslims and non-Muslims alike as being hypocrites. Since this article is primarily concerned with addressing the subject of how the Islamic texts view lax/moderate Muslims, it is important to consider the general meaning of the word hypocrite.

A common definition of the word hypocrite is as follows: 1: a person who puts on a false appearance of virtue or religion. 2: a person who acts in contradiction to his or her stated beliefs.

Sadly, because the Qur’an claims to be the infallible words of God that are to be unwaveringly believed and practiced by devout Muslims (Qur’an 3:138, 6:114, 16:89), and since many moderate Muslims do not practice all of the Qur’anic dictates, orthodox Muslims have a valid reason to consider moderate Muslims to be hypocrites. See HERE for a more exhaustive list of Islam’s condemnation of hypocrites.

Qur’an 33:36: It is not for a believer, man or woman, when Allah and His Messenger have decreed a matter, that they have any option in their decision. And whoever disobeys Allah and His messenger, has indeed strayed in plain error.

9:23: O believers! Do not take your parents and siblings as trusted allies if they choose disbelief over belief. And whoever of you does so, they are the true wrongdoers.

9:67 The hypocrites, both men and women, are all alike: they encourage what is evil, forbid what is good, and withhold what is in their hands. They neglected Allah, so He neglected them. Surely the hypocrites are the rebellious.

9:68 Allah has promised the hypocrites, both men and women, and the disbelievers an everlasting stay in the Fire of Hell—it is sufficient for them. Allah has condemned them, and they will suffer a never-ending punishment.

9:69 You hypocrites are like those disbelievers before you. They were far superior to you in might and more abundant in wealth and children. They enjoyed their share in this life. You have enjoyed your share, just as they did. And you have engaged in idle talk, just as they did. Their deeds have become void in this world and the Hereafter. And it is they who are the true losers.

In the Sunnah of the Islamic prophet Muhammad, we also find disobedient or hypocritical Muslims spoken of in derogatory terms:

Sahih Muslim Book 038, Hadith Number 6696: Ibn Umar reported Allah’s Apostle (may peace be upon him) as saying: The similitude of a hypocrite is that of a sheep which roams endlessly between two flocks. She goes to one at one time and to the other at another time.

Sahih Muslim Book 038, Hadith Number 6694: Jabir reported that Allah’s Messenger (may peace be upon him) came back from a journey and as he was near Medina, there was such a violent gale that the mountain seemed to be pressed. Allah’s Messenger (may peace be upon him) said: This wind has perhaps been made to blow for the death of a hypocrite, and as he reached Medina a notorious hypocrite from amongst the hypocrites had died.

Unfortunately, as we see from the Islamic texts themselves, it is the orthodox Muslims, such as the Taliban, who can quite justifiably call moderate Muslims hypocrites and treat them with disdain and worse. As the world has just witnessed in the late Summer of 2021, tens of thousands of moderate Muslims are desperately trying to escape Afghanistan as the entire country threatens to fall back into Sharia rule at the hands of the Taliban.

The world is fortunate that moderate Muslims do not follow all of the Qur’anic dictates – but failing to do so naturally makes the moderates vulnerable to charges of hypocrisy by the strict adherents of Sharia. Qur’anic verses such as the ones listed below are invariably noted to moderate Muslims by the hardliners, and the former tend to keep their heads down and their mouths shut for fear of being killed by their more devout Islamic brethren. Moderate Muslim movements are essentially inconsequential in terms of numbers and influence because the jihadis and their supporters know what is written in the Qur’an and are obedient to its teachings.

1:11: This is a Book whose verses are well perfected and then fully explained. It is from the One Who is All-Wise, All-Aware.

18:27: Recite what has been revealed to you from the Book of your Lord. None can change His Words, nor can you find any refuge besides Him.

It is high time that the world take a sobering look at, and reject, the many exceptionally harmful and brutal teachings found in the Qur’an and Muhammad’s Sunnah that comprise Islamic Sharia law (See HERE) that the Taliban and dozens of other jihad groups are attempting be means of both force of arms and political maneuvering to establish throughout the earth.

In conclusion, for the foreseeable future, Sharia-adherent Muslims will continue to torment and persecute moderate Muslims precisely because of what is written in the supposedly perfect Quran and Muhammad’s Sunnah. In other words, unfathomable amounts of misery and bloodshed with take place throughout the world for as long as Muslims continue to believe the claim that the Qur’an is perfect and of divine origin, and that Muhammad is the messenger of Allah whose behavior is to be emulated (Qur’an 33:21).

Here is a recent statement from a group of Bangladeshi apostates living in the UK explaining the reasons why they have abandoned Islam:

One who claims to be a messenger of God is expected to live a saintly life. He must not be given to lust, he must not be a sexual pervert, and he must not be a rapist, a highway robber, a war criminal, a mass murderer or an assassin. One who claims to be a messenger of God must have a superior character. He must stand above the vices of the people of his time. Yet Muhammad’s life is that of a gangster godfather. He raided merchant caravans, looted innocent people, massacred entire male populations and enslaved the women and children. He raped the women captured in war after killing their husbands and told his followers that it is okay to have sex with their captives (Qur’an 33:50). He assassinated those who criticized him and executed them when he came to power and became de facto despot of Arabia. Muhammad was bereft of human compassion. He was an obsessed man with his dreams of grandiosity and could not forgive those who stood in his way…

Muhammad was a narcissist, like Hitler, Saddam or Stalin. He was astute and knew how to manipulate people, but his emotional intelligence was less evolved than that of a 6-year-old child. He simply could not feel the pain of others. He brutally massacred thousands of innocent people and pillaged their wealth. His ambitions were big and as a narcissist he honestly believed he is entitled to do as he pleased and commit all sorts of crimes and his evil deeds are justified.