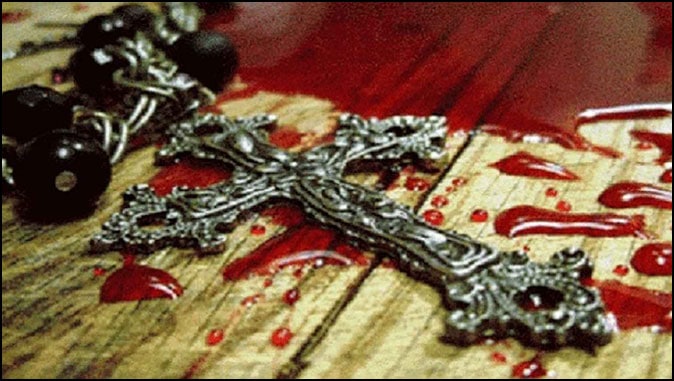 Egypt – Another Terrifying Case of Anti-Christian Persecution
Westerners prefer not to notice.
By Jack Kerwick

The 21st century inhabitants of the West treat the life that they enjoy as a given. This is especially true of Americas.

What they fail to grasp is that as far as the history of the human race is concerned, and even relative to how much of the world continues to live, their civilization is an anomaly. This is both a blessing and a curse: While their achievements have been nothing short of miraculous, it is precisely because of the incalculable benefits that they’ve reaped from having constructed this envy of the world that they have become spectacularly forgetful of the realities of the human condition.

The Western world is the planet’s version of Disney World. And the thinking that informs the former’s residents is no less wishful and fantastical than that which overcomes visitors to the latter.

Even today, though, most human beings on the Earth haven’t the luxury of fabricating such ideologically-useful fantasies as “micro-aggressions” and the like over which to be aggrieved. They can’t afford to deny the self-evident tenuousness of the social order in which they find themselves and the ubiquity of the inhumanity with which all too many people treat others. The pseudo-sophistication that permits affluent Westerners to dismiss Good and Evil as the imaginary preoccupations of the superstitious and uneducated most of the rest of the planet, if they thought about it at all, would recognize as both demonstrably stupid and a fast track to certain death.

And, regardless of how politically inconvenient, from a contemporary Western perspective, it is to acknowledge this, the truth of the matter is that, globally speaking, there is no group of people more oppressed at the present moment than Christians.

In Egypt, back in August of last year, 68 year-old Bakhit Azis Georgi and his 35 year-old nephew, Youseff Samaan Girgis, were at Georgi’s place of business when several Islamic men kidnapped them at gunpoint. Upon forcing uncle and nephew into their truck, their Muslim abductors threatened to murder their Christian captives if they communicated at all with one another.

Once darkness arrived, Georgi and Girgis were blindfolded. The truck continued moving along upon uneven terrain for the next two hours as their abductors called them “infidels” and accused them of having “defiled” themselves and their land.

Georgi’s and Girgis’ family, you see, is the only Christian family in their town. And this is not the first time that their family has been targeted, for Osama, one of Georgi’s sons, had been kidnapped four years earlier. He hasn’t been seen or heard from since.

Girgis spent the next 13 days in captivity blindfolded and bound. The only time at which the ropes around his wrists were loosened is when he was fed, once a day, a varying diet of bread, cheese, some water, and lentils. He slept on the ground.

Given that he had no way to differentiate the day from the night, Girgis lost track of all time. His first night he spent crying and praying for deliverance. That Girgis is among millions, billions of human beings for whom evil is something that only one accustomed to the quality of life characteristic of Western societies could question is evident by the prayer that first sprung from his lips:

“Oh God, be with me and my uncle, strengthen us, protect us, and rescue us from the hands of these wicked people. You are our protection.”

Girgis’ faith sustained him as he was relentlessly mocked and insulted. “Every day was a nightmare. I couldn’t distinguish the day from the night. They insulted me continuously and treated me very badly. Plus, I was far from my family, I missed my children so much.”

When Girgis asked if he could contact his children, “they refused and insulted me.”

After 13 days, though, his prayers were answered. Girgis was driven to a desert not from his village and released. His uncle would be released 113 days after that.

After all, as was already noted, Osama, one of Georgi’s sons and Girgis’ cousin, was kidnapped four years earlier. The police never did a thing.

Moreover, throughout Egypt, Christians are subjected to the most brutal persecution. Within recent months, an Egyptian Christian woman named Jihan was besieged by no fewer than four men, her Muslim neighbors. The low lives were captured on video as they dragged her through the streets while pummeling her. All of the while, they hurled epithets at Jihan and threatened her with rape.

Evidently, Jihan had been tormented prior to this. The local police urged her to install surveillance cameras at her home in order to deter any future attacks. This plan obviously backfired, for it was when her neighbors learned of it they became enraged and unleashed on her.

The point is that they were about as deterred from treating Christians as non-persons as were the attackers of Georgi, his son, and his nephew.

Evil is real. While it comes in a variety of forms, many of which are sufficiently subtle to legitimize debate over they are present in any given set of circumstances, for those on the receiving end of its most blatant manifestations—like Christians, the most oppressed group in the world today—it makes as much sense to debate its existence as it does to debate whether the moon is made of green cheese.