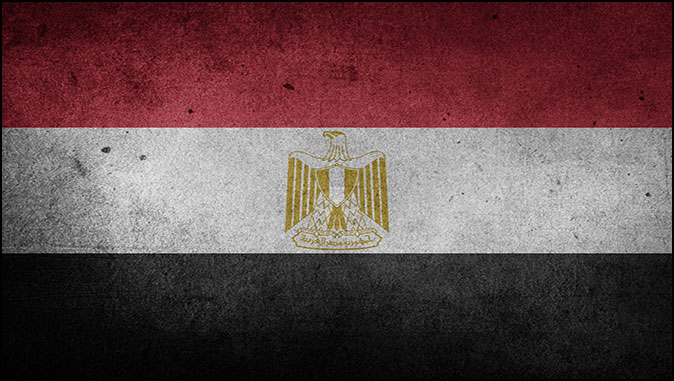 Egypt: Abducted Christian Girl Reappears as “Willing” Convert to Islam in Video
And asks her family to stop searching for her.
By Raymond Ibrahim

Raymond Ibrahim is a Shillman Fellow at the David Horowitz Freedom Center. This article first appeared on Coptic Solidarity.

Once again, a young Coptic Christian girl has disappeared off the streets of Egypt only to reappear in a video dressed in Islamic garb and claiming she had willingly converted to Islam and run away from home.

Magda Mansur Ibrahim, 20, was traveling to her college in Asyut near her home town of al-Badari on Saturday, October 3, when she disappeared without a trace. Three days after her parents frantically contacted police and pressured local officials to act, a video of the missing girl appeared on October 6. In it she claimed that she had converted to Islam six years earlier and had now married a Muslim man and therefore wished to be left alone.

In an interview, however, her father said that he didn’t for a moment believe that the video was genuine but rather made under duress. He cited several contradictions in what his daughter said: at one point, for example, Magda said she had “already” gotten married, while at another point she said she was “going to be” married. He also asked if it was reasonable to believe that a 14-year-old girl could be theologically attuned enough to secretly convert to and clandestinely practice Islam for six years within a Christian household.

More to the point, “How am I to believe,” the girl’s father inquired, “this video when Ranya ‘Abd al-Masih and the Alexandrian girl [Christine Zarif] both previously published similar videos and in the end they returned and we learned that they had acted under pressure and duress?

In fact, this incident is a repeat of other incidents. Most recently, Ranya ‘Abd al-Masih, another Coptic woman and married mother of three, disappeared earlier this year; and, when her husband and extended family refused to accept her fate, a video of the 39-year-old appeared, wherein she claimed that she too had secretly converted to Islam—a full nine years earlier—and wanted to be left alone. The family also rejected the video as being made under pressure and refused to relent searching for her and generally creating a scandal. A few months later, state security returned Ranya to her family, on condition that they not speak of what happened.

The father of Magda—this latest victim of Christian kidnapping in Egypt—said during his interview:

As an Egyptian, I have rights—including the right to see my daughter and sit with her and make sure she is okay. If she wishes to follow another path [Islam], that is her right, but my right is to see her …. I therefore ask State Security, the Minister of Interior and President Sisi to look into [the plight of] my daughter because I know that she is not safe and is under pressure. I will never forfeit my daughter or my right…. She is not some “chicken” I can forget about; she is my flesh and blood…. I am poor and at death’s door [literally, “God’s door”], but the value of honor is dear to us and even if they were to publish a million videos, it is my right to see her. As for the video, I am a father and know well how my daughter talks, and she [appeared] terrified and her face changed. As the very least reflection of my rights as a citizen, State Security should move and investigate [the whereabouts] of my daughter. Is it that hard for the Egyptian police to return the girl?

Update: Hours before the publication of this article, Magda was reported to have been returned to her family. However, and as in the case with Ranya ‘Abd al-Masih, little is known of the 20-year-old’s return, which seems to be conditional on the family not asking questions, speaking to the press about this incident, pressing charges, or even knowing who was responsible.

Death by a Thousand Cuts

Death by a Thousand Cuts Armenia’s recent surrender to Islam in context. By Raymond Ibrahim…

How Blasphemy Laws Violate Religious Freedom By Rachel Nicole What do an Austrian woman, an…

Islam in Europe: Lessons from Medieval Spanish Why all of Macron’s measures against “extremism” are…

The Return of Radical Islamic Terror