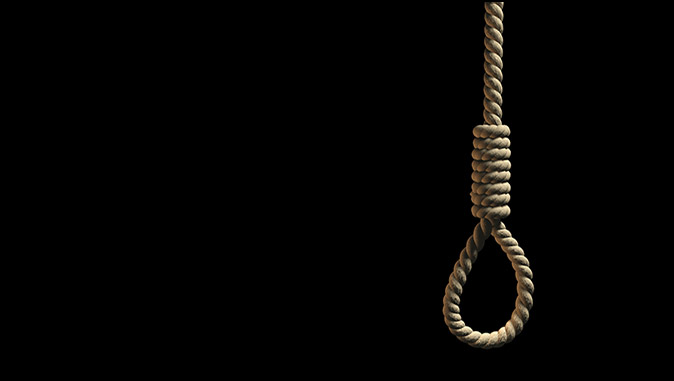 Death for Apostates, Jail for Blasphemers
Recent developments in Libya and Egypt.
By Raymond Ibrahim

A Libyan court has sentenced a young man to death for “apostasy from Islam.” According to the Libyan al-Jumhiriyah channel, the verdict was issued against a young man named Diya’ al-Din Bil’awa, who graduated from the College of Information Technology in 2018.

Diya’ was also described as a hafiz — one who had memorized the entire Koran — suggesting that he was once a member of the Islamic clerical class, thereby making his apostasy all the more scandalous.

It is unclear how the accused’s apostasy has manifested itself — whether he had converted to Christianity, as is often the case with Muslim apostates, or whether he had become an outspoken atheist/agnostic.

According to al-Jumhiriyah, sometime in 2019, the accused was “offered” to retract his apostasy and rejoin the fold of Islam, but he refused to do so.

What is clear is that the apostasy law being cited was established in Libya’s penal code after the “Arab Spring” overthrow of Muamar Gaddafi, when “We [the U.S.] came, we saw, he died,” to quote a then cackling Secretary of State, Hillary Clinton.

This development is another reminder that, as with every other Middle Eastern nation that experienced what the Western media long portrayed as an “Arab Spring” — a supposed overthrow of tyranny and authoritarianism, replaced by liberalism and progressivism — so too has Libya, home to where 21 Coptic Christians had their heads severed off for their faith in 2015, taken a turn for the worse.

In neighboring Egypt, it was also just reported the other day that a Cairo appeals court confirmed a five years’ imprisonment sentence (with hard labor) for another young man, the Copt, Marco Guirguis Shehata, who is charged with “deriding Islam.” The accusation is based on “evidence” found on his smartphone, which Marco had said was stolen at that time. His father, a modest iron smith, in Kena, north of Luxor, and his entire family were devastated by the unexpectedly harsh sentence.

These two cases — a man sentenced to death for “apostasy” in Libya, and another sentenced to five years’ imprisonment with hard labor for “deriding Islam” in Egypt — come within just one week of the tragic case of “Baby Shenouda”: Egyptian authorities snatched a four-year old child from his adoptive, Christian parents, and sent him to an orphanage, where he was forcibly “returned” to Islam. The reason for such an inhumane reaction is that Egypt is governed by sharia, which not only bans adoption, but teaches that every human is a sort of prototypical Muslim on birth; they only “lose” their Islam when taught false things or religions — hence the urgent need to remove this child from otherwise loving but Christian parents.

Surely it is high time for the civilized world to acknowledge sharia for what it is — the antithesis of human rights?