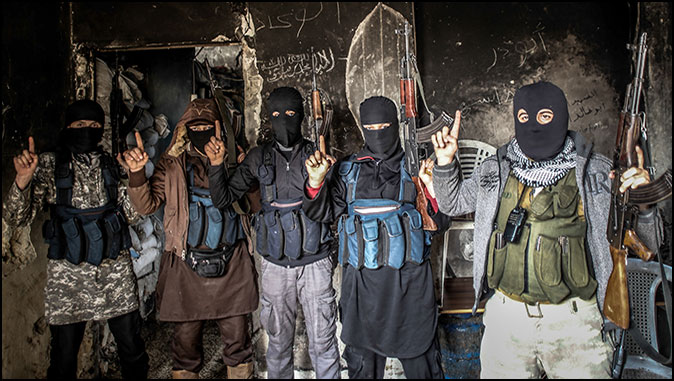 Al-Qaeda Calls For Murder of Americans In First Magazine Issue Since 2017
Gee, what has changed since then?
By Robert Spencer

In April 2017, Al-Qaeda in the Arabian Peninsula (AQAP) released an issue of Inspire magazine, its glossy, slickly produced online magazine that praises jihad murderers and calls on Muslims to commit more acts of jihad terrorism. After that, Inspire went silent – until now. The first new issue in four years has just appeared, heaping praise upon the Colorado jihad mass murder Ahmad Al-Issa (who was called “Alissa” in establishment media reports which, as usual, glossed over his identity as a jihadi) and calling for more such attacks. The timing is interesting. What has changed between 2017 and now to make al-Qaeda think that it’s safe to start calling for the murder of Americans again?

The answer to that question is clear, and it’s sitting in the Oval Office right now. Anyone whose mind isn’t completely clouded over with Leftist propaganda is aware that Biden’s handlers’ administration projects weakness to the world, and that weakness is an opportunity for al-Qaeda, the Islamic State, and other jihadis the world over, including those who are running the Islamic Republic of Iran. Hassan Danaeifar, the Islamic Republic of Iran’s former ambassador to Iraq, recently crowed about this weakness, and the opportunity it afforded to the enemies of the beacon of the free world: “I believe that that current president is not a two-term president. He is a president who cannot make decisions. The Americans have been unable to make a decision with regard to Syria. They have made half decisions and failed to accomplish their plans – not only in Iraq, with regard to ISIS, but also in Syria, and in Lebanon. When we examine the region, we see that on various issues, the Americans have taken a passive position. This passive position spells the imminent collapse of America. You can rest assured. You and I have witnessed the fall of the Shah and that of the USSR, and we shall witness the fall of America.”

Maybe. Maybe not. But there is no doubt whatsoever that Iran and al-Qaeda and others will be taking advantage of Biden’s handlers’ weakness in order to advance their goal of destroying the United States. The new issue of Inspire envisions Muslims in the United States helping further that goal by mounting lone wolf jihad attacks that ultimately overburden law enforcement and intelligence services and bring about their collapse. Entitled “Praise and Guidance,” the issue assumes that jihad is not the inner spiritual struggle of establishment media myth. It is, rather, warfare against non-Muslims that is a religious duty for all Muslims “with strength and ability, until the U.S. stops its oppression against Muslims, stop supporting the occupier Jews who are oppressing our brothers in Palestine, and stop all its intervention in Muslim countries.”

The issue also pays homage Al-Issa as a warrior of jihad and calls on Muslims to “follow his path in carrying out attacks against the American enemy, whether inside its homeland, which is preferred, or outside.” It points out that Al-Issa was a Syrian migrant to the United States, which suggests that more jihadis should take advantage of Biden’s handlers’ open-borders policies to get into this country and start killing.

Echoing Hassan Danaeifar’s analysis, the issue crowed that Al-Issa’s jihad massacre “deepened the division among the American people, among right and left and among Republicans and their supporters and Democrats and their supporters.” The magazine calls upon Muslims to exploit and exacerbate those divisions with more attacks, offering grisly advice about how to mount a successful jihad massacre: “Try to always choose a location where it is hard for those gathered to find shelter, hide, or escape. Do this to ensure that the largest number of people are killed….Give your attack a destructive or explosive mark by manufacturing your own IEDs, using instructions listed in Inspire magazine, or preparing bottle bombs, known as Molotov cocktails. Take them [the explosives] with you to set a fire in the location of the attack. Take match boxes or a lighter and explosive material to burn the place. This will double the impact of the operation on the enemy economically, psychologically, and media-wise.”

The establishment media and the national security apparatus has begun to speak about the jihad threat as a thing of the past, far smaller today than the phantom threat from “white supremacists” which is getting the lion’s share of their attention. But jihadis are working to use the obvious weakness of those elites to remind them that the global jihad, which has continued uninterrupted for 1,400 years, is not a thing of the past just yet.