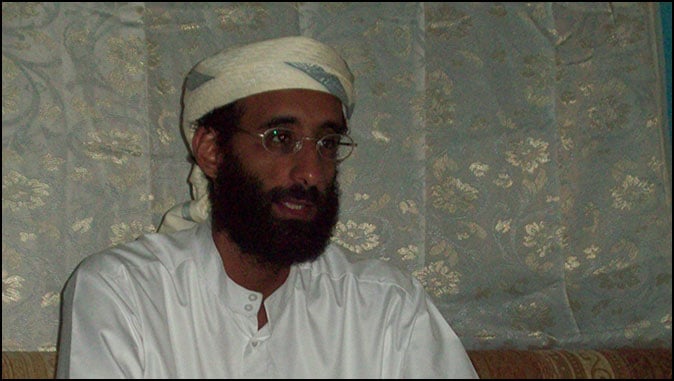 A Moderate Muslim Explains How 9/11 Affected His Community
Just one catch: he turned out to be a terrorist mastermind.
By Robert Spencer

In the aftermath of the September 11 jihad terror attacks, many Americans, being decent people, were concerned that innocent Muslims would be victimized. George W. Bush said on September 17, 2001: Moms who wear cover must be not intimidated in America. That’s not the America I know. That’s not the America I value….Those who feel like they can intimidate our fellow citizens to take out their anger don’t represent the best of America, they represent the worst of humankind, and they should be ashamed of that kind of behavior.” Numerous media outlets also showcased Muslim moderates in an effort to demonstrate that not all Muslims were jihadis or approved of 9/11. One of these was National Geographic, which published an article called “Attack on America: An Islamic Scholar’s Perspective,” featuring an imam they presented as a voice of reason and moderation: Anwar al-Awlaki, who turned out to be an international jihad mastermind.

National Geographic’s feature, published on September 28, 2001, is instructive reading. It epitomizes the post-9/11 anxiety, which so many shared, to demonstrate that they weren’t “Islamophobic,” and their inability to distinguish Muslims who rejected jihad violence and Sharia oppression from those who were feigning that rejection to lull infidels into complacency.

Awlaki, who is identified as “imam of Dar Al Hijrah Islamic Center in Falls Church, Virginia, and the Muslim chaplain at George Washington University in Washington, D.C.” He immediately struck a victimhood pose that has become drearily familiar in the years since then: “Imam Anwar Al-Awlaki says many people view all Muslims as guilty of terrorism ‘by association’ with suicide bombers from the Middle East and expect Muslims to apologize even when they are blameless.”

Regarding 9/11, Awlaki claimed: “First of all, many of us, as soon as we saw what happened, hoped that the ones doing this were not Muslim or Arab because we had already experienced a backlash in the Oklahoma City bombing and the earlier attack on the World Trade Center. There is still this guilt by association. We are viewed as guilty even though we might not have anything to do with [a bombing]. There is an expectation that Muslims should apologize for something that they never did. That was something I heard echoed by a few Muslims.”

Awlaki claimed that Muslims suffered even more than others because of the attacks: “For Muslims, I think it was a very complicated issue because we suffer twice. We’re suffering as Muslims and as human beings because of the tragic loss for everyone. And then in addition, we suffer the consequences of what will happen to us as an American Muslim community since the perpetrators are, so far, identified as Arabs or Muslims. I would also add that we have been pushed to the forefront because of these events. There has been huge media attention towards us, in addition to FBI scrutiny. In some places they have been going through some difficult times.”

The imam flatly rejected the idea that Islam had anything to do with the attacks: “Islam does not approve of this. There is no way that the people who did this could be Muslim, and if they claim to be Muslim, then they have perverted their religion.” He defined jihad in a way that minimized its violent component, and omitted all mention of the Islamic concept of offensive jihad, summed up in the Qur’an: “Fight them until there is no more fitna [persecution] and religion is all for Allah” (8:39). If Muslims must fight until “religion is all for Allah,” there is no end to the war until all are Muslim or have submitted to Muslim hegemony. But Awlaki said: “The linguistic meaning of the word [jihad] is ‘struggle.’ The jihad of the individual would be to struggle against the evils of oneself. Therefore, it’s a continuous process of improvement. It is striving to become closer to God. That’s jihad for the individual.” He went on to discuss defensive jihad, but never gave a hint of the existence of offensive jihad.

In the ensuing years, Awlaki was involved in numerous jihad plots and was ultimately killed by an American drone strike. He was not a moderate at the time of his death, or at the time of his National Geographic interview, or at any other time. His National Geographic interview stands as an object lesson in what can happen when non-Muslims are so avid to find a moderate Muslim that they grab the first claimant to the title without knowing enough about Islamic theology or law to be able to make a sober assessment of the claimant. When it comes to the unseemly rush on the part of many organizations to give their anti-terror efforts the appearance of legitimacy among Leftists by showcasing a “moderate,” sobriety has nothing to do with it.

When 9/11 Was a Day of Victory and Pride