The F-3 is going to be an important plane for the JSDF in the decades to come. 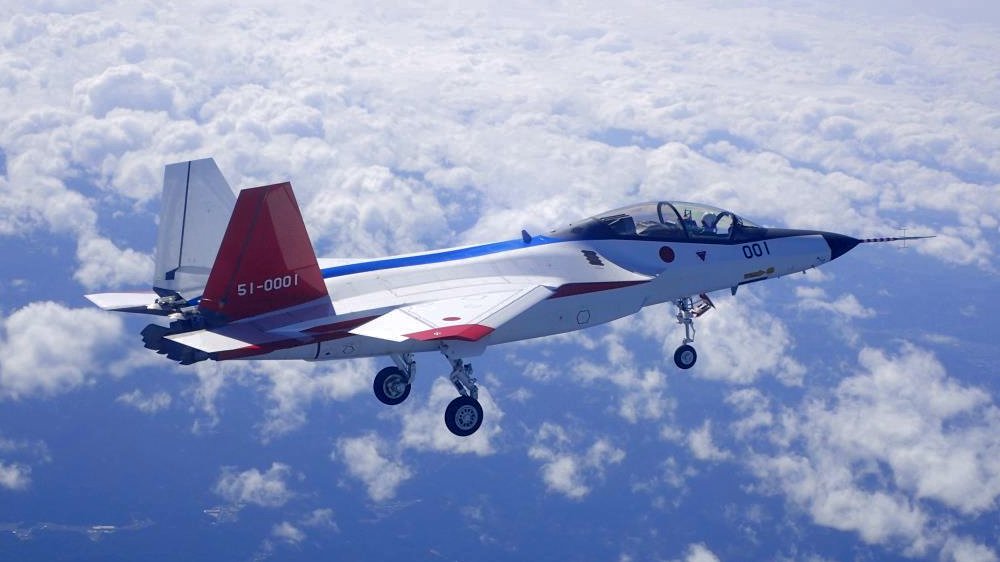 Key Point: The F-3 is also a way for Japan to maintain its domestic aerospace design capability.

In February 2019, Japan turned heads with its decision to proceed with the development of an indigenous stealth fighter jet. This came in the wake of the decision to purchase more than one hundred American F-35 jets, and the supposed cancellation of the Japanese X-2 stealth fighter prototype in 2018.

The Japanese Ministry of Defense announced the move to develop the new fighter, currently named Future Fighter or F-3 as part of their Mid-Term Defense Program (MTDP) that lays out modernization and procurement decisions for the Japan Self-Defense Forces (JSDF) for the next ten years.
The addition of a new fighter to Japan’s MTDP is a surprise but not out of character. The last revision of the MTDP significantly increases defense spending in response to what Japan perceives as a worsening security situation in the region.
But what will the F-3 actually look like?

According to the Japanese MoD, the F-3 is expected to replace Japan’s Mitsubishi F-2 fighter jets. The F-3 is a single-engine light tactical fighter developed from the American F-16, with the addition of Japanese technology.
At the turn of the millennium, it was one of the most advanced fighters in the world, featuring an AESA radar and composite materials for limited radar cross-section minimization. It also had increased wing area to be able to carry powerful anti-ship missiles. The last production F-2 rolled off the line in 2011 and the type is expected to exit service in the 2030s.

However, based on earlier projects the new F-3 may not look much like the F-2. Being based on the F-16, the F-2 is a single engine design. But the two airplanes that were offered for the new Japanese stealth fighter contract are both double-engine designs.
There could be a few reasons for this. Double engines are an advantage when patrolling over large distances as they provide for increased reliability and the ability to restart one engine in midair with power from another. Also, the F-15J, itself a double-engine design might be reaching the end of its lifespan as well around the same time being introduced into service earlier than the F-2, and the new design could be slated to replace both airframes in service.

So how does the F-35 fit into this picture as a single-engine fighter itself? Wouldn’t it be more logical for the F-35 to replace the F-2?
The hundred or so F-35s Japan plans to buy will probably lead to the phasing out of the extremely old F-4EJ fighters, of 1970s vintage, which are of dubious utility in modern air combat. It also provides a relatively combat-ready boost to Japan’s airpower, as opposed to waiting for the X-2 to finish development.

Since Japan is buying F-35Bs, they could also potentially be based further forward and on austere airfields (as well as on the Izumo). This could allow Japan to generate airpower on the more remote islands of its chain that lack developed airfields, something that the F-3 will unlikely be able to do as a conventional jet.
The F-3, on the other hand, will probably have a larger internal weapons bay than the F-35 (given that it’s replacing the F-2, which also carries more than its American counterpart) and feature more advanced strike capability. Japan also fields two-seat versions of the F-2, and the F-35 is not currently offered or being bought in that configuration, so the F-3 is likely to be developed into a two-seat version for more demanding strike missions or possibly use as a “mothership” that can control future combat drones.

The F-3 is also a way for Japan to maintain its domestic aerospace design capability. The decision to adapt the F-2 from the F-16 was already controversial in Japan due to the limited technology transfer that took place from the Uniteed States to Japan, so it’s possible that the Japanese MoD is offering a concession to the domestic aerospace industry with F-3 procurement. Unlike some other F-35 partners, Japan is playing a minor role in producing the aircraft for the JSDF.
Regardless, the F-3 is going to be an important plane for the JSDF in the decades to come. It must stand up to China’s rapidly developing air force while still being economical enough to procure in number. It may even have a chance to compete on the export market, as Japan loosens its military export restrictions. If it fails, Japan’s domestic fighter design capability might fail with it.
You must log in or register to reply here.
Share:
Facebook Twitter Reddit Pinterest Tumblr WhatsApp Email Link
Top