In Top Gun sequel, Tom Cruise's Maverick doesn't pilot his F-14 Tomcat, but has a new fighter jet that should bring a modern feel to a nostalgic film. 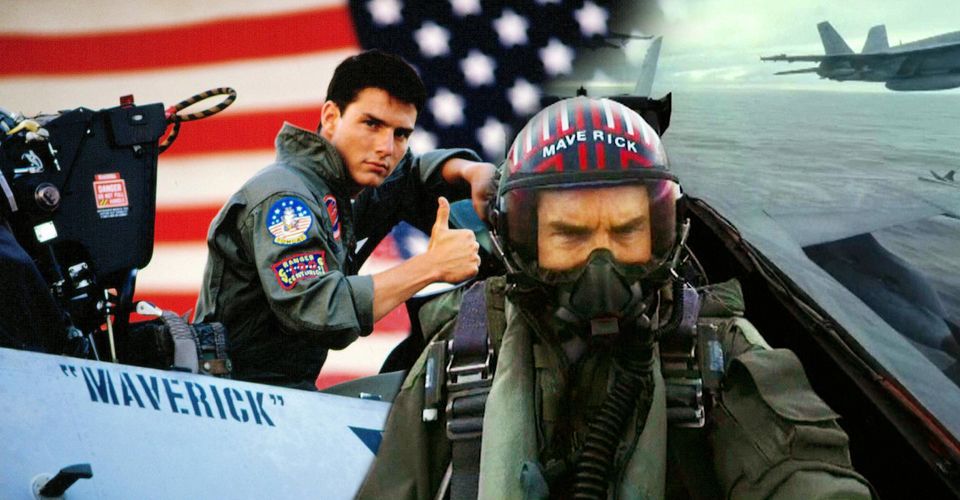 With Top Gun: Maverick set to release soon, many fans are excited to re-enter the danger zone with Pete “Maverick” Mitchell (Tom Cruise). However, this time around Maverick won’t be piloting his famed F-14 Tomcat from the original film, but rather a more modern and agile aircraft.

Throughout the original film Top Gun, Maverick piloted the F-14 Tomcat. The plane was built in the early 1980s to defend the Navy’s carriers from potential soviet attacks, mainly bombers. The F-14 Tomcat was designed to intercept these bombers at high speeds in enough time to keep the carriers out of range of an attack. The F-14 Tomcat boasted a large radar along with the AIM-54 Phoenix air-to-air missile, which could be carried in clusters of up to six on the aircraft. Additionally, the craft could hit speeds up to 1544 mph (miles per hour) making it ideal for intercepting other aircraft. Over time, the F-14 Tomcat became less popular due to their cost to maintain and difficulty to operate. Ultimately, the aircraft was retired in 2006.

In Top Gun: Maverick, the ace pilot will now be flying the F/A-18F Super Hornet. The Aviationist posted leaked photos from a Hollywood gossip site back in September of 2018 that showed a F/A-18F Super Hornet with “Capt. Pete Mitchell ‘Maverick’” labeled on its side, along with a blue stripe and three fighter jet markings, most likely for the three fictional MiG-28s he shot down in the original film. 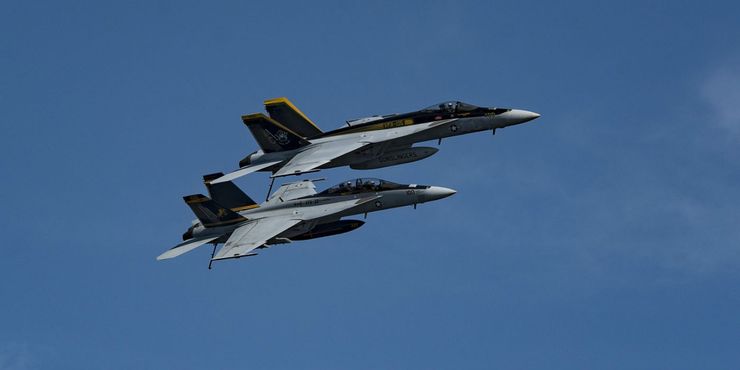 Fans should also be excited because even though the F-14 Tomcat has been retired, at the very end of the Top Gun: Maverick trailer, the plane can be seen flying over snowy mountaintops. It is unknown if Maverick will once again fly his famed F-14 Tomcat or whether it was just a flashback. Find out for yourself on June 26, 2020 when Top Gun: Maverick makes its anticipated release.

The F-18 isn't exactly a modern fighter, though it is newer than the F-14.

I used to love the movie Top Gun, but when I found out that Tom Cruise was a Scientologist it changed my opinion of it. Any time I see Tom Cruise now I cannot believe that he thinks he is an alien in the form of a human body! I doubt that I will go see the new movie because I don't want any of my money going to support Cruise or Scientology.

I'm curious as to if they will explain how Cruise's character, given the Navy's "Up or Out" policy, is still active and only a Captain.

Tall Timbers said:
The F-18 isn't exactly a modern fighter, though it is newer than the F-14.
Click to expand...

You are right. The F-18 is a brilliant 4th generation fighter. Not fifth. Not stealthy, but the next best thing in the Navy's arsenal. I liken it to the Air Force's F-16. I wouldn't want to go head to head with either one.

Sorry, it pains me to look at Cruise, knowing how far “out there” he is within scientology. Praying for him to repent.

I just try to enjoy the movie itself. I've always loved fighter aircraft and gone to a lot of airshows. Good thing I wasn't accepted into the Air Force or I would have tried to become a pilot and that wasn't God's will for me, so I can only imagine.

A new full-length trailer for “Top Gun: Maverick,” the highly anticipated sequel to the 1986 classic aviation movie, dropped Monday, giving fans their best look yet at what to expect when the film premieres in 2020.
“Top Gun: Maverick” sees Tom Cruise’s character, Pete “Maverick” Mitchell, return to the skies in order to train a new, younger crop of U.S. Navy fighter pilot cadets. The trailer not only shows Cruise back in the cockpit for the first time since the original “Top Gun” but also gives fans their first real look at newcomers including Miles Teller, Jon Hamm, Glen Powell, Monica Barbaro and Jennifer Connelly after dropping a brief teaser trailer in July.

Cruise himself released the trailer on his Twitter account Monday with the caption, “See you in the sky.”

The trailer opens with Maverick being introduced as a new instructor to a newer generation of pilots that seem by-and-large unfamiliar with his past exploits. Although the new trailer is heavy on nostalgia for the first movie, featuring a voice-over recounting Maverick’s storied record as a pilot, it seems he’ll have to deal with new threats as well as adapt to how the world of aviation has changed in the more than 30 years since he’s been away.
However, it also hints at some rather turbulent times for the character and his new cohorts, showing fights in the air and on the ground as well as Maverick seemingly saluting a casket at a military funeral.

Unfortunately, the trailer is short on any further plot details other than depicting Maverick back in the skies in what seems to be an advanced, high-tech plane of some sort.

In addition to seeing the return of Maverick, fans are given their first look at hisreported new love interest in the movie, played by Connelly. Meanwhile, it was previously revealed that Teller’s character has direct ties to the 1986 original film. According to USA Today, Teller plays the son of Nick Goose Bradshaw, played by Anthony Edwards in the first film. After Goose died, he left behind a son that apparently took up his late dad’s vocation. Now it seems it’s up to Maverick to set him on the right path.

“Top Gun: Maverick” is currently scheduled to hit theaters in the summer of 2020.

I just can't support anything made in hollywood anymore. I used to love watching movies. The general atmosphere of vitriol and hatred directed at all things wholsome so prevalent in the current hollywood culture...nope-nope-nope! They will get no money from me. 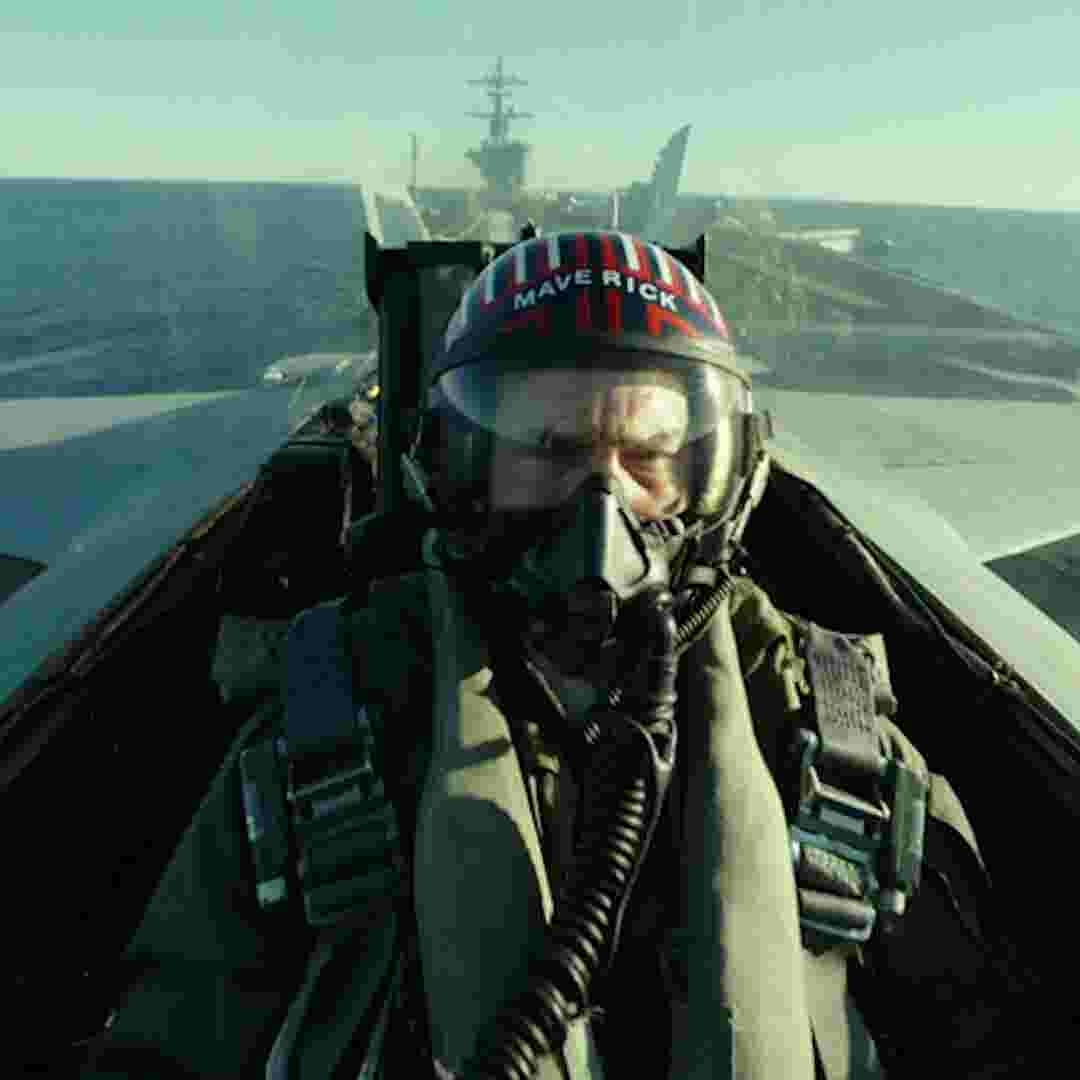 Tom Cruise is no slacker when it comes to doing his own action movie stunts. But does he really need to be flying his own fighter jet as six cameras record his every move inside of the cockpit for a film?
Yes, absolutely he does!
And that's what the star, and some of his cast mates, have done for "Top Gun: Maverick," the highly anticipated sequel that arrives 34 years after the original.
In a featurette for the movie released Wednesday, Cruise defends his decision to eschew CGI for actually piloting a jet. "You can't act that, the distortion in the face. They’re pulling 7½, 8 G's. That’s 1,600 pounds of force," he says.
So it's no surprise that the video shows actor Danny Ramirez nearly vomiting in the cockpit.
"It is heavy duty," says Cruise. No kidding.

Adds new co-star Miles Teller, who plays Goose's son, "Rooster": "Putting us up in these jets, it's very serious. That's why everybody thought it would be impossible. I think when Tom hears that something's impossible or it can't be done, that’s when he gets to work."

In "Top Gun: Maverick," Cruise's character, Pete "Maverick" Mitchell, is a test pilot who finds himself training a detachment of Top Gun graduates for a specialized mission, "the likes of which no pilot has ever seen," according to a release from Paramount.
But Cruise, 57, seems up for the challenge of acting as the leader for such a mission. Even if it makes him woozy and out of breath, as we see in the new promo clip.
"Top Gun: Maverick" is set for theaters in June.

I doubt I’ll see it in the theater, but I’ve been looking forward to it for a long time.

Kerbluey said:
I doubt I’ll see it in the theater, but I’ve been looking forward to it for a long time.
Click to expand...

I'm going to wait for the DVD. Don't like theatres anymore.